<Confidential Assignment 2: International>, or just “Confidential Assignment 2” for short from hereon out, is the sequel to the 2017 K-movie, <Confidential Assignment>, and picks right back up from where it left off. The film was directed by Lee Seok Hoon, who also did <The Himalayas>, <The Pirates>, and <Dancing Queen>, and saw the two main leads, Hyun Bin and Yoo Hae Jin, return for the sequel, as well as Yoona, and two new faces of Daniel Henney and Jin Seon Kyu. And I must say, excellent performances by all of them – I’ll get more into this later.

The synopsis is as follows:
The ‘Confidential Assignment’ is back, stronger than before – this time, as a trio! In order to catch the global crime organization hiding in South Korea, Detective Kang from the ROK, Agent Rim from North Korea, and Jack from the US’ FBI come together to join forces. The three musketeers butt heads at first, allowing the crime organization’s leader Jang to escape multiple times. But as they buckle down and get to work, the notorious criminal is at arms reach. Meanwhile, the questionable “love signal” between Agent Rim and Min Young turns into a “love triangle” with the introduction of Jack. Will the trio be able to capture the most-wanted fugitive? Will Min Young find her true man? This time, it’s international!

<Confidential Assignment 2> starts off with full out action, and then turns into a comedy once Yoo Hae Jin comes on screen. And man oh man did this movie do both genres so well. There were numerous humorous scenes, ranging from chuckle-worthy to laugh-out-loud funny throughout the film, and also executed the action sequences superbly as well. Yoo Hae Jin and Yoona were mainly in charge of the laugh department, and Hyun Bin and Daniel Henney commanded the action division – but that’s not to say that there wasn’t a blend of the two. All actors had some degree of both genres mixed into their roles, and I must say, they gave good individual performances, but all together, they shined and were amazing.

And that goes to show that the film had great casting. Each and every one of the actors fit perfectly with their roles, and there was amazing chemistry between the cast members. You can tell they had a good time filming this, as that translates to the audience when watching, and the members seem like actual good friends in real life. 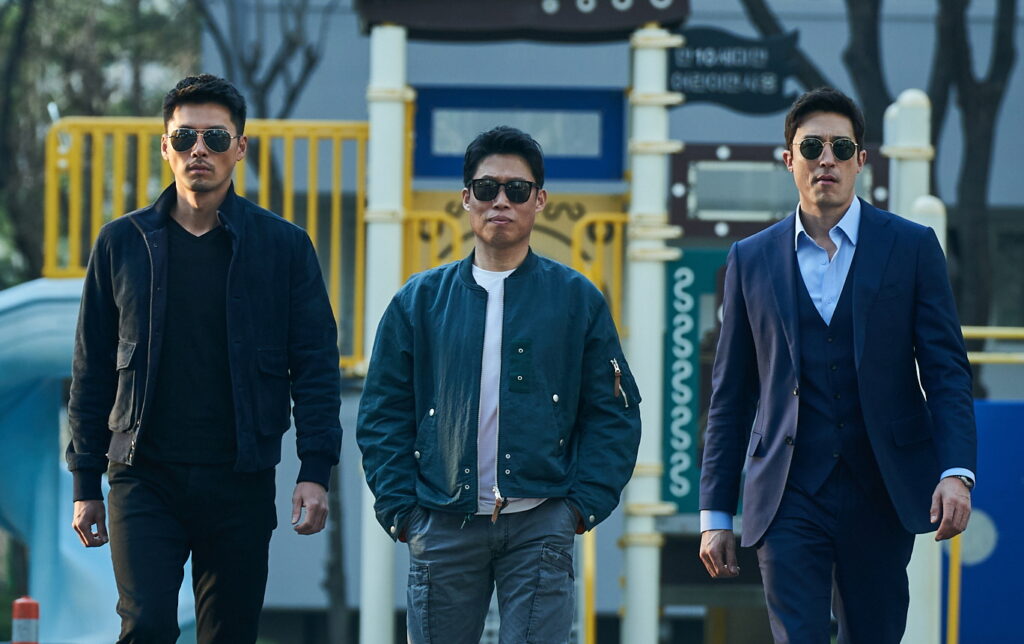 The returning members Hyun Bin and Yoo Hae Jin were as great as they were in the prequel, and with the addition of Daniel Henney, the greatness doubled. But what made the film even more better, were the comedic tone of Yoona as well as the new face of Jin Seon Kyu. Yoona has really made a name for herself as an actress, and she’s so good in that comedic genre – I first noticed this with her performance in <Exit>. Moreover, Jin Seon Kyu returned to the villain role following his breakout performance in <The Outlaws>, and my oh my was he just as good in this.

As mentioned, the chemistry between the actors translates and is reflected to the audience, and to expand a bit further on this, <Confidential Assignment 2> knows how to communicate and play with the audience. The screen-to-audience relation was wondrous, and is enjoyable by all people of all age. It’s, dare I say, one of the best comedic action flicks out of Korean cinema recently. I say it’s up there with another relatively recently released film, <The Roundup>. It’s hard to live up to the original with sequels, but ironically enough, the two best Korean movies thus far this year were sequels; this and <The Roundup>. 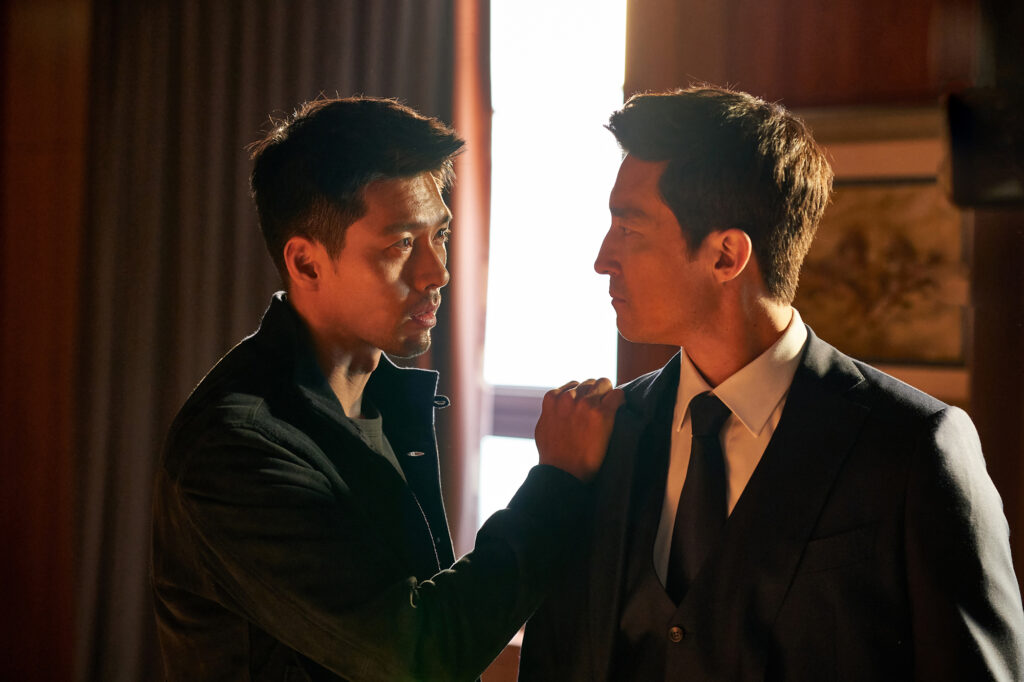 As with majority of films of this genre, the story isn’t a very solid one. That’s not to say that it was bad, necessarily, but nor is it out of this world. There were some cliche and predictable parts, but then again, that’s kind of expected from a light comedy such as this.

Furthermore, there were some clashes of tones here and there. As mentioned, the movie starts off with full-out action and then also introduces full-on comedy as well. Sure, the film did both very well. However, I did notice that there were moments where the tone of one overrode, or moreso clashed with, the other. Again, not saying that the film didn’t execute the genre of action or comedy well. No no, it did both very well – but there were some conflicting tone overlaps at moments.

And lastly, another nitpick, but the film didn’t have the best CGI in certain parts. 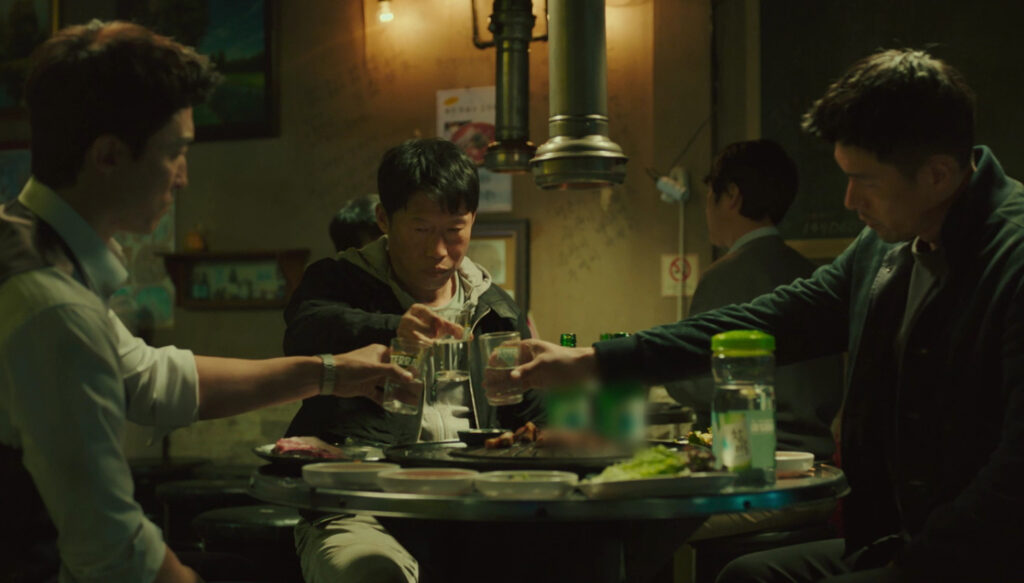 <Confidential Assignment 2: International> was a great comedic action flick that’s highly recommended if you’re looking for something to have a good, light time with. I’m sure you’ll find yourself smiling and laughing, while also enjoying the high action parts as well.