Hello everyone, and welcome back to another Korean movie review by EonTalk. Today’s written movie review will be on the drama film out of Korean cinema, <Miracle>.

<Miracle> is a drama film with elements of romance and comedy, and revolves around a boy that is desperate to build a way station for his town. A “way station” is defined as “a station set between principal stations on a line of travel,” such as a railroad in this case; so in other words, a smaller station set between two larger ones. The movie was directed by director Lee Jang Hoon, who only has one other work under his belt, but a great one: <Be With You>. Now that I think about it, both movies in his filmography have a similar, common tone; cutesy and emotional with touching moments. However, I will say <Miracle> has much more of a comedic play in it.

The film is said to be based on a true story, but I’m not too sure to what extent the narrative is true. If I had to guess, I’m assuming up to the protagonist fighting for the establishment of a new way station, and writing to the president in pursuit of his dreams. <Miracle> starred the leads Park Jung Min, Lee Sung Min, Lim Yoona, and Lee Soo Kyung, all of whom were amazing. I’ll get into this more later. But first, let’s take a look at the detailed synopsis of <Miracle> before getting deeper into the review.

The synopsis is as follows:
The only way to and from the town Jun Kyung lives in is via the railroad. There’s just one problem: The town doesn’t have a train station. And so, Jun Kyung has one and only one goal: To create a train station for his town. In order to accomplish his goal, he starts sending letters to the president. However, there’s been virtually no results, and he sent 54 letters with no response. His father keeps telling him to give up, but Jun Kyung has set his mind on attaining his dream. At school, he meets Ra Hee, who lends a hand at attaining Jun Kyung’s goal. From trying to participate in a quiz show to winning a presidential math competition, the duo tries anything and everything that can give them the opportunity to make the station, but will they be able to build the way station?

First, I loved the color tone of the movie, and how well it portrayed the older feel reflecting the time it’s set in. It gave immense scent of nostalgia. I also absolutely loved how cutesy the film was. There were lots of cute and humorous moments in the first half, and I personally think the title of the film, “Miracle,” is a great title as it fits the spirit of the movie perfectly.

Getting into each actor, of course, Park Jung Min was amazing as always. He’s such an incredible actor, and he’s able to play such a wide range of characters. He hit it out of the park again with his performance in this.

Moving onto Yoona, Yoona doesn’t age. She’s still just as pretty and gorgeous as when she first debuted with Girls’ Generation 14 years ago. Her acting has gotten a lot better, and I first noticed her improvement in acting in the film <Exit>, and through that and <Miracle>, we can see just how crucial the role of the character needs to fit with the actor in order to have a good performance. 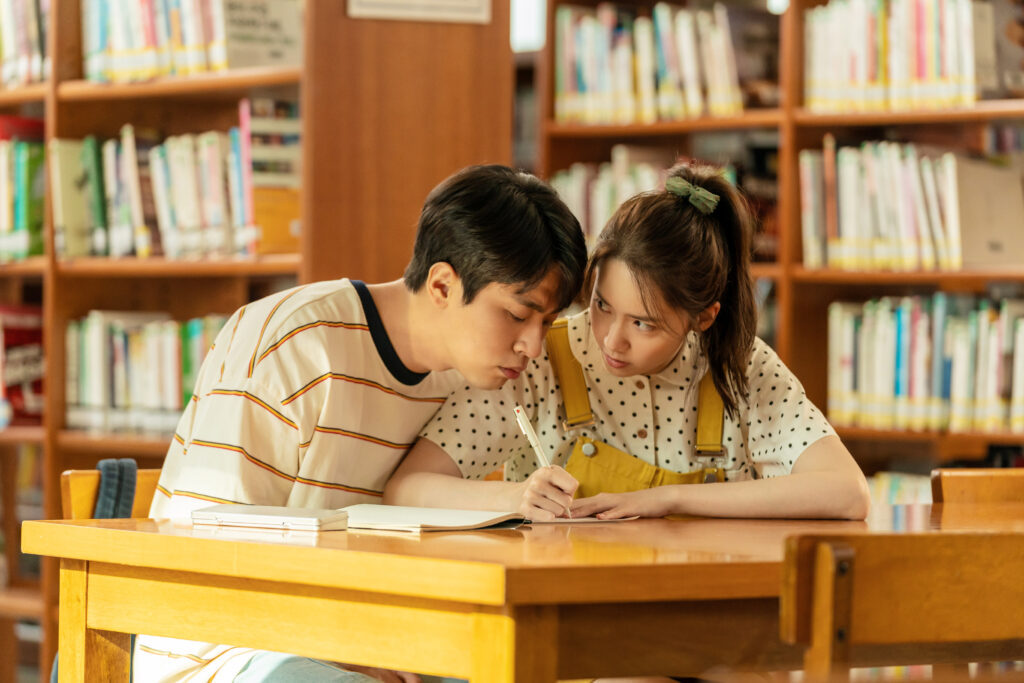 And finally but definitely not the least, Lee Soo Kyung I had the least expectations for, as I hadn’t recalled seeing much of her in other works. Upon seeing her filmography, I noticed she was also in <The Odd Family: Zombie on Sale>. She left a good impression in that as well, but definitely a much bigger one in this. Her chemistry with Park Jung Min in this was outstanding.

I mentioned a few times that the movie was a very cute one, but don’t let that make you assume the movie is a very light, comedic film. Although it does have a lot of humor, the movie takes you on an emotional roller coaster ride. The film starts off with more of the comedic side that I mentioned, but as it progresses and passes the halfway mark, the movie takes a huge turn and the emotions begin. I won’t say too much in order to avoid spoilers, but yeah, there’s a reason the movie is defined as a “drama” film, and not a “comedy.” 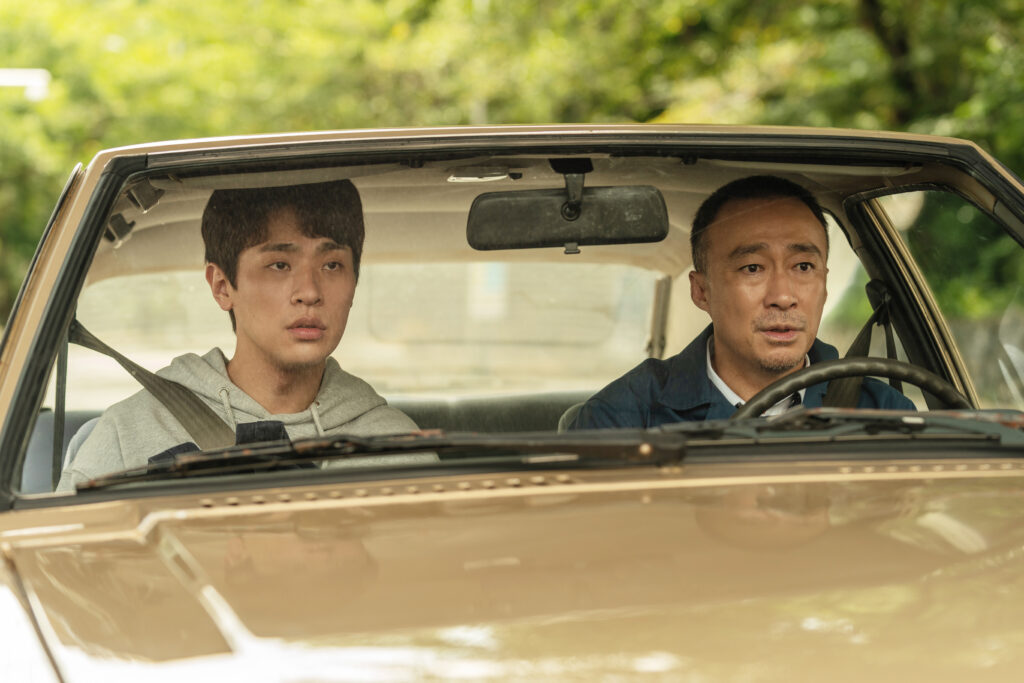 Lastly, the movie had a good story and is generally able to keep you engaged. Although it does get a little loose later on, which I’ll get to in the “bad” parts, the overall narrative was pretty good, in my opinion. There’s an unforeseen event that’s revealed, which I didn’t see coming at all, and that added a big layer on top of the film.

I don’t have too much bad things to say about <Miracle>, but there’s one big one. This is more of a personal matter and can be based on personal preference, but some may find the emotional scenes to be too forced and/or frequent. One thing that I can’t stand are forced emotions, where you can tell they’re trying to get you to shed a tear. And so, personally I found the emotional scenes to be too forced in this. I mean, it was okay at first, but it became kind of repetitive, or more-so prolonged. If it was one or two big, impactful emotional scenes, then I’d be okay with it, but they just kept attacking you with a sad scene, after a sad scene, after another sad scene. Nevertheless, I will say that there were sniffles throughout the theater, so if you are a fan of more emotional movies, this may very well be down your lane. After all the touching moments, though, I loved how the film ended. 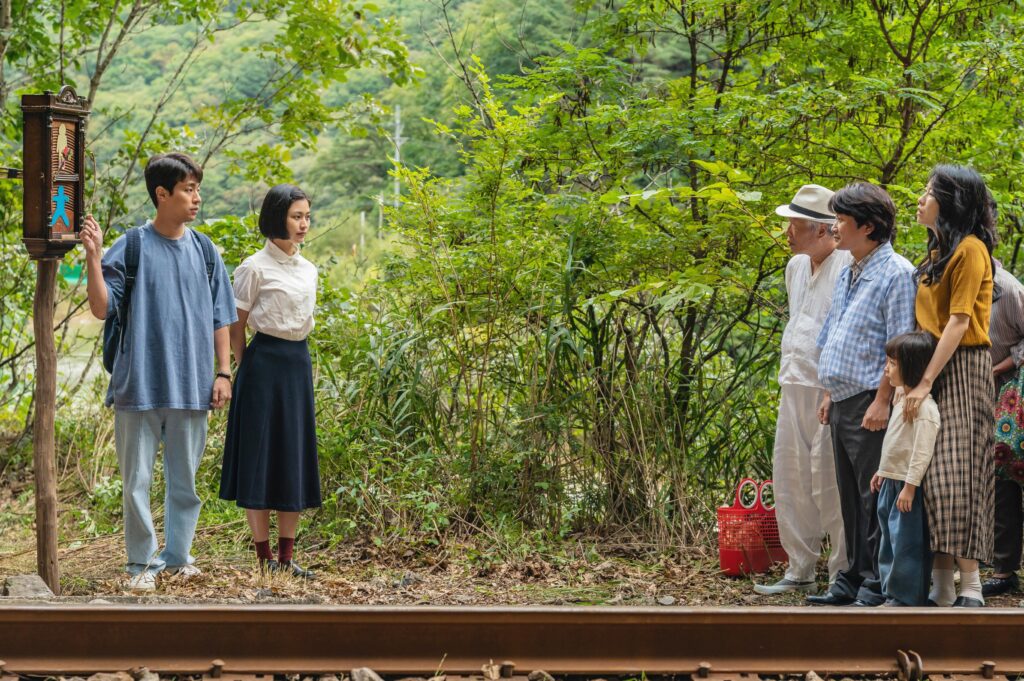 From the performances by Park Jung Min to Yoona to Lee Soo Kyung to even the minor role of the town’s little girl, the movie was extremely cute and adorable, but also gave a big punch in the emotional department as well. The first half is a lighter and more humorous film, and the latter half is more heavy with emotional scenes. Long story short, this may very well be my favorite K-movie of 2021 that released thus far. Definitely recommend giving this a go.