Hello everyone and welcome back to another Korean movie review by EonTalk. Today, we’ll be going over the highly anticipated crime action, <The Roundup> aka “The Outlaws 2.”

Lee Sang Yong, the director of this film, is having his directorial debut with this film, but was on the production team of the prequel, <The Outlaws>, as well as the film <Long Live the King>, both films which were directed by Kim Yoon Sung. Although the director is different from the first, the film had numerous similarities and you can tell Director Lee took a lot from Director Kim’s style.

The Korean title of the film is simply “The Outlaws 2,” whereas the official English title is <The Roundup>. I’m not sure as to why they decided to have a different title for the English version, but I think going with just “The Outlaws 2” for English as well could’ve been a better movie title, since the first has such immense international popularity amongst K-movies, and would be like free promotion for the sequel. 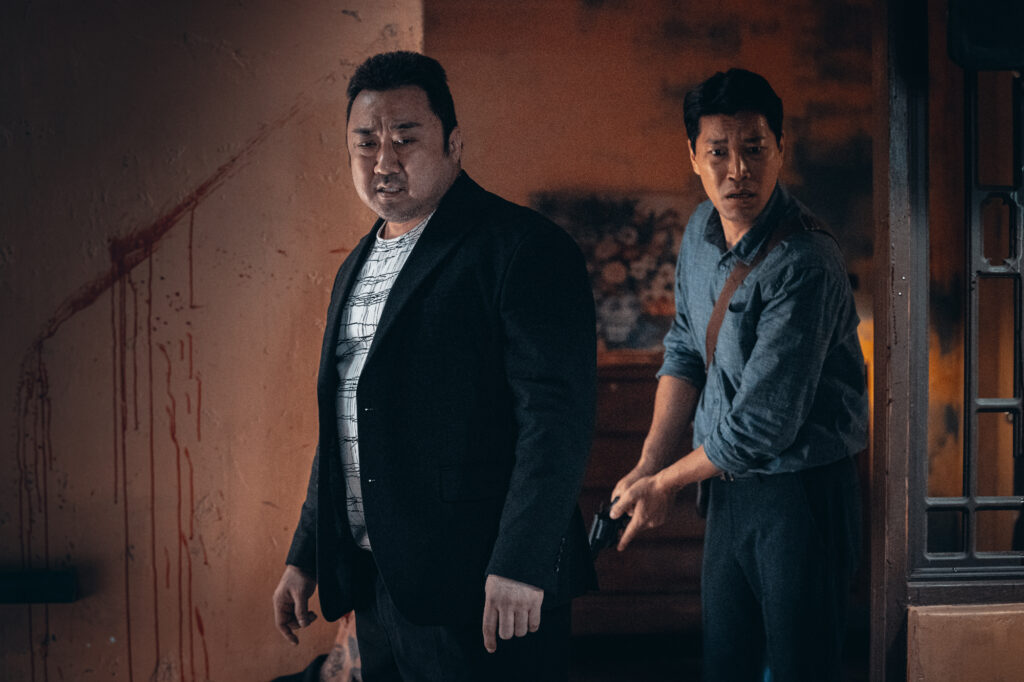 <The Roundup> takes place four years after the operation that wiped out Garibong-dong, and sees the return of the monster detective Ma Seok Do and Geumcheonseo’s strong team carrying out a strong mission. The film sees the return of the first movie’s cast as well as some new faces, including Ma Dong Seok aka Don Lee, Son Seok Gu, Choi Kwi Hwa, Park Ji Hwan, Heo Dong Won, Ha Jun, and more. And from the cast lineup, I think you can get the sense that the movie will be a great, exciting ride.

The synopsis is as follows:
Four years after the operation to wipe out Garibong-dong of crooks, the Geumcheonseo Squad receives a mission to extradite a suspect that fled to Vietnam. The monstrous detective “Ma Seok Do” and the team captain “Jeon Il Man” set out to Vietnam for the assignment. On location, the duo senses some suspicious vibes from the suspect, and learns of the figure “Kang Hae Sang.” Kang Hae Sang is a ruthless criminal who commits merciless crimes, and detective Ma Seok Do and Kang Hae Sang set out to end the savage behaviors of Kang Hae Sang. Going from Korea to Vietnam, and back to Korea, there’s no borders to catching criminals. The Geumcheonseo team are back at it, and the exhilarating and hot-tempered crime-fighting operation unfolds once again!

I’ll be honest, because I enjoyed the first <The Outlaws> so much, I had very high hopes for this film. However, because sequels usually aren’t able to live up to the first original, I thought this would also end up living in the shadows of the first. Boy was I wrong. Maybe because I went into it with a lowered expectation, but I very, very much enjoyed this.

There were lots of similarities with the first movie; from the way it was filmed, the comedic tone it had, the characters, and just the overall flow of the movie really reflected <The Outlaws>. It had humor and funny scenes like the first film, and lots of references to the first film as well. It was as if it picked right up from where it left off, and felt like a continuation with no awkward breaks.

Ma Dong Seok has made a name for himself as a beast. I never get sick of him savaging through everyone and everything in his way. He was beastly as always in this, and his punches were refreshing as always. 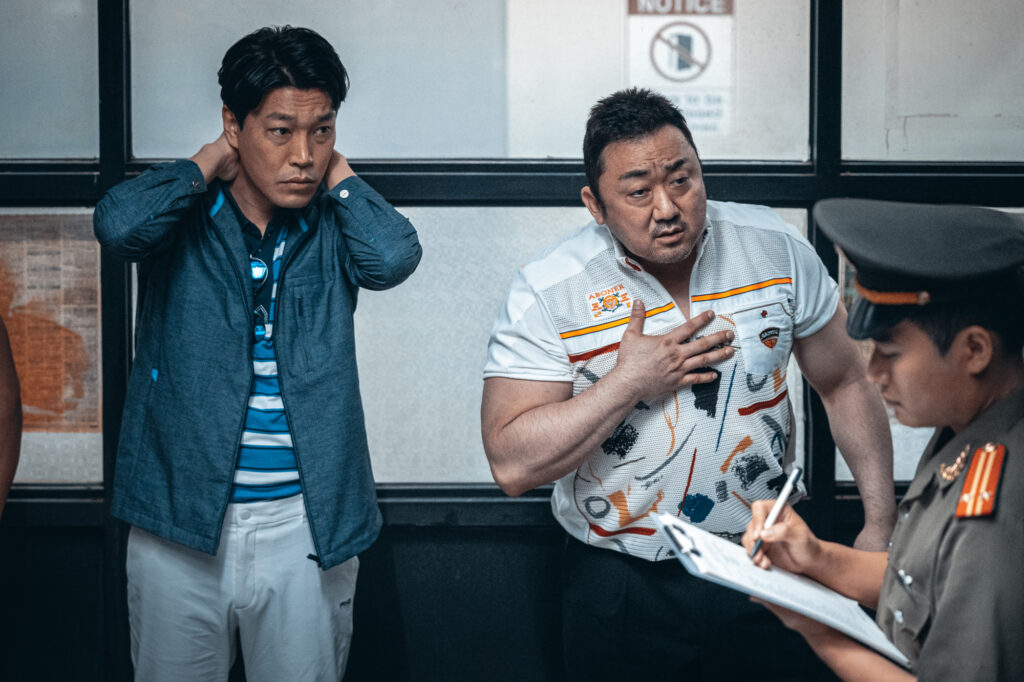 Furthermore, his and Choi Kwi Hwa’s chemistry was great. The way they were able to bounce off each other was hilarious, and where a lot of the humor of the film came from.

Moreover, we were able to see a totally different side to Son Seok Gu. He was almost opposite in character than from his role in <Nothing Serious>. I don’t think Son Seok Gu was always that buff; from <Nothing Serious>, I got the impression that he was more on the slimmer side. However, I believe he bulked up, because he was very well-built in this. He fit well with the antagonist role and put on a chilling performance.

And other than the main cast, there were also lots of familiar faces from the supporting cast as well. It was great to see the members of the police squad back, as well as Park Ji Hwan as well, who was also very funny in this. 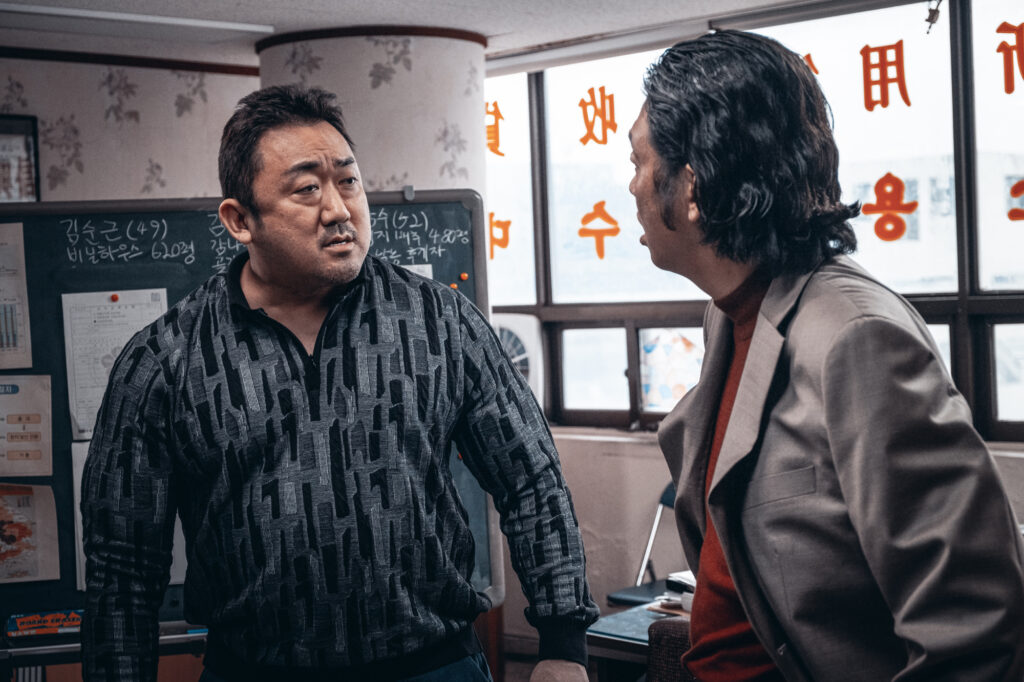 The story of <The Roundup> was loosely based on real events, where those who committed crimes in Korea fled to foreign lands, and kidnapped and threatened the families of the victims for ransom. Because of this, a lot of the film was set in Vietnam. However, because the movie was filmed during the pandemic, the production inevitably must’ve had issues getting the film shot in a foreign land. Therefore, I would think they would’ve filmed majority of the movie domestically. However, they made it very natural and was produced very well. It kind of had vibes of <Deliver Us From Evil> in the foreign country scenes, with the warmer tones used.

I don’t have much bad things to say about <The Roundup>. But to nitpick, one of the most iconic parts about the <The Outlaws> was the character of Jang Chen played by Yoon Kye Sang. Although Son Seok Gu played a good performance, we can’t say it was an icon like that of Yoon Kye Sang. The dialect of the Jang Chen character, as well as many of his lines, were parodied and memed. 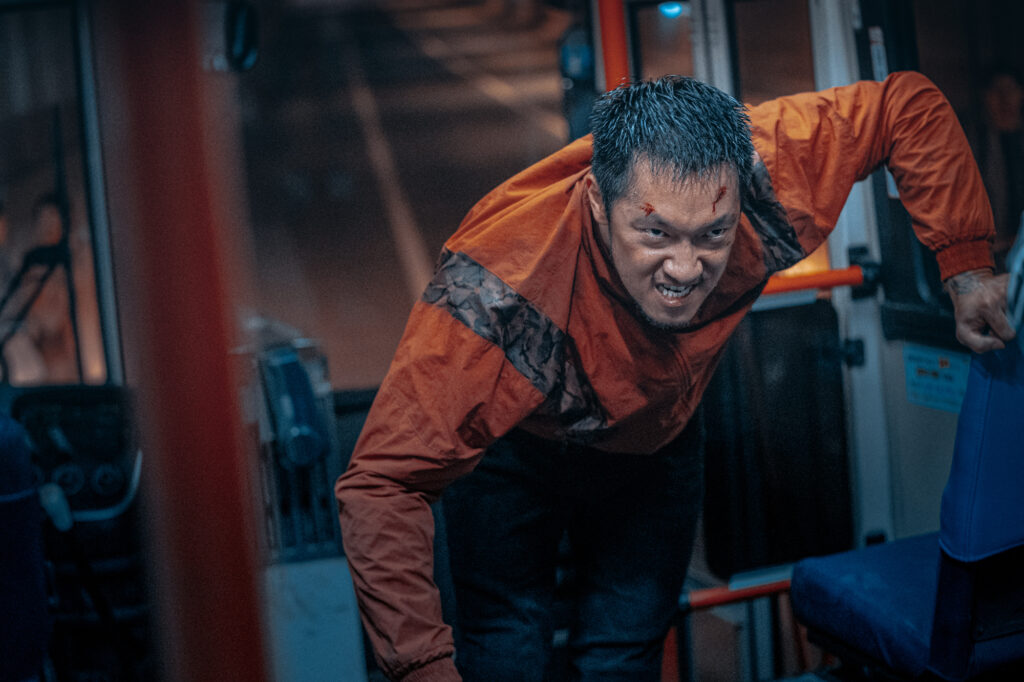 I can’t say that this had that big of a cultural impact, at least not as big as the first. The antagonist role in <The Roundup> had a very different vibe, and the impression left by Son Seok Gu wasn’t as big as that of what Yoon Kye Sang left me. However, don’t get me wrong, as Son Seok Gu was still very good in his role.

<The Roundup> had good action, suspense, some gore (not too much, but similar to that of the previous film), and COMEDY. The film had me at the edge of my seat, clenching the arm rest at the suspenseful, action parts, and also chuckling and LOLing at the humorous parts.

Because the first film, <The Outlaws> was such a success, it’s hard to live up to the prequel. However, this didn’t disappoint! You know it’s a good movie when it could be a good movie as a standalone film, without the first. If you’re a fan of Don Lee, this is a must watch – It’s up there in his top movies list. 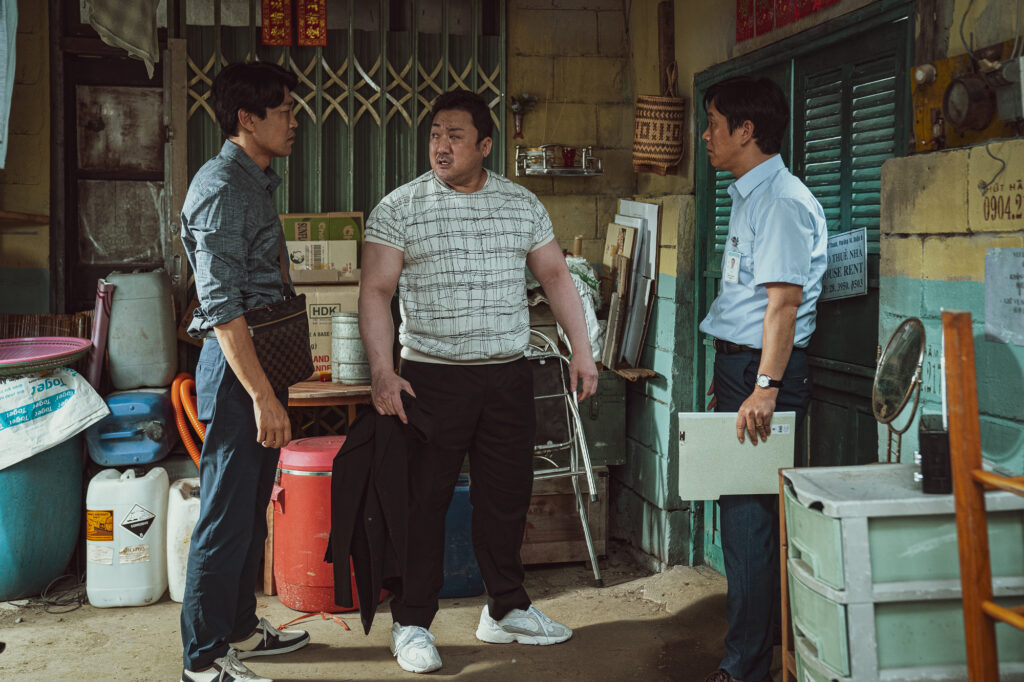