Hello everyone, and welcome back to another movie review by EonTalk. It’s been a hot minute since my last movie review. My last review was on <Josée>, which was in December of last year, but that’s because there were hardly any new Korean movies that released in that time. Basically all movies that were supposed to release in the latter part of December were delayed, and January saw no release of major films. However, there’s some good news, as we saw a lot of new Korean movies in February. And starting off the series of releases, we had <Space Sweepers> that released on Netflix on February 5th!


<Space Sweepers> was directed by Cho Sung-Hee, who also directed <A Werewolf Boy>, and is a new endeavor in terms of genre for Korean cinema: Space opera.

This new SF film set in space starred an all-star cast of Song Koong-Ki, Kim Tae-Ri, Jin Sun-Kyu, and Yoo Hae-Jin. The movie was originally supposed to have a theatrical release last year during the summer, but was delayed due to the pandemic. It was initially delayed to wintertime, December I believe, but was then delayed again, before eventually having a global release on Netflix. This is the third Korean movie that took this approach, the others being <Time to Hunt> and <The Call>, and as I said in my review of those movies, this is a good opportunity for the global audience to enjoy Korean films simultaneously.

The synopsis is as follows:
In the year 2092, Earth becomes nearly uninhabitable, and a major corporation called UTS builds a new orbiting home for humanity in space. However, not everyone can flee the sick Earth, and only a chosen few can venture out into their new homes. In the spaceship known as “The Victory,” the crew of Tae-Ho, Captain Jang, Tiger Park, and Robot Bubs collect space junk, but they unexpectedly discover a humanoid child robot named Dorothy, who’s known to be a weapon of mass destruction. In order to pay off their debts and fulfill their desires, the crew members decide to partake in a risky deal to send off Dorothy. However, they find themselves in much more complicated situations than the had originally thought.

Right off the bat, the first thing you notice about this movie is the visuals. I mean, that’s kind of a given, as it’s a SF-space-opera. You can tell they invested a lot in the VFX, as the movie had one of the best CGIs in Korean films, unlike another Korean movie released last year… (coughcough* <Peninsula>)

I really enjoyed the visuals the movie had and was ultimately satisfied. Keep in mind the budget the film had; About 24 billion KRW, or about 22 million USD. Let me put that into perspective – <Guardians of the Galaxy> had a production budget of 232 million USD, <Avengers: Endgame> had 356 million USD, heck, even the <Star Trek> movie that came out 12 years ago had a budget of 150 million!

So for the production teams of <Space Sweepers> to do all of that with the limited budget it had was definitely incredible and just shows how talented the teams were. FYI, there were a thousand people from eight companies that worked on the special effects and computer graphics of <Space Sweepers>. And as mentioned in the intro, I would’ve loved to have seen this in the theaters. It’s definitely a type of movie that would be so much better on IMAX with booming audio. 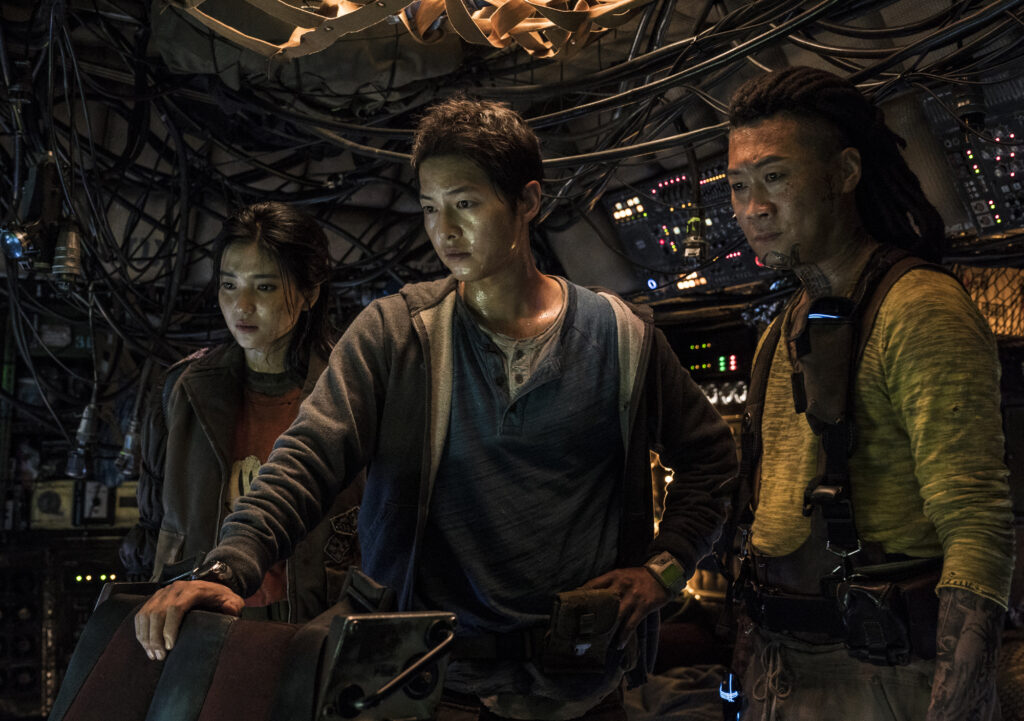 Furthermore, I liked the cast members of the film, as they were all actors and actresses I liked. However, I can’t say that they all fit their roles very well, but I’ll get to this later in the bad parts. Anywho, the little kid that played the humanoid was really cute. I feel like there are so many great child actors and actresses coming out lately, and the young stars like Park So-Yi and Jung Hyun-Jun have such a bright future ahead of them. <Space Sweepers> also had a really great child actress, but the thing is, I had a much harder time than I should’ve in finding who that child actress was. I don’t know why they didn’t list her in the cast on Naver or Rotten Tomatoes, but after a little more research, her name is Park Ye-Lin, and she debuted as a child model and was in many commercials as well as the K-drama that started last year, titled “Delayed Justice.” Another child actress to look forward to.

Moreover, I almost always say that the English acting by the non-Koreans is really bad in Korean movies, and the other way around too where Korean actors can’t act in English. There are a few cases where the latter was an exception, like in the case of Lee Byung-Hun, for example, but the first part is almost always true. However, I must tip my hat to Richard Armitage, who played Sullivan, as he gave a solid performance. And you’d expect him to, as he’s an experienced actor who also was in the cast of the “Hobbit” movies. Anyhow, a good performance by him. 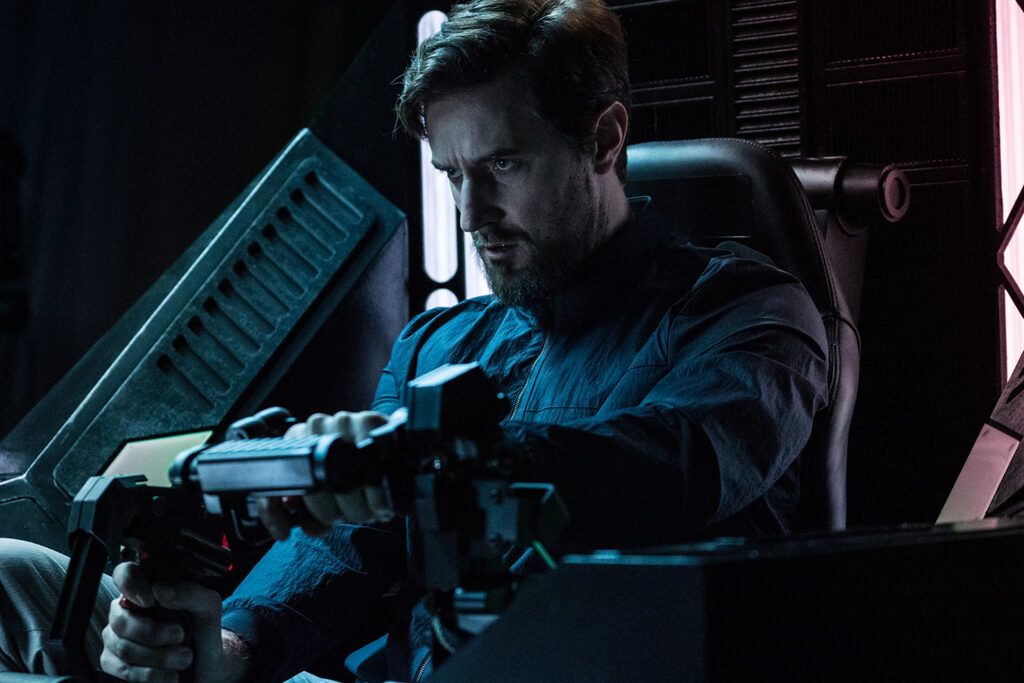 And finally, this can go both ways in terms of being good and bad, so I’ll say this here before moving onto the bad parts. The movie felt like a Hollywood film. Let me rephrase that; it felt more like a Hollywood movie with Korean actors. This was especially the case with how global the supporting cast was, and the various different languages the movie had. This is good, don’t get me wrong, as it was inclusive and to compare it to one of the highest standards in the industry is a good thing. So yes, it’s good, as it was able emulate Hollywood in terms of visuals and considering the budget. It was way better than <Peninsula> in that sense, which emulated Hollywood in the worst way possible. However, it also lacked the “Korean” elements that makes Korean movies so special. You could probably say the movie was made in Hollywood, but starred a few Korean actors, and would be believable.

I mentioned earlier that I liked the cast members, but have to admit that they didn’t all fit their roles very well. This may not resonate well with some people, but this is my opinion and I need to say my honest thoughts: Kim Tae-Ri seemed too innocent for the character of Captain Jang. I am a fan of Kim Tae-Ri, but maybe because of her other roles in different films, but her image just didn’t suit that hard, tough character of Captain Jang. Also, I felt like Song Joong-Ki had too much of a good boy image to play that bad boy character of Tae-Ho. However, this doesn’t mean the casting was all bad. I thought Jin Sun-Kyu and Yoo Hae Jin, as well as the earlier mentioned child actress Park Ye-Lin were great choices. Oh, and the cameo appearance in the end was good too. 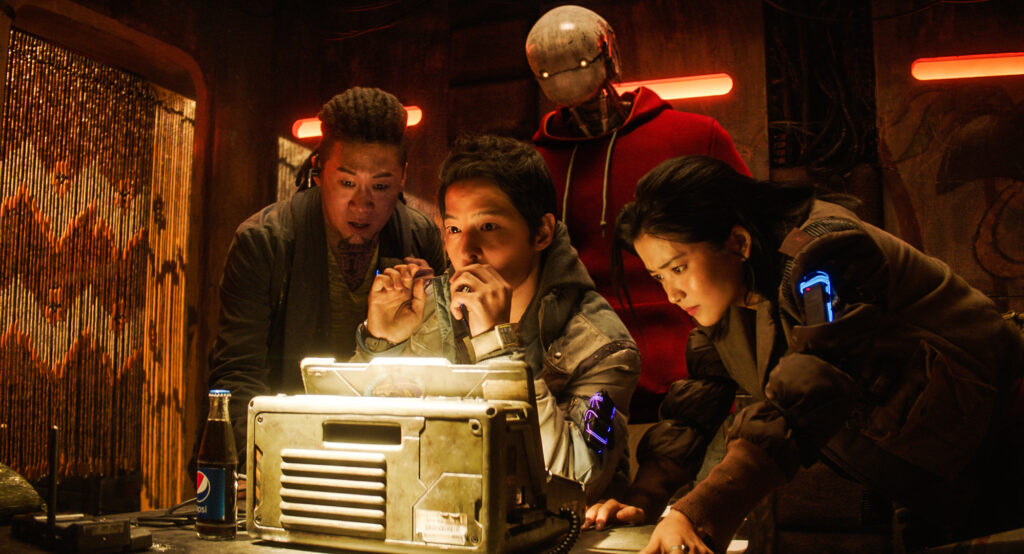 And speaking of the cast, although I said that Richard Armitage was good in the role of Sullivan, I can’t say the same for the rest of the foreign cast. Minus Richard Armitage, my thoughts on bad English acting in Korean movies remains the same – the acting by the non-Koreans were pretty bad. On the other hand, I’m glad they didn’t have the Korean actors have to speak English. Instead, they utilized this ear gear that worked as a translator, and so one person can be speaking in English, and the other person can be speaking in Korean, but they’ll be able to communicate between one another. This would be so useful in real life…

Moving along, there were questionable parts that were left unanswered in the movie. The biggest of which was what exactly the condition of the antagonist, Sullivan, was. His veins started popping out, his face reddened and almost seemed as if he was going to explode, and this happened not once but a few times throughout the movie. Like, what in the hell was that? There was no explanation of what that was and what conditions he had, or if he was even human. It seemed like they left a few things open to keep the possibility of a sequel open, similar to that of the other two Netflix-released K-movies <Time to Hunt> and <The Call>. But like I said in those reviews as well, you should think of and focus on making a good prequel before even thinking about the sequel; having a good foundation is key, but this wasn’t a very solid foundation to stand on, in my opinion. 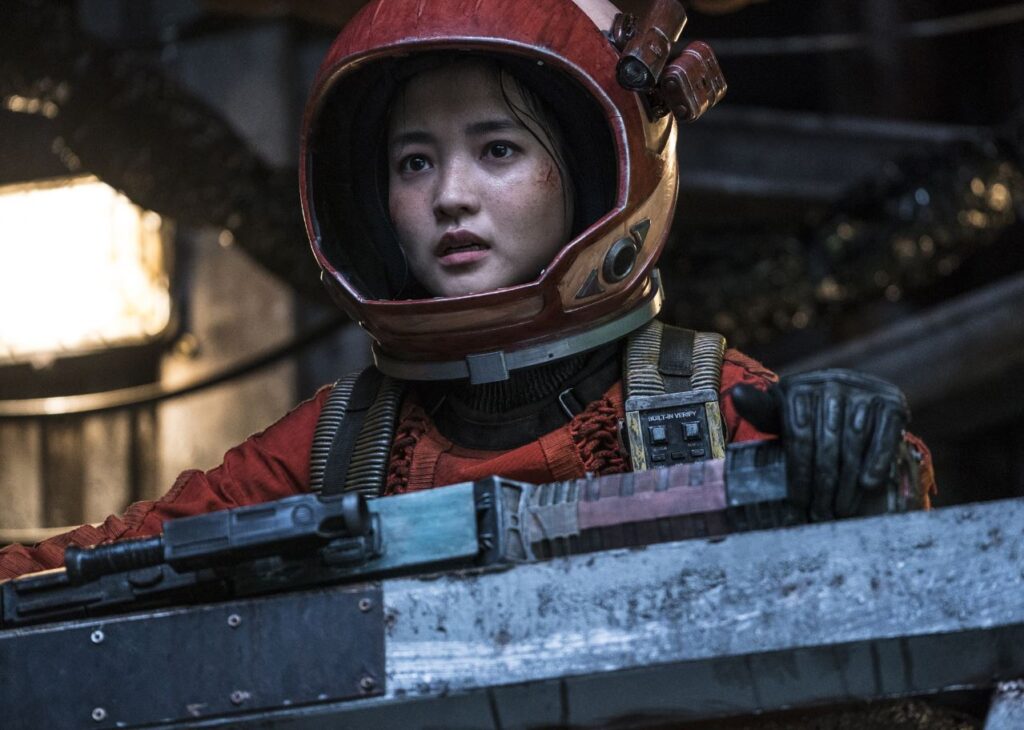 I was hoping for <Space Sweepers> to be the catalyst for space operas in Korean cinema, much like how <Train to Busan> was the force that started zombie productions for Korea. However, the film wasn’t original and felt like you’ve seen it from somewhere, as if it had mashups of different movies and lots of cliches. Many things were overdone, such as the farting and pooping, that gave it a very generic and overdone comedy.

Overall, <Space Sweepers> was a good watch to kill time, but don’t expect anything mind-blowing. It was on the longer side, and I started to lose my attention about halfway through. The duration clocks in at 2 hours and 16 minutes, so it is pretty long for a K-film. <Space Sweepers> is also available as a web-toon, which I heard has different elements to it, so check that out as well if you’re interested. As for the film version, the story wasn’t satisfying but the visuals were good, which partially makes up for it. I really do hope we’ll be able to see more SF/space movies come out of Korea. Was it the worst? No. Was it the best? Definitely not. Was it a good start? Yes, I think so.