Hello everyone, and welcome back to another movie review by EonTalk. Today, I’ve got the written review on one of, if not the most anticipated Korean film of 2020: <Peninsula>.


Taking place 4 years after <Train to Busan>, <Peninsula> is set in an isolated South Korea, left in ashes following the aftermath of the prequel. The film was directed by the same director of <Train to Busan>, Yeon Sang-Ho, and features a totally new cast lineup of Kang Dong-Won, Lee Jung-Hyun, Lee Re, Kwon Hae-Hyo, Kim Min-Jae, Koo Kyo-Hwan, Kim Do-Yoon, and Lee Ye-Won. The director not only directed <Train to Busan>, but also <Psychokinesis>, and he’s also known for directing animated films as well. He directed animated zombie productions such as <Seoul Station> and <The Way Home>. The global release of <Peninsula> is yet to come, but the film released on July 15th here in South Korea. As briefly mentioned before, <Peninsula> had and still does have massive hype surrounding it, especially with the incredible reception <Train to Busan> had. But did it live up to the hype? Let’s first take a look at the synopsis of the film.

The synopsis is as follows:
4 years ago, Jung-Seok escaped the devastating disaster that wiped out the nation of South Korea. Trying to adjust to and get on with his new life, he’s proposed an offer. He’s given the proposition of going back into the post-apocalyptic world to retrieve a truck full of money, and in return, he’ll get a portion of the cash. Without much choice, he accepts. While on the mission, he comes across survivors, as well as even larger herds of zombies than from 4 years ago, and he’s separated from his team. Just as he’s about to be bombarded by zombies, Jung-Seok is able to get away from danger, thanks to a family of survivors, and with them, he must try to escape the peninsula once again.

Right off the bat, the movie hooks you and starts off with high suspense. As opposed to the other zombie movie that released this summer, <#Alive>, the film had a good explanation of the background situation before really getting into the movie. One of the biggest negatives of <#Alive> was that it started with high tension without much explanation. However, <Peninsula> did give some explanation of what’s going on and of the current situation to catch the audience up before progressing deeper into the story. Did the explanation suffice is another story which I’ll get to later. But the film started off with a bang, and kept a great suspenseful pacing in the beginning.

The post-apocalyptic world of <Peninsula> was a dog eat dog world, which makes sense, as that’s what you’d expect after years of zombies taking over. The zombies of <Peninsula> were attracted to light and sensitive to sound, and the costume design of the zombies were top-notch. But putting the zombies off to the side, the narrative was more of a fight against man than fight against zombies, and the film shows the evil sides of humans, similar to that of <Train to Busan>. 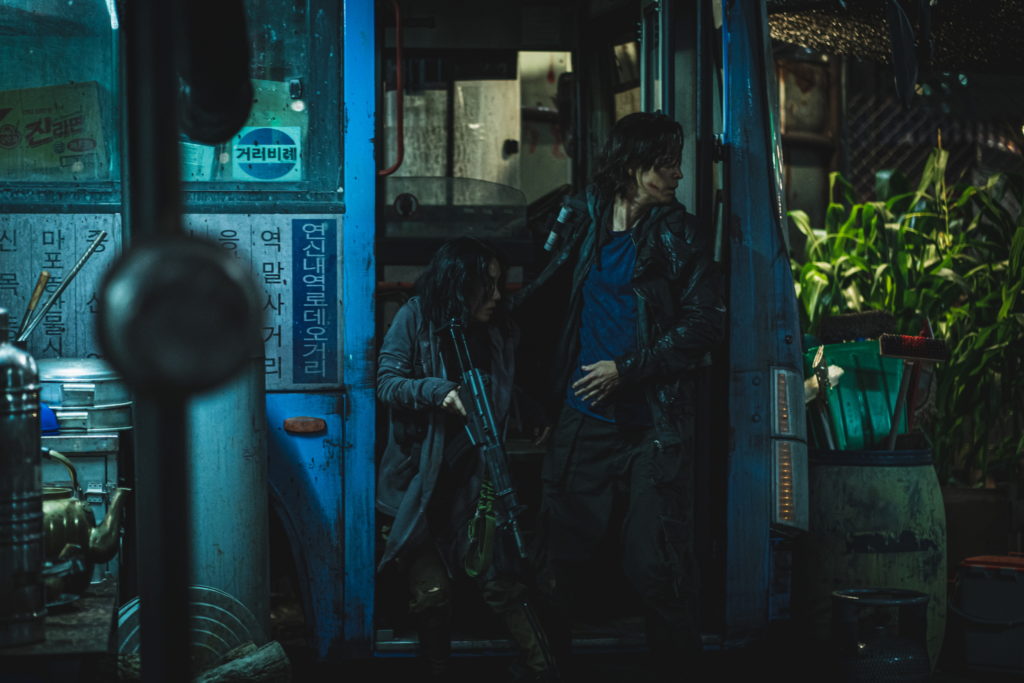 In the trailers I uploaded of <Peninsula>, there were numerous comments pointing out that there shouldn’t be a need for money in the situation that the story is placed in. However, the movie does explain why the characters are so desperate in retrieving the cash. Let’s just say, there’s more to the story than what the trailers make it out to be. 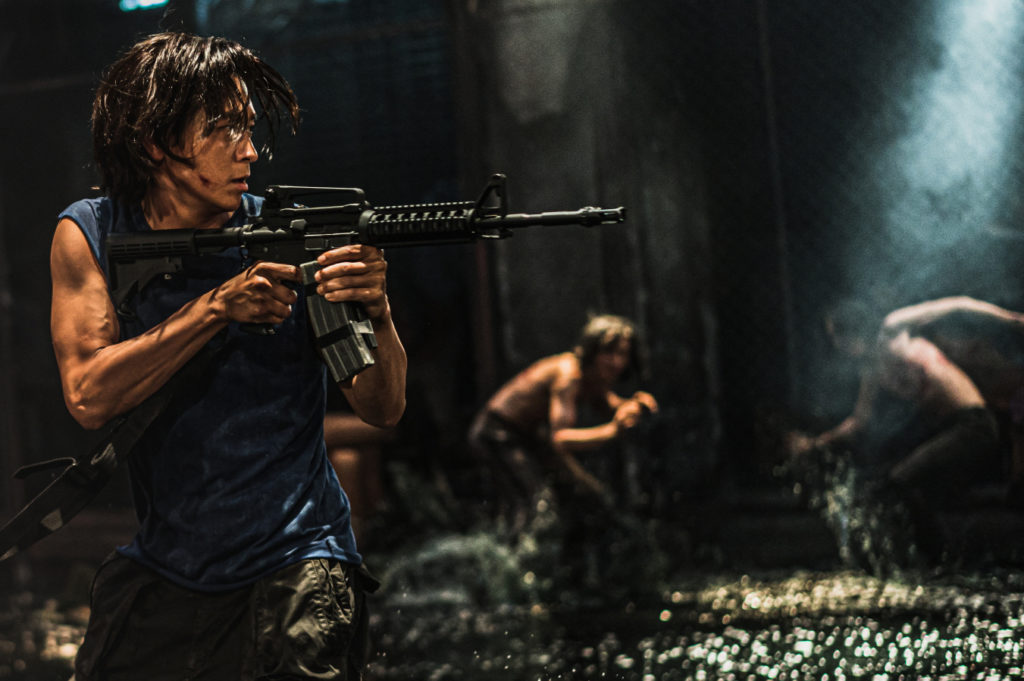 To give a background detail of the movie-watching experience I had with <Peninsula>, I watched the movie in Screen X, and I’m so glad I did. Screen X is where the movie is projected on 3 sides, which gives an incredibly immersive experience. <Peninsula> was a great movie to watch in a Screen X theater, as you can really immerse into the film, and even your peripherals can enjoy the movie. The way they were able to incorporate the technology to enhance the movie-viewing experience was exceptional.

First, the CGI and visual effects weren’t the best. From what I know, they invested a lot of time, money, and effort in producing the effects, but they weren’t anything out of this world. They weren’t bad, but they weren’t necessarily good either. You can clearly tell when computer graphics were used, especially with the car chase scenes. The movie was overly focused on the action, and I think it’d be reasonable to say that it was like a mashup of <Mad Max> + <Fast and Furious> + <The Walking Dead>. 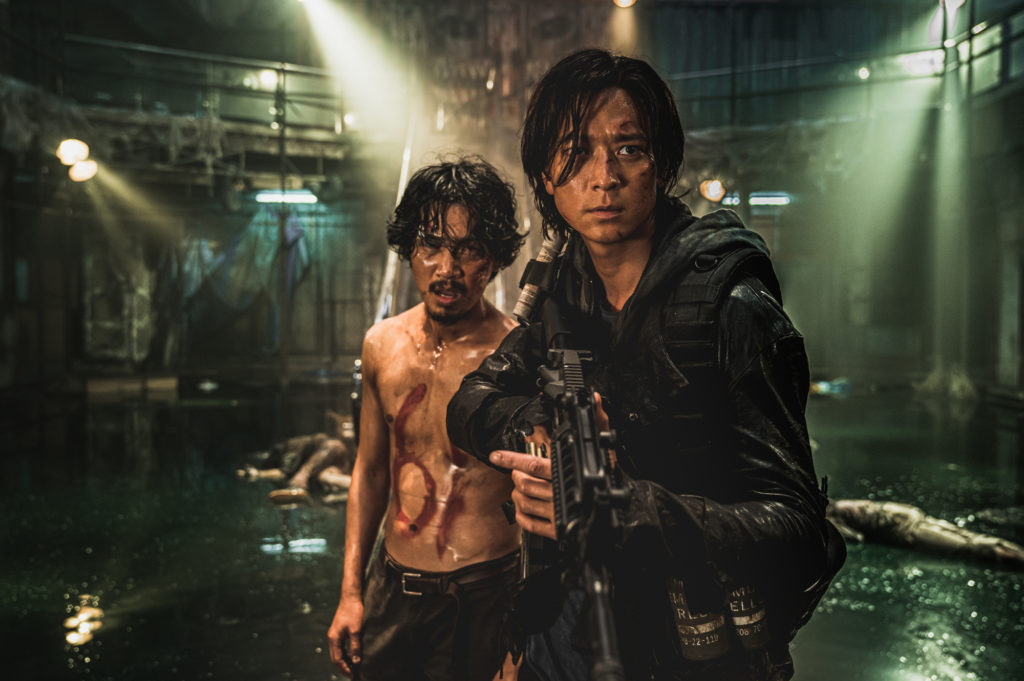 As mentioned, the director of the film, Yeon Sang-Ho, directed animated films as well, and maybe because of this, but the movie felt very animated, if that makes sense. I couldn’t help but feel like the movie should’ve been in animated form, as the film required lots of computer graphics and visual effects, and it just felt like the movie lacked the necessary graphical skills to really bring it up to its potential.

I said that the film shows the evil, darker sides of human beings, but compared to <Train to Busan>, <Peninsula> wasn’t able to deliver this as well as the prequel. <Train to Busan> had the character of Yong-Seok, played by Kim Eui-Sung, to play that dark, evil character. And he did a phenomenal job at making the audience absolutely hate him. <Peninsula> did have that “hated” character as well, but it wasn’t on the same scale. Not even close. Also, just the acting performance overall just wasn’t on par with <Train to Busan>. 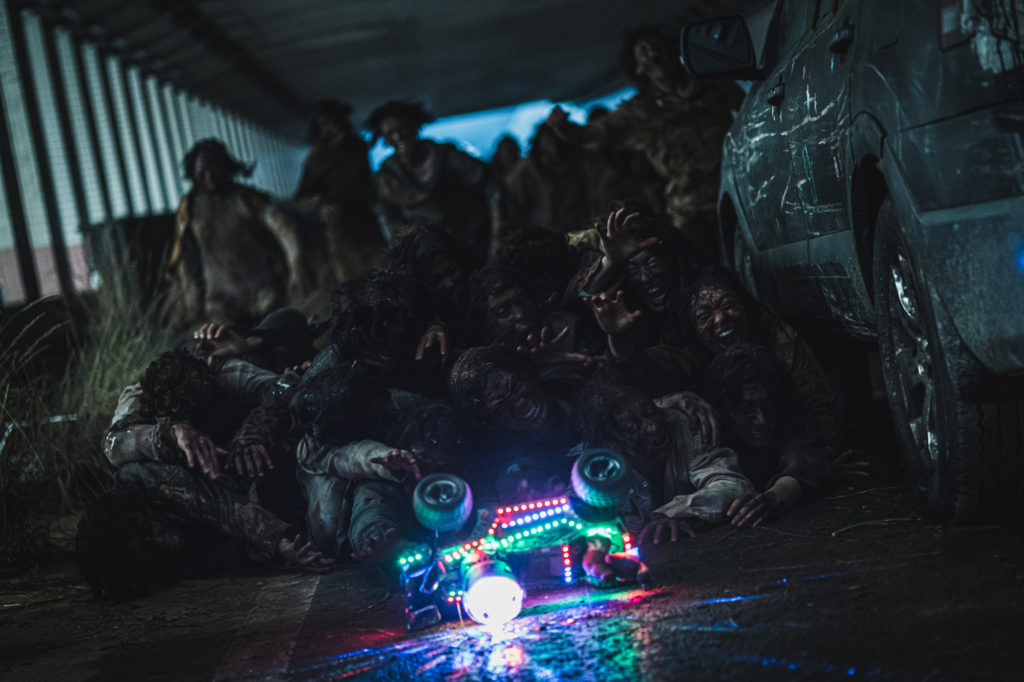 Another factor that made <Train to Busan> so great was that it felt real and very realistic as if it can really happen in real life. However, <Peninsula> lacked this trait. The idea was pretty good, but the story itself was predictable and as it entered its concluding stage, became very cringe and over the top. The ending was way too forced, both in terms of story and trying to be emotional. 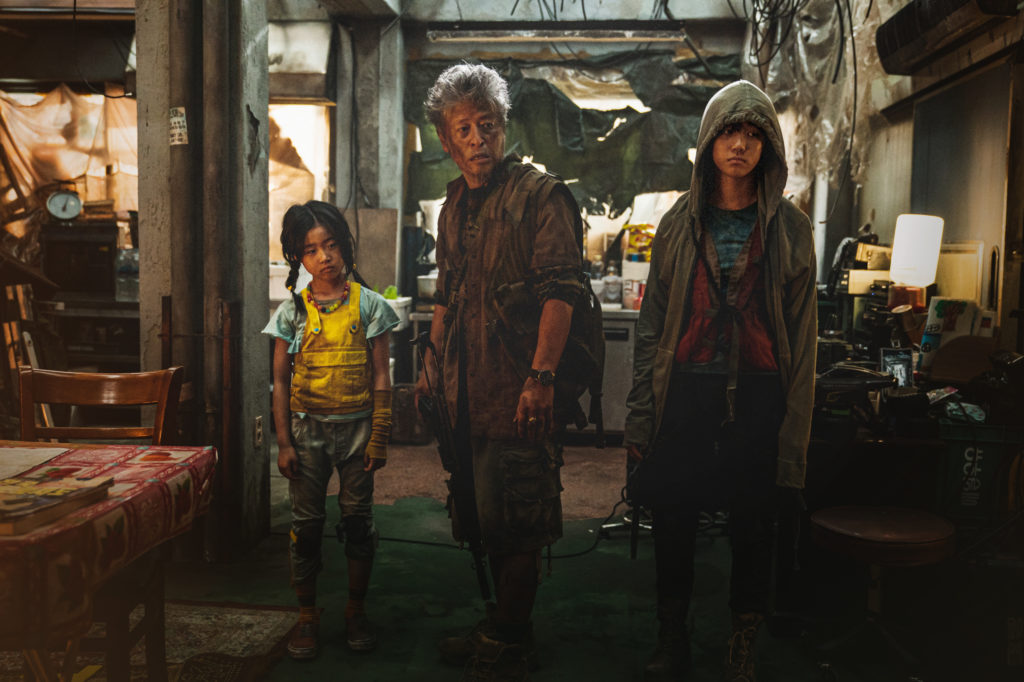 Furthermore, there were moments of the movie where it didn’t make sense. For example, there’s a moment where the female character comes in to save the male lead, but you wonder, “how did she know where he was?” There were many moments such as this, where you wonder how things happened, but there isn’t much explanation.

I’m unsure if the timing of the release of this film was good or not (with the whole pandemic going on in the real world), as I couldn’t help but make correlations to the story of the movie and real life. <Peninsula> wasn’t a continuation of <Train to Busan>, per se, but more of being in the same universe. I was hoping they’d make references to the prequel, more specifically to what happened to the characters of <Train to Busan>, but there weren’t any explanations of this. Also, you don’t necessarily have to watch <Train to Busan> prior to watching Peninsula (but I suggest doing so, just because <Train to Busan> is such a legendary movie).

I think you can enjoy <Peninsula> if you watch it just thinking of it as a separate movie apart from <Train to Busan>, but if you compare it to or put it on the same standard as the prequel, you’ll be disappointed. Furthermore, it’s inevitable to compare the movie to the other recent Korean zombie film, <#Alive>, as the release of the two movies were only a few weeks apart. <Peninsula> was definitely better than <#Alive>, but it’s not without its own flaws. This was a better film overall, but the ending was similarly bad. <Peninsula> was a good movie if you watch it for what it is, and not comparing it to <Train to Busan>, and if you go into it without too high of an expectation.