Hello everyone, and welcome back to another movie review by EonTalk. Today’s K-movie review will be on the comedic drama <Good Neighbor>.


<Good Neighbor> was directed by Lee Hwan-Kyung, who directed a very famous Korean film that surpassed 10 million at the box office, <Miracle in Cell No.7>. The movie also had the return of the actor Oh Dal-Su to the big screen. If you didn’t know, Mr. Oh was caught up in a sexual harassment incident back in 2018, and all of his movies and shows were delayed indefinitely. I won’t get into details about the case, as that in itself could be a whole new post, and will be just reviewing the movie for what it is, a movie.

The movie also featured cast members Jung Woo, Kim Hee-Won, Kim Byung-Chul, Lee Yoo-Bi, Cho Hyun-Chul and Ji Seung-Hyun, amongst others. The film is a comedic drama that also goes for an emotional approach, much like the director’s other work, <Miracle in Cell. No7>. Before getting into the review, let’s first take a look at the detailed synopsis of the movie.

The synopsis is as follows:
Dae-Kwon, the leader of a wiretapping team, is given the task of monitoring a family of a politician, Eui-Shik, who recently came home from abroad. Dae-Kwon and his team move into the house next door to Eui-Shik and starts eavesdropping on Eui-Shik’s every move. As they continue to listen on the family, they learn and catch onto several secrets.

First, the #1 best thing about this movie is the acting performances. Going over the main cast, Jung Woo was phenomenal in his wiretapping character. From comedic to emotional performance, he absolutely killed his role. Also, as mentioned before, <Good Neighbor> featured the return of Oh Dal-Su. The filming for the movie was finished in 2018, but was delayed indefinitely once the sexual harassment allegations began. I believe Oh Dal-Su’s character is based on the former president of Korea Kim Dae-Joong, and it was a good role for him to play for his return to the big screen. I say this because with the incident he went through, if the character he took on was of a villain or a bad guy, then it would’ve tainted his image even more. However, the character was of a “good guy,” and so it was a little more digestible for the audience. If the first role for his return was like the character he played in <Traffickers>, man it would’ve not been good for him. 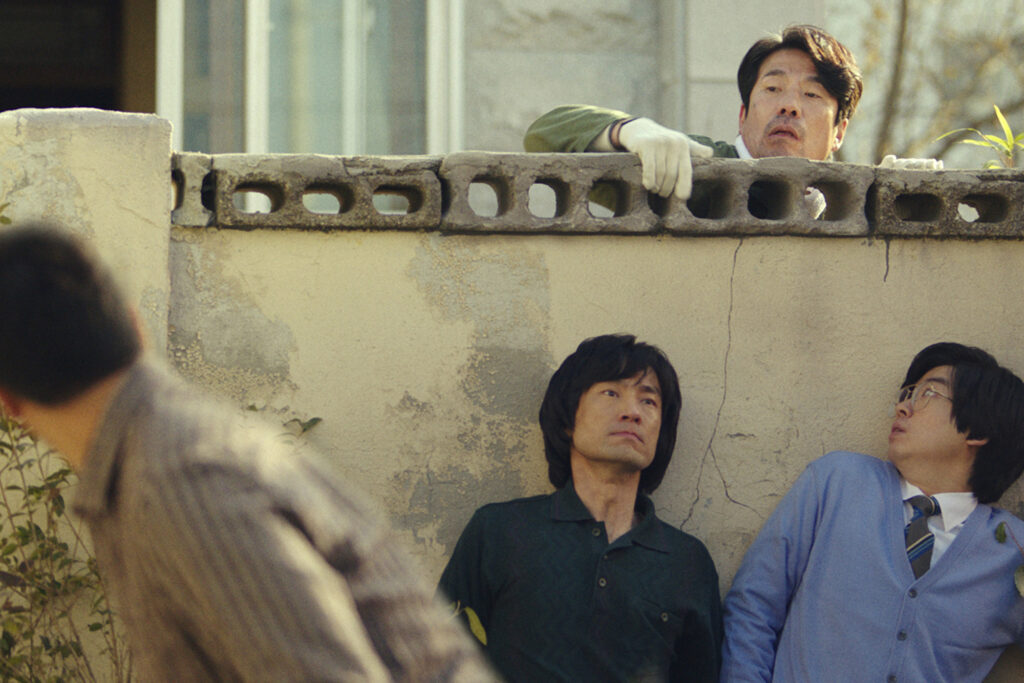 Anyways, the story is loosely based on former president Kim Dae-Joong, but a lot must’ve been fictitious. Another main character of <Good Neighbor> was Kim Hee-Won, and what a year he’s been having. This is the third movie he starred in this year, the others being <The Golden Holiday> and <Pawn>. He had a solid performance in this, and really executed the antagonist role very well. Ju Hyun-Chul and Lee Yoo-Bi were decent, but who really stood out was Kim Byung-Chul. Whenever this man came on screen, the theater broke out in laughter. From his facial expressions to just the way he spoke, it was really really funny.

Furthermore, the son of Eui-Shik, Ye-Jun – played by Jung Hyun-Jun, was absolutely adorable. I kept wondering where I saw him from, but he’s the same child actor who was in <Parasite>! I’m personally really excited to see what a great actor he blossoms to be.

Moreover, there were frequent humorous scenes that were actually really funny. As mentioned Kim Byung-Chul was able to keep the audience entertained and I can’t express enough how good he was. There were also elements of suspense as well, and maintained a good balance between the two in the first half of the movie. 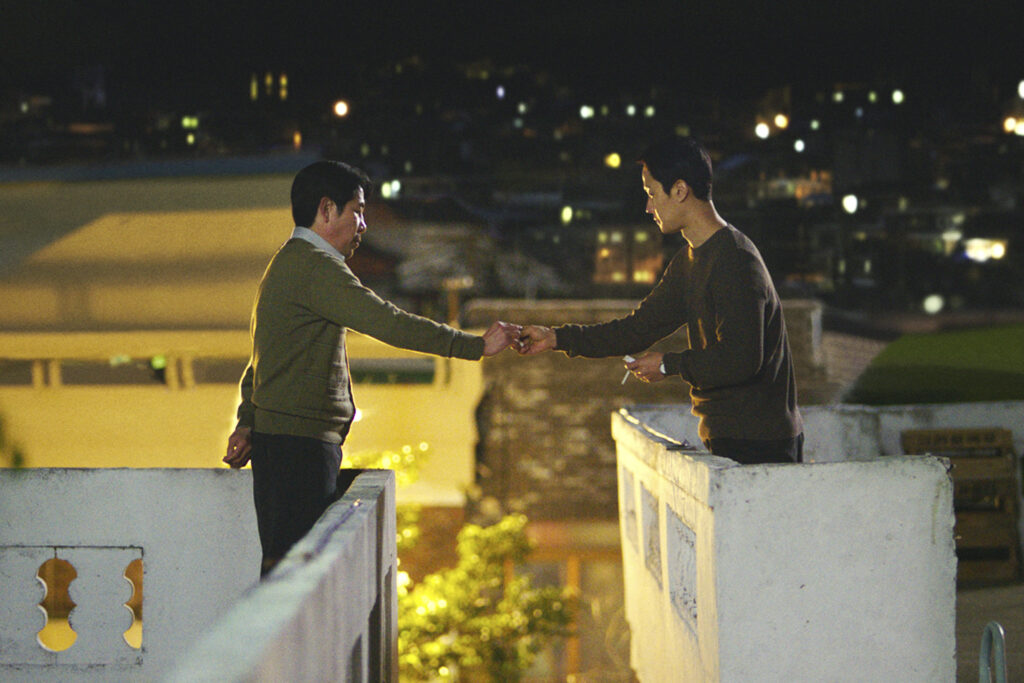 The BIGGEST downfall about <Good Neighbor> is that it loses its pacing and gets really slow. After about an hour and a half in, the movie drags so much and it just lost my attention. I really enjoyed the movie for the first hour and a half, which was more of a comedic drama. The part about the audience bursting out in laughter and having a jolly time I talked about was the first half. After a certain point, the movie tries too hard to be emotional and it felt forced. It was as if they were begging the audience to shed a tear. This somewhat was expected, as the director is pretty known for doing this, as with <Miracle in Cell No.7>. It was emotional scene after emotional scene after emotional scene, which is the reason for it feeling so slow and dragging, ultimately losing the audience’s attention. They should’ve balanced out the comedy and emotional scenes. 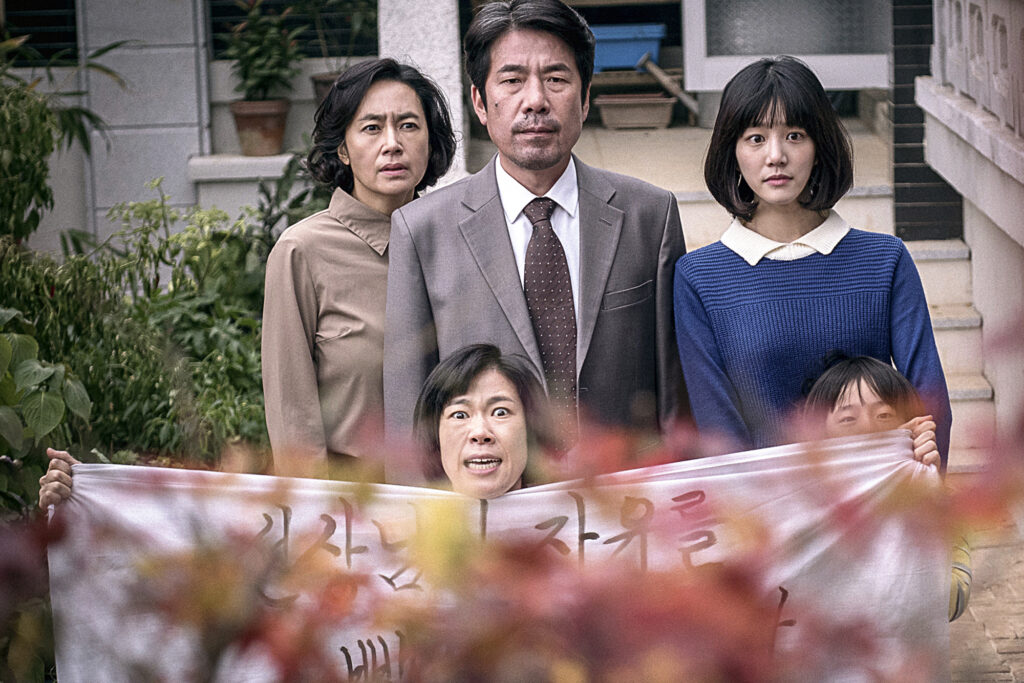 Also, the story itself wasn’t anything noteworthy either. There were some parts that didn’t make sense, such as how Jung Woo’s character switched sides all of a sudden, which was very out of the blue and unlikely.

And finally, the acting performances were good, but maybe because of lack of character development, there just wasn’t any emotional connection with the characters.

Humorous acting and the comedic side of <Good Neighbor> was what made the movie good. The first half was like a comedy, and the other half was more of an emotional drama. It had great acting, but the story just fell short. The runtime comes in at 2 hours and 10 minutes, which is way too long, in my opinion. As mentioned in the review, the movie drags and gets really slow, so I wish they would’ve cut it and made it more digestible by reducing the duration to like an hour and 40 minutes. However, the movie was ultimately an enjoyable one that showed how corrupt the system once was and how much it has developed, while also delivering some humor.