Hello everyone, and welcome back to another movie review by EonTalk. Today’s review will be on the highly anticipated K-movie, <Seobok>

Directed by Lee Yong-Ju, who also directed <Possessed> and <Architecture 101>, <Seobok> featured the leads Gong Yoo and Park Bo-Gum. Just having these two A-listers in a single movie had immense ticket power, and adding genre elements of sci-fi and action enhanced that effect even greater. The film also had actors Cho Woo-Jin, Park Byung-Eun, and Jang Young-Nam.

<Seobok> was originally supposed to come out last December. However, due to circumstances that I think we all know of now, the movie was delayed, and made a simultaneous release in theaters as well as the Korean streaming service, TVing. Let’s take a look at the detailed synopsis of <Seobok> before diving deeper into the review.

The synopsis is as follows:
“Ki-Hun” is a former special intelligence agent who quit his job and cut himself from the outside world after a traumatic event. One day, he suddenly receives an offer from the intelligence agency that he can not refuse. His mission is to safely transfer ‘Seobok,’ a highly confidential test subject made from stem cell cloning and genetic manipulation. However, they are suddenly bombarded mid-transfer, and Seobok, who spent his entire life inside the test laboratory, is intrigued by everything in the outside world, and Ki-Hun just wants to hurriedly complete his mission. And as the two set off on a special journey together, there are various organizations coming after the highly classified Seobok.

<Seobok> had a great start and really attracted my attention right from the beginning. It starts off very mysterious and sort of spooky, especially with its music and vibes. I very much enjoyed how it kicked off and it made me even more anticipated for the remainder of the film.

Also, the movie was a mash-up of genres: SF, supernatural, and action were some of the profound elements that could be found in <Seobok>. And if you hear these three genres in a single movie, there may be another Korean movie that comes to mind: The 2018 film, <The Witch: Part 1. The Subversion>. <Seobok> reminded me of “The Witch: Part 1” a lot, especially as it reached its latter half. It had some good action sequences, especially with the CGI effects, as well as good moments of suspense as well. The last 30 minutes of the film was very intense, and was as if they saved all their budget for the last 30 minutes.

Furthermore, the movie had great visuals and effects, and I really enjoyed some of the cinematic shots it had. Certain scenes were beautifully shot and mesmerizing, and some were even frightening at times as well, in a good way. 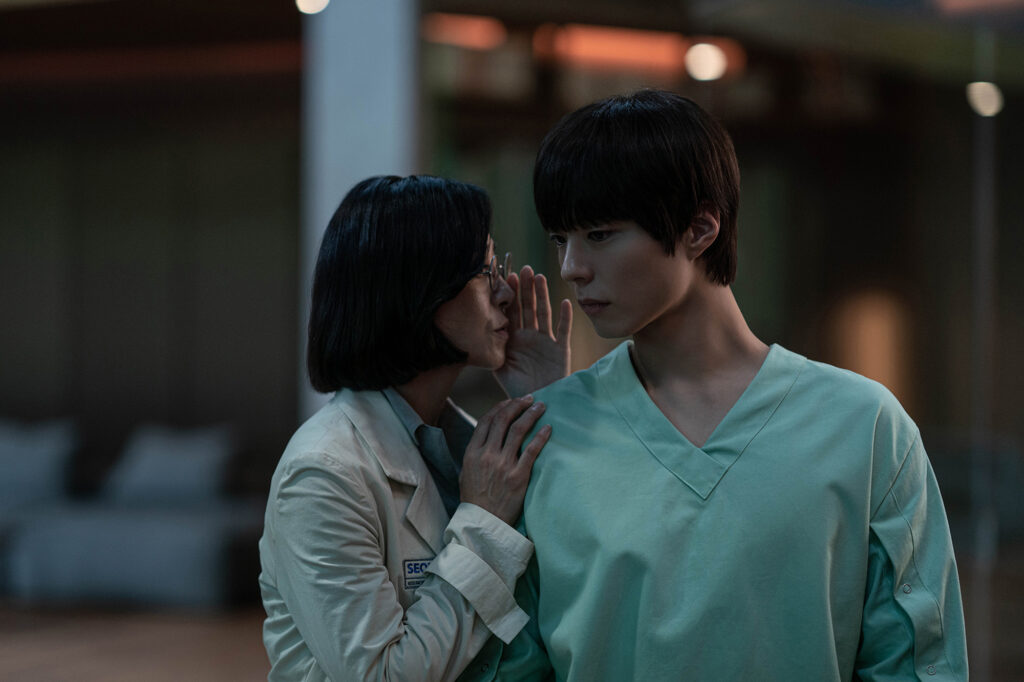 Another thing that I found to be good about <Seobok> was that it posed some interesting ideas. There were moral and ethical dilemmas that makes the audience think. For example, are clones human? What’s more scary, death or to live forever? One thought that really struck me was that the meaning of life comes from the fear of death; the desire to accomplish something in life before dying, which, to a certain extent, I do agree with. The movie poses these serious topics, but it also had humor every now and there to keep some lightness to the film. They’re not LOL-funny, but chuckle-worthy.

Moreover, the acting was decent by everyone; there isn’t really anything to complain about in terms of the performances, but wasn’t anything to rave about either. It’s starring Gong Yoo and Park Bo-Gum, and that alone is a reason to watch.

First, this isn’t necessarily having to do the movie itself, but I felt that the trailers gave away way too much. Just from the trailers, we’re able to learn that Seobok is a top secret, genetically modified, immortal clone that needs to be transported to another secret spot. However, in the midst of the transport, they are attacked, and the two leads set off on a special journey together. 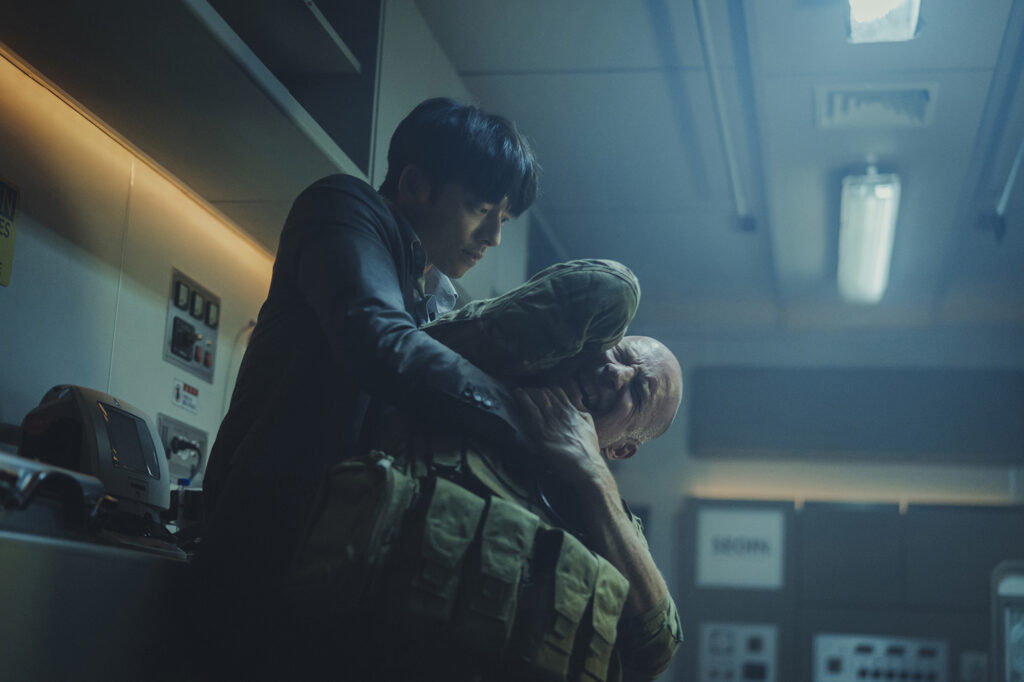 And to be honest, there really isn’t much more to the story than that. Sure, there are backstories and such, but there wasn’t anything that really added much value to the overall narrative. In short, there isn’t much depth to the story, and I even felt that it tried too hard to force the emotions onto the audience at times.

And finally, the story progression was pretty predictable and flowed as you’d expect it to go. It slightly dragged near the end, but it wasn’t too bad. Also, there was a twist, but it wasn’t totally unseeable and doesn’t really catch you off guard. Oh, and there was a logical fallacy that just kept bugging me: the two characters kept using the same car to travel that was exposed to the authorities. The organizations had the car on record with the CCTV, as well as the license plate number, but they just continued to travel with that same car. A detail (not even a detail since it was a pretty big fallacy) that I felt was way too overlooked. 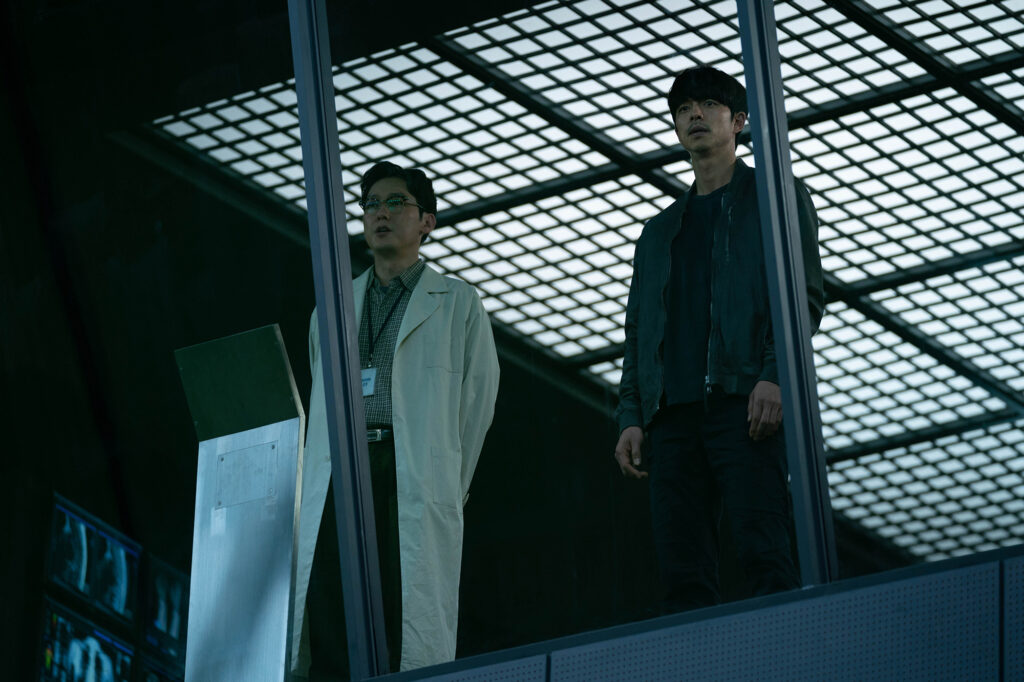 All in all, <Seobok> was an entertaining sci-fi, action flick, and having the two main leads of Gong Yoo and Park Bo-Gum made it that much more enjoyable. If you like movies such as <The Witch: Part 1. The Subversion>, I highly recommend watching this. Sure, the movie was pretty predictable and all, but it still was an enjoyable journey and as long as you don’t have too high of an expectation, I think you’ll have a decent time.