Hello everyone, and welcome back to another Korean movie review by EonTalk. Today’s written review will be on the mystery film, <Recalled>

Directed by Seo Yoo-Min, <Recalled> featured the leads Seo Yea-Ji and Kim Kang-Woo. With Seo Yea-Ji’s whole recent controversy taking place, I was unsure if the movie would release or be delayed, but they decided to just release the film, and it came out on April 21st. I won’t be getting into Seo Yea-Ji’s controversy, as if you’ve seen my other reviews, I try to stay away from any controversies of actors when reviewing movies, and just judge and review the movie for what it is, a movie. That being said, let’s get into the review by first taking a look at the detailed synopsis!

The synopsis is as follows:
Soo-Jin wakes up after a bad accident, not able to remember anything. Next to her is her husband, Ji-Hoon, who’s very caring and understanding. Once she’s released from the hospital and moves back into her home with her husband, she starts to get sudden flashes of memories. She first thinks these are flashbacks of her remembering her past, but it’s actually indeed flashes of the future. Soo-Jin is understandably very unstable and her husband does whatever he can to calm her down and get her to a stable condition, but the flashes continue. However, she runs into an old acquaintance on the streets and learns of something very surprising of her husband. With her not being able to remember her past, and her learning of new things of the present and her life prior to the accident, Soo-Jin starts to unravel mysterious truths about her life.

First, let’s talk about the story. The story is interesting from the start, and gets very intense and suspenseful. The narrative does get pretty intertwined, but that’s what’s fun about these types of mystery movies. At first, you think that it all doesn’t make sense and gets very confusing, as there are lots of, and I mean LOTS of layers to the story. However, as it approaches its concluding scenes near the end, it’s able to explain itself pretty well and clear things up.

A detail that I felt was a plus about the movie was the music it had. The background music played a crucial role in setting the tone, and I felt that it successfully delivered its role of creating that mysterious, thrilling mood.

Moreover, with the great actors the film had, I felt that the movie had decent acting. Kim Kang-Woo was also in another film released earlier this year, <New Year Blues>, and compared to that, I think he had a way better role with this. I personally believe his character in <Recalled> fit much better, and he left a bigger impression on me with this than <New Year Blues>. 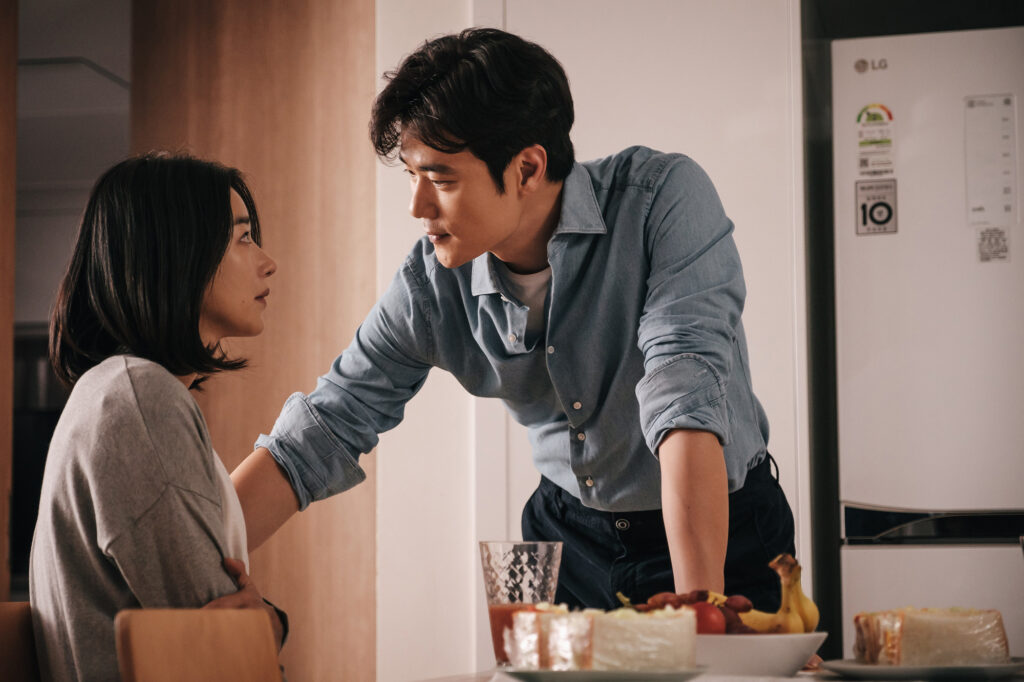 With Seo Yea-Ji, I cant say that her acting was outstanding, but it was acceptable; or to be more specific, there isn’t much bad things to say about her acting, and just looking at the performance itself, it was good. However, I think it was with the character development of the role she played that had a little bit of a disappointment to me.

As mentioned, there are a lot of layers to the story. This is good in a sense, for the reasons mentioned before. However, you also get the feeling that they added too many twists for the sake of having twists. Not until the twists are revealed do you fully comprehend what’s going on, and prior to that, you’re just confused and even stressed at one point (or at least for me it was like that). 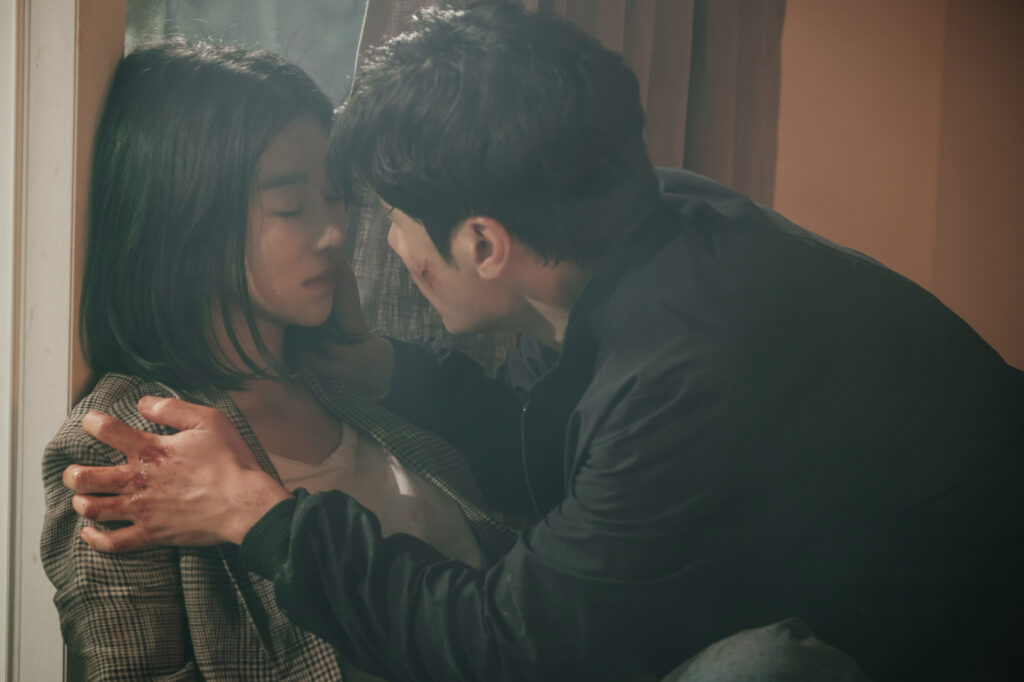 And sure, if you’re able to conclude explaining successfully, then that’s good; but the way I see it, the build-up and everything prior to that reveal is also a journey that the audience is taking. That journey and ride that the viewers take should equally be enjoyable as the twist. However, I just felt that the balance between that wasn’t there, and they just had twists upon twists to confuse and make the story unnecessarily complicated.

And my next point actually is connected to that as well, as because the movie was so overly complicated, the movie had logical fallacies that made the story even more confusing and harder to comprehend. For example, there was a gas explosion in the apartment complex that Soo-Jin and her husband lives. But other than her being surprised, there wasn’t anything much following the incident. If there was an explosion like that, there should be so much more aftermath.

Similar to this, there were a lot of unanswered questions that weakened the story more. There were a lot of holes to the story that killed a good-starting movie, and makes you think that even the writer of the movie didn’t fully understand what they were creating. 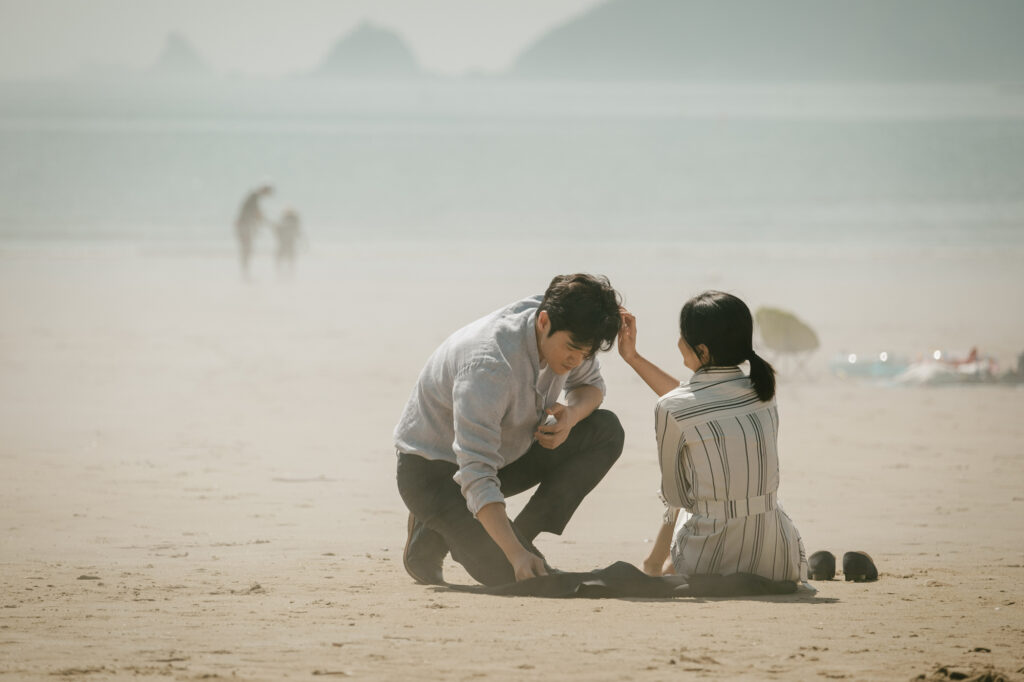 <Recalled> was a mystery-thriller that had lots of twists and moments of suspense. However, I can’t say that it had anything new compared to typical thriller mysteries, and there were lots of holes that killed the movie for me. The movie is good for a Netflix or online streaming watch, but not anything that’ll be winning awards, in my opinion.