I’ll be completely honest. I had literally zero hopes for this movie. A story about a monster set in the Joseon Dynasty? Not my cup of tea. I mentioned before going into the film on the EonTalk Instagram and Facebook (follow @EonTalk) that it “doesn’t look too promising, but let’s see if it can surpass my expectation.” However, <Monstrum>, the movie that was deemed as bad as <Illang: The Wolf Brigade> by several critics, was actually pretty good! It was beyond my expectations. 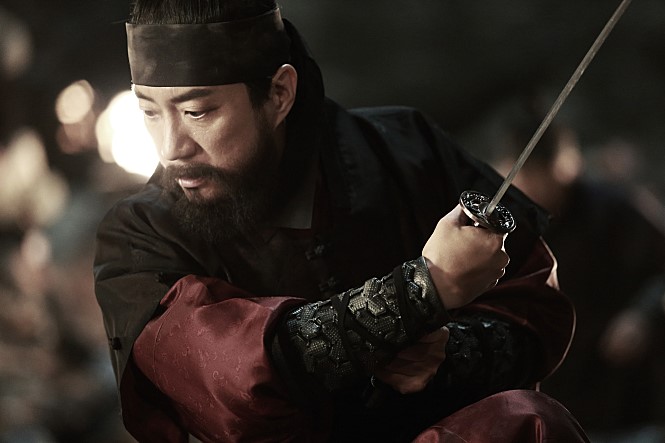 If you’ve seen the trailer for <Monstrum> or read the synopsis, then you probably had a similar reaction as I did; “a story about a monster living in the Joseon Dynasty? How far are they reaching to have a ‘creative’ story?” The story seemed very… what should I call it… juvenile? The story itself sounded like it was intended for children, or something grandparents tell their grandchildren as a folk story. With this type of negative perception, I went into the movie. And before I knew it, I was actually into it.

I mentioned before in my <I Can Speak> review that you should never judge a book by its cover, or a movie by its trailer, poster, the critics (the critics actually gave this a 4/10 prior to the official release; as of time of writing, the audience rating is at about 8/10). The combination of an uninteresting narrative, disappointing trailer, and unfavorable reviews by the critics all were what associated myself into thinking less of <Monstrum> before actually watching it. 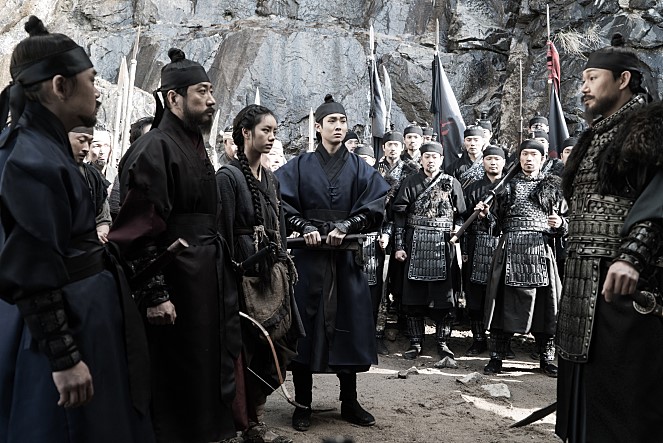 The feature film was directed by Heo Jong-Ho, who also directed <Countdown> and <The Advocate: A Missing Body>, both of which I had not watched. The cast members of <Monstrum> was pretty impressive: Kim Myung-Min, Kim In-Kwon, Lee Hyeri, Choi Woo-Shik, Park Sung-Woong, and Lee Kyung-Young. Granted, it’s not the best movie, but it’s a decent film. Also, it’s apparently based on real recollections from history.

A vicious beast has appeared on the Inwangsan mountain, and has slaughtered numerous people. The beast is known as “Monstrum.” During the 22nd year of King Jungjong’s reign, the King insists there is no such thing as a “Monstrum.” However, it’s rumored that the beast has been attacking civilians, and whoever has seen the monster usually dies on the spot in the most gruesome way possible. Even if they survive, they are plagued by a deadly disease that’s never been seen before, and eventually dies. King Jungjong believes this is all a scheme made up by the prime minister and the bureaucrats for insurgency, and so brings back the former General Yoon-Gyeom who was outcast by the King himself to form a search party. The General’s right arm Sung-Han, his daughter Myung, a combatant sent by the King, and 100 civilians join the party to hunt down Monstrum. However, they face a monstrous secret and reality…

The main positive aspect of this film was its cinematography. I thoroughly enjoyed the way it was shot, and its visuals. It had a great tone, and a considerably tense mood throughout the film. The visual and special effects were good; it wasn’t the best, but then again, it’s not a Hollywood feature with a huge budget. For Korean standards, the CGI was satisfactory.

Also, the overall story was a lot better than I had anticipated. Maybe because I had such low expectations for it, but I thought it was entertaining (contrary to most critics). It also had sprinkles of humor points that weren’t LMAO, but induced some chuckles. 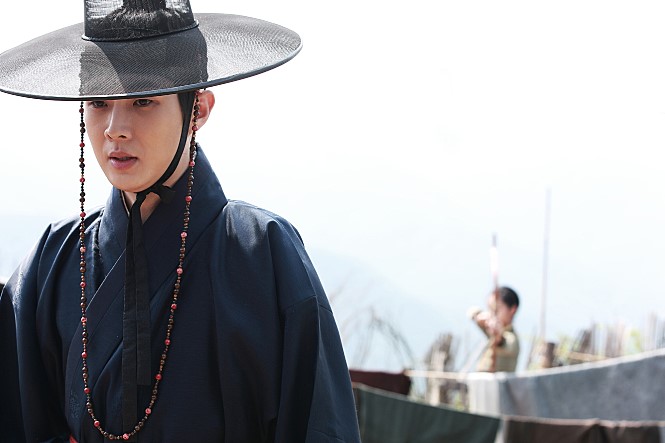 I give a round of applause to the actors. I’ve seen many analysts say the performances by the cast were subpar, and didn’t show anything new; that their portrayals were familiar and too similar to the other characters they’ve played before. However, I have a different logic on this issue. Yes, showing a new side of one’s self is great. But if you think about it, the casting team probably recruited the actors because of their past performances and the image they have built around their acting. Therefore, it’s great that they were able to depict the “image” they have in the industry; afterall, that’s why they were chosen.

Furthermore, Hyeri’s been receiving tremendous backlash on her performance. Majority of the negative criticisms are either related to her acting, or the fact that the story was way too predictable (will get to that later). I would have to agree that this was not Hyeri’s best performance. She was amazing in the drama <Reply 1988>, and her acting in <Monstrum> wasn’t as great as that. However, it wasn’t that bad. Definitely not as bad as what some of the critics are saying. There were parts that made me cringe because of her acting, but then again there were scenes that were genuine and touching. 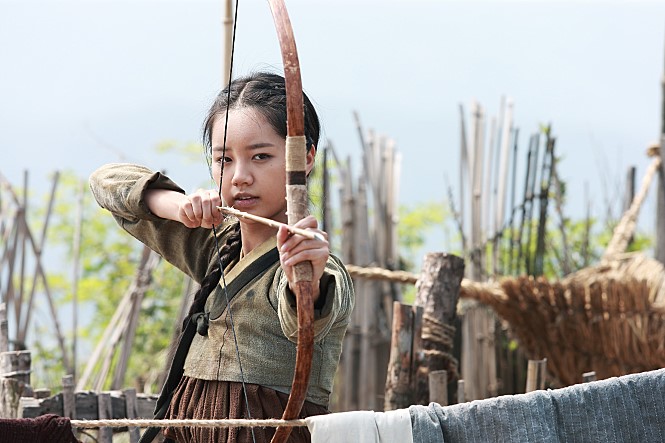 The biggest downside of this film is the fact that it’s way too predictable. You can not only see how the film would end from a mile away, but as you are watching, the next segment is clearly foreseeable. Watch the trailer, read the synopsis, and try to hypothesize how the story would unfold; you’re probably correct. Also, the story became extremely unrealistic near the end. The conclusion was definitely unsatisfactory, too cliché, and felt as if it was rushed to complete. So much more could’ve been done.

One type of genre I don’t really like are “historical dramas.” This is absolutely a personal preference. Due to not having a sufficient background on the Korean history, traditional sayings, old expressions, etc. because I lived overseas majority of my life, I find it difficult to fully grasp every aspect of a historical film. This was true for <Monstrum>, and I really wished I had English subtitles in the beginning when they explain the backdrop. There are two more of these historical movies coming out this month (in time for Chuseok, the “Korean Thanksgiving,” holiday), and to be 100% truthful, I’m not really looking forward to those either. 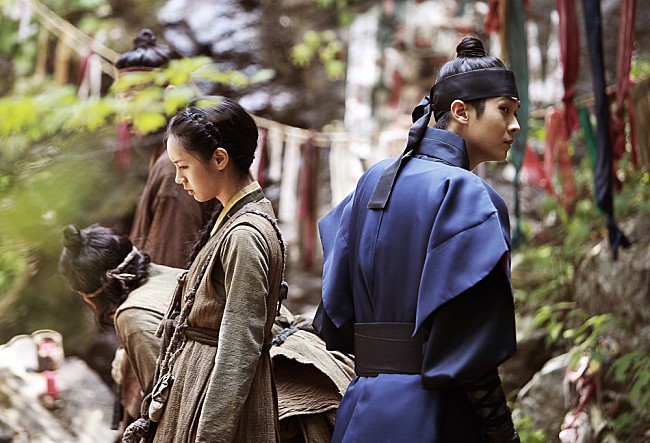 Another aspect that I thought was off was the movie’s audio. The sound of the movie is a critical part of the production. It can make a mediocre film a great one, add thrilling elements, unexpectedly change the mood of the film, etc. However, I felt that the audio and visuals of <Monstrum> didn’t really add up, especially with the Monstrum beast. For example, the monster would be on the left side of the screen, but the sound of its roaring would come from the right. If the sound effects were better, it could’ve enhanced the movie.

I remember seeing on Facebook during its promotional stage that <Monstrum> was a zombie-movie set in the Joseon Dynasty. This isn’t the case. Not really… Sort of…? I mean, it had “zombie-like” elements (when people were attacked by Monstrum), but it wasn’t a zombie movie. A movie about zombies during the traditional Korean times would’ve been pretty awesome though…

The final unsatisfying feature was the “Monstrum” beast itself. I mentioned in “The Good” section that the visual/special effects were good; however, I feel like it could’ve been better for the monster itself. The look of Monstrum wasn’t very good, and didn’t look realistic. More design work could’ve been made. I remember hearing that a Korean team was responsible for the extremely detailed and realistic display of the fur on King Kong in Peter Jackson’s 2005 film <King Kong>. If this is true, then Koreans definitely do have the capabilities and skills to produce something much better. I mean, look at the production from over 13 years ago! 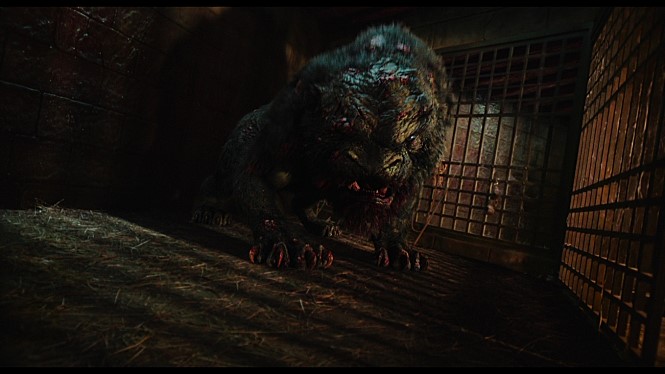 All in all, this was a decent film that definitely surpassed my expectations. It’s not a must-see, nor do I think it’ll be receiving any awards. It’s not something you have to see in theaters, but I do think it’s worth the watch if you have time. I just hope the other two historical drama films coming out next week will be at least up this level.