Hello everyone, and welcome back to another movie review by EonTalk. I’m your host Eon, and today’s review will be on the film released in June of this year, titled <Me and Me>.


<Me and Me> has a very different title in Korean. The Korean title of the film is “사라진 시간,” or Disappeared Time, and I’m unsure as to why they decided to go so differently for the English title, but I personally thought the Korean title suited the film better. Furthermore, as opposed to the other two films that released in June, <Intruder> and <Innocence>, <Me and Me> didn’t have a set release date and then was delayed. Instead, I first learned of the film and found it to be a pleasant surprise to see a new Korean movie releasing despite the ongoing pandemic. What made it even better was the main actor of the film, as well as the director.

The film starred Cho Jin-Woong, as well as Bae Soo-Bin, Jung Hae-Kyun, Cha Soo-Yeon, Lee Sun-Bin, Shin Dong-Mi, Jang Won-Young, and Shin Kang-Kyun. The movie was directed by the first time feature film director, Jung Jin-Young, who himself is a well-known actor as well. Jung Jin-Young was a cast member of amazing movies such as <The King and the Clown>, <Ode to My Father>, <Gangnam Blues>, and <Svaha: The Sixth Finger>. It’s his great lineup of past acting works that made me even more excited for his first directorial work, and not to mention Cho Jin-Woong said he signed up onboard as soon as he read the script. However, did the movie live up to the hype? Let’s first take a look at the overall synopsis of <Me and Me> before we get deeper into the review.

In an open countryside area, a mysterious house fire kills a married couple. Hyung-Goo, the lead detective on the case, smells something fishy about the villagers. As he digs deeper and deeper into the investigation, he wakes up one day in a completely different state of mind. From his family to his job to his house, his whole life has changed completely in a matter of a day. Will he be able to get his old life back?

First, one of the best parts about <Me and Me> was how it started. The movie began in a totally different way than I had anticipated, in terms of story, progression, and character development. I almost thought I was in the wrong screening. The main lead, Cho Jin-Woong, doesn’t appear until like 30 minutes into the movie, and so that played into me thinking that I was in a different movie. Also, the trailers did a great job at not giving away too much, so that there’s a lot to enjoy when actually watching the movie. A lot of times, the trailers just give away way too much about the story, such as <Intruder> and <Innocence>, but <Me and Me> did a good job at giving just enough to get you interested, but also giving you more when actually watching (or at least for the first half it did).

Also, going a little deeper into the first point of the movie being not what I expected, the movie had an interesting premise. It had a good mystery that’s confusing and makes you think, and I found myself saying “What the…” and “What’s going on” a lot. The movie also had frequent humor that kept it from being too serious. Even the humor was a little interesting, as it’s definitely chuckle-worthy, but I’m unsure if it was intentional. 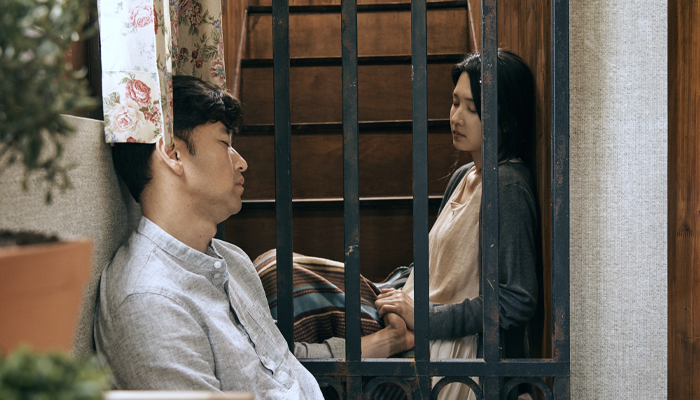 <Me and Me> was another movie that just showed how great of an actor Cho Jin-Woong is. Story and progression aside, just the acting performance by Cho Jin-Woong was incredible, and he’s able to play essentially any character he’s given in a very natural way.

I don’t have a lot to say that’s bad, but there’s just one thing, and this one thing is pretty big. As mentioned earlier, the movie keeps it interesting for the first half, but as I was watching, I hoped that it wouldn’t have an obvious ending and that the twist will be just as good as the build up. However, and this is a spoiler, the conclusion didn’t really have a twist. The ending was a WTF ending that was very unclear and didn’t explain anything. You wonder why the hell you sat through 105 minutes for, and if that’s why they titled the movie “Disappeared Time,” because your time literally disappears in a wasteful manner. 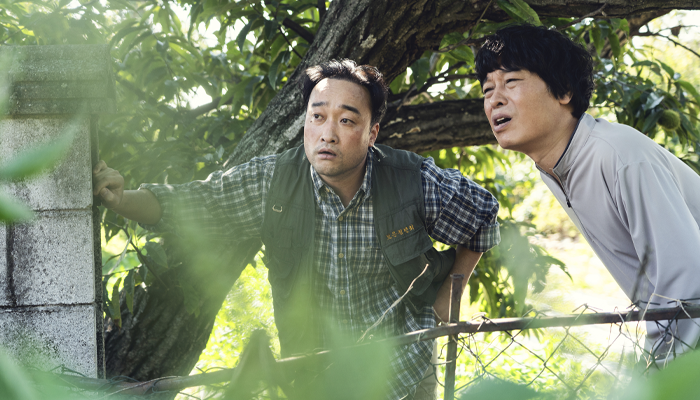 However, the director of the film, Jung Jin-Young, said in an interview that making the audience fall into a confusion was done on purpose. He claims that <Me and Me> is a movie without a genre, structurally different from the standard movies we know, and a film that brings about confusion. The film was originally supposed to be an independent film, but after Cho Jin-Woong was casted as the main lead, the production got some backing. This may explain the less mainstream feel the movie has, but because this was a widely released movie in Korea, the perspective of the general audience is what matters. And the majority of the reception has been similar to mine; it’s frustrating because the movie starts off so great, but just falls apart and burns as it closes.

<Me and Me> starts off as a good mystery movie that gets you to think and try to solve the mystery that’s going on. However, as the movie progresses further into the story, you start to worry that the movie won’t be able to finish strong; and ultimately, it does fail to finish strong. I feel like it was trying to go for like a <Shutter Island> vibe, where it gives a very good mystery while also making you think, and ending with an open ending. But no. Just no. Maybe because this is the director’s first time being in the director’s seat, but the ending was one of the most unsatisfying endings I’ve seen recently, and I firmly do believe it could’ve been executed a lot better. Hopefully his future works will be better. The movie isn’t the worst thing, as it definitely was good when it got things right, but it’s also not a very recommendable film. 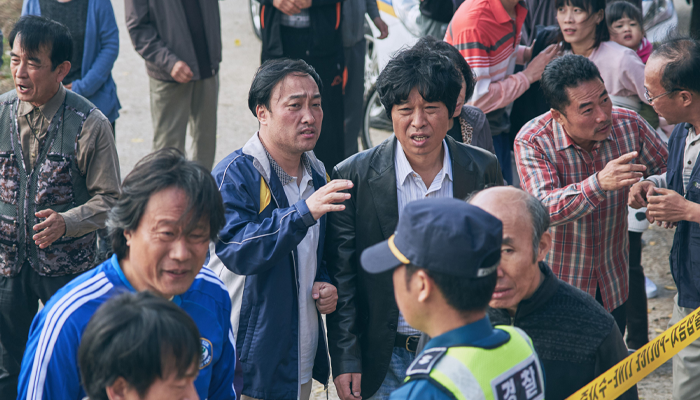