Hello and welcome back to another movie review by EonTalk. Today, I’ll be sharing with y’all the written version of the review for the comedic Korean film <Honest Candidate>.


<Honest Candidate> stars Ra Mi-Ran, Kim Mu-Yeol, Na Moon-Hee and Yoon Kyung-Ho, and was directed by Jang Yoon-Jung, who also directed <The Bros>. The movie is a comedic film with a fairly generic idea: a woman, who’s running as a candidate to become a member of the National Assembly, finds herself in a troubling situation when she wakes up, not being able to lie. She’s physically incapable of lying, and can only tell the truth.

<Honest Candidate> was based on a Brazilian film, <O Candidato Honesto>, and is almost identical in theme as the Hollywood film <Liar Liar> starring Jim Carrey. I haven’t seen the Brazilian movie, so I can’t say much on that, but comparing it to <Liar Liar>, in <Liar Liar>, Jim Carrey is unable to lie after his son wishes for just that; his dad to be unable to lie. In <Honest Candidate>, basically the same thing occurs. The grandmother of Ra Mi-Ran’s character, played by Na Moon-Hee, wishes that her granddaughter can only tell the truth. And the story unfolds from there.

For Ju Sang-Sook, a three-time member of the Korean National Assembly, lying was the easiest thing to do. Whether it be in her political or personal life, she’d talk her way out of, or into, whatever she’d like. This all changed as her campaign to run for the National Assembly for the fourth time began. With some sort of magical, greater power means, she wakes up not being able to lie. AT ALL. What does this mean? She’d just lost her greatest weapon: her tongue. As she continues to campaign for her big win, she can only blurt out the 100% truth, ruining her political image. Will this Honest Candidate be able to pull through?

The biggest positive of the film was its casting. The role of the “Honest Candidate” was a perfect fit for Ra Mi-Ran. It was as if the character was made just for her. Her mannerism and personality really enhanced the character and the overall in general, and she really showed why she’s the queen of comedic acting. And it wasn’t only Ra Mi-Ran that was amazing. The other cast members were great as well! In fact, the chemistry between the casts was great. Kim Mu-Yeol and Yoon Kyung-Ho, whom you usually see in more serious productions, pulled off their comedic roles very well, and this was a totally different side of Na Moon-Hee. If you watch the film, you’ll know what I mean.

Moving on, the movie was also very humorous. At first, the film was chuckle-worthy, meaning it wasn’t anything to roll on the floor for, but gives you the occasional chuckles. However, once Ra Mi-Ran’s character is enchanted (or cursed may be a better word) with the force of not being able to lie, it gets LOL funny. 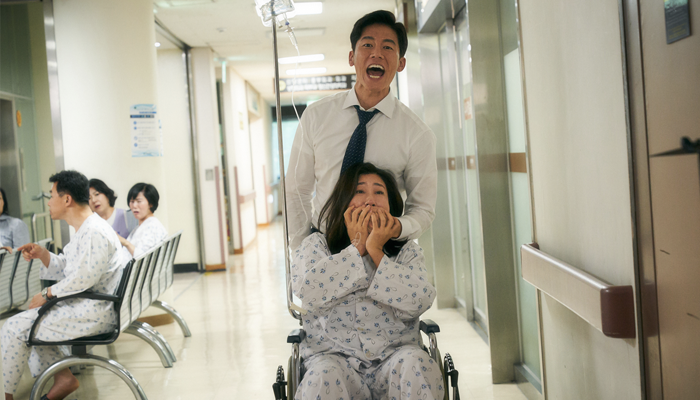 The story isn’t anything great. It’s predictable and not original, as I mentioned. You can tell how the movie will flow, and you hope that it won’t go in the direction as you are thinking and hope for a surprise. However, there isn’t any. It progresses just as you’d expect.

The movie shifts in tones from a comedic film to a trying-too-hard-to-be emotional and trying-to-force-a-lesson-down-your-throat drama near the end. Now, this may be different depending on personal preference. You may actually find it genuine and emotional, but I felt that it should’ve just kept being a comedy and not tried so hard to give a lesson as it entered its closing scenes. But hey, just my opinion. 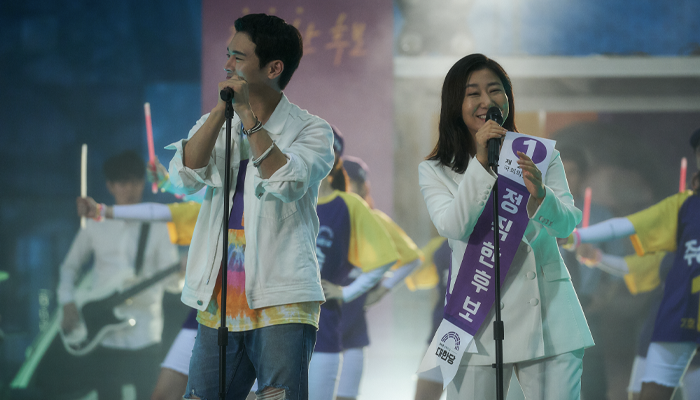 I know there were a lot of interest from international fans, but this hasn’t received a lot of interest from Koreans, speaking solely based off of box office sales. However, as I’ve learned with many other films, you can’t judge a film before watching it, and I stand by that claim, as I very much did enjoy <Honest Candidate>. Is it the best movie of the year? No. But it’s well worth the time. It’s actually pretty funny and had me entertained throughout. The story was predictable, but it was worth watching as a light watch.