I usually have different standards for Hollywood films than Korean movies, as Hollywood productions have way higher budgets. More money means more things they can do with that funding. But this didn’t really transcend in <Lucy>. Surely the money was there, but the production value was poor. The visual and special effects weren’t satisfying for the immense Hollywood-budget they receive, the acting was extremely disappointing, and the story itself was just bland. 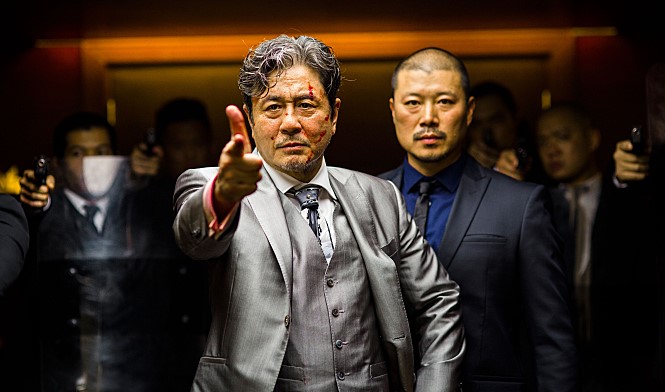 I’ve seen this film before, back when it first came out, in theaters. However, I wanted to watch it again because I felt like it was a film that had influence on Korean cinema/actors in Hollywood, since Choi Min-Sik was in it. Nevertheless, I don’t recall it being this bad… Maybe because I saw the film in theaters the first time around, and this is a type of movie that needs that “theater experience,” but it just seemed like an amateur, underdeveloped superhero movie the second time around. It definitely is a poor representation of Korean actors, and does not show the true potential of what they are capable of (even if one of the greatest Korean actors is in it, Choi Min-Sik).

Directed by Luc Besson, <Lucy> was released on September 3rd, 2014 in South Korea. It features an amazing cast of Scarlett Johansson, Morgan Freeman, Analeigh Tipton, and of course, Choi Min-Sik. The movie offers an interesting idea, and borders on the genres of an action, thriller, and superhero movie.

The average person can only use 10% of their brain capacity. If you have 24%, it gives you the complete control of your body. At 40%, you have control over every situation. 62% allows control of others. And 100%…?

Lucy was an average, normal American woman that lived and studied in Taiwan. That is, until she met Mr. Jang, a Korean drug lord notorious for being brutally malicious. What she believed was a simple paperwork delivery, turned out putting her in the middle of a massive and secretive drug deal. Captured by Mr. Jang and his mob, a bag of an unknown but powerful drug is sewn into her body, and she literally becomes the delivery. She must transfer the drug to Europe, but in the process, the bag erupts inside her and spreads throughout her body. She slowly and progressively gains the capacity to use more and more of her brain, and gains psychokinetic powers.

One positive of the film was the it posed a great hypothetical. The movie revolves around the 10% brain capacity idea, and envisions what would happen if we were able to increase the scope of our brain’s abilities. I’m unsure of to what extent the movie is actually factual, but the whole idea itself (the 10% brain capacity) is in fact a myth. Nonetheless, it’s an interesting idea to think about. If you watch the film assuming/pretending to believe that everything is true, then it’s quite intriguing.

And that’s about it for the good, unfortunately…

I honestly don’t think I’m a very harsh evaluator when it comes to films; I generally enjoy a lot of movies, and if it entertained me, I give it a decent score. As long as it’s not downright horrible or fails to keep my attention majority of its runtime, I’m not going to be too strict on reviewing the film. However, I had an incredibly hard time finding positive aspects of the film, had extensive dissatisfactions, and had a difficult time staying focused and investing my attention into the film. 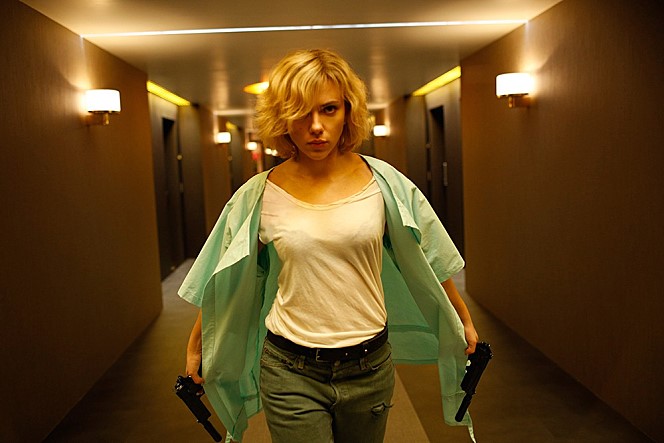 First, the acting. The lineup of cast is amazing; you would expect the acting to be equally great. However, I was incredibly disappointed in the performances by the A-list stars. Actually, the film had horrible acting in general. The Korean extra actors (the mobsters)? Extremely cringe, and the spoken Korean was very off. As I continuously mentioned in my reviews, English is really bad in Korean movies. Apparently, it goes the other way too. In fact, the “Korean” mobsters weren’t even Korean in the latter scenes. Yet, Choi Min-Sik was speaking Korean to them as he did to the Koreans in the beginning of the film, and they completely understood him. And because I mentioned Choi Min-Sik, not even he could save the acting. He was absolutely marvelous in <I Saw the Devil>, <New World>, and <Old Boy>. Nonetheless, the expectation one has of the combination between him, Morgan Freeman, and Scarlett Johansson was anything but good. Also, Scarlett Johansson’s acting seemed very… ingenuine. Her crying seemed extremely fake (or her acting in general).

Second, the progression of the narrative was terrible. Yes, the idea was intriguing; but it wasn’t original. It was very similar to that of <Limitless>.  Going past that, the film was pretty good up until the full effects of the drug took effect. After that, it just got extremely unrealistic, even for a SF movie. And I won’t even mention the cringy humor. To be honest, I wanted to stop watching halfway through, but tried enduring through in order to write this review. Nonetheless, I failed to complete the film and fell asleep around 80% through… 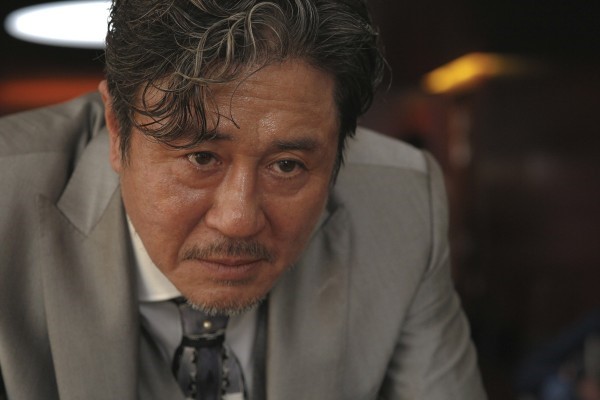 Furthermore, the facts of the story do not line up. For example, let’s say you actually could use majority of your brain’s capacity, or even 100%. In this case, as mentioned in the film, you should be able to control everything around you. Then I ask, what’s the need for use of a laptop as used in the movie? Also, I ponder why Koreans specifically were used in the movie. I mean, great that Koreans, Korean actors, and Choi Min-Sik on the micro-level are getting exposure. But in alliance with the story, it seems very off. Koreans are as far away from drugs as I know…

And finally, the cinematography. This may just be a personal viewpoint, but I disliked the filming style and the edits of the movie. The frequent scenes that flash to other settings and sequences, for example to nature scenes, disconnected me from the movie and was unnecessary.

<Lucy> was not a good representation of Korean actors, Korean cinema, or Korea in general. It was super unrealistic; reality is nothing in this movie. Maybe if I was a toddler or in elementary school, I would find this interesting. If you have you not watched this yet, there’s no need to.