Hello everyone, and welcome back to another movie review by EonTalk. Today’s review will be on the crime-adventure film <Collectors>.


Directed by Park Jung-Bae, who hasn’t directed other feature films prior to this but was the assistant director of movies such as <My Father>, <Silenced>, and <Miss Granny>, <Collectors> was a crime-adventure film revolving around a team of tomb raiders, raiding and stealing ancient artifacts buried deep inside the ground. The team consists of actors Lee Je-Hoon, Jo Woo-Jin, Shin Hye-Sun, and Lim Won-Hee, and I must say, the casting was one of the best parts about the film. I’ll get into this more deeper in a moment. The film also had a list of great supporting actors, including Song Young-Chang, Joo Jin-Mo, Lee Sung-Wook, Park Se-Wan, and Park Jin-Woo. Before getting deeper into the review, let’s first take a look at the detailed synopsis of the movie.

The synopsis is as follows:
The master of tomb raiding, Kang Dong-Gu; The expert in tomb murals, aka the Korean “Indiana Jones”, aka Professor Jones; The best of the best in excavating, the Digger; These three come together to form a team of tomb raiders, and the elite curator of ancient arts, Director Yoon, proposes a dangerous but very appealing offer. From stealing an ancient Buddha figure from a temple, to a mural from Goguryeo, and even beneath the heart of Seoul, Gangnam, the team of excavators dig through to collect the highest of high treasures.

As mentioned in the intro, <Collectors> had a great cast lineup. The main cast members Lee Je-Hoon, Jo Woo-Jin, Shin Hye-Sun, and Lim Won-Hee, were wonderful choices for their roles, and I especially liked Jo Woo-Jin and Lim Won-Hee in their characters. Jo Woo-Jin played a lot of serious roles, such as in <The Battle: Roar to Victory>, <Money>, and <Default>, to name a few, all of which are also great movies to watch. But to see him in a comical role in <Collectors> was a breath of fresh air, and he actually makes for a great comedic actor as well. From when he first appears on screen to the finishing scenes, he was able to deliver great laughter.

Also, Lim Won-Hee was very humorous in his role as well. All in all, two great picks for silly character roles. As for Lee Je-Hoon, I’m not sure if his acting was exactly good or not, but it was different for sure. It was a new side to him, and there was a specific scene of him in a karaoke room that had the theater laughing out loud. 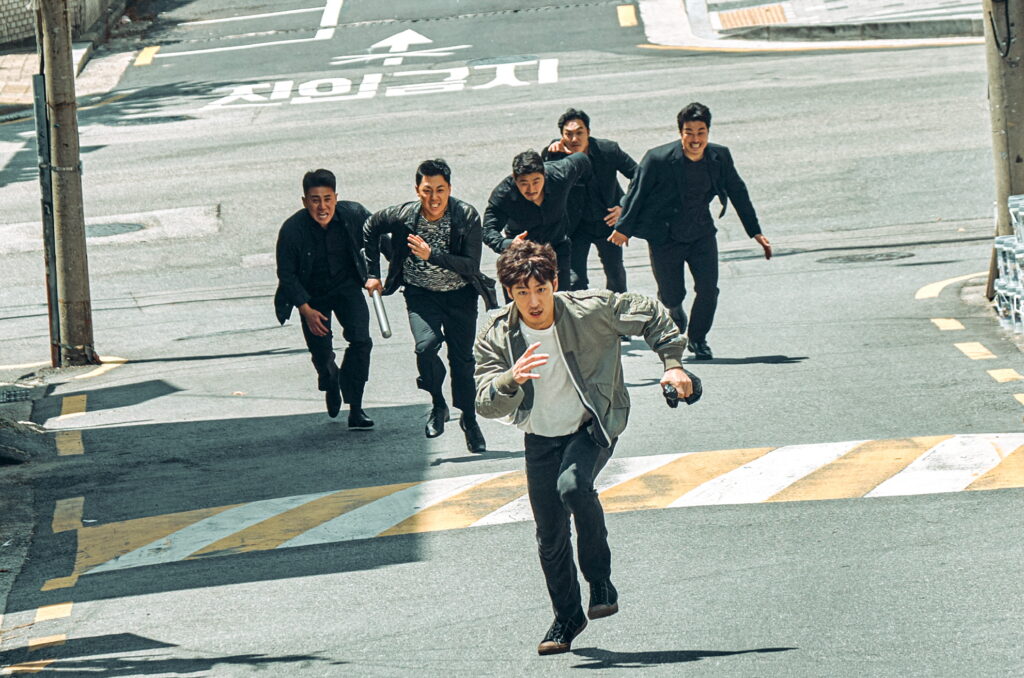 Furthermore, as diverse and dynamic the actors were, so was the style of the film. <Collectors> had many different elements and genres. It had action, thrill, historical lesson, crime, humor, romance, and adventure, and it mostly did all of these pretty well. It was like a mix of the films <The Thieves> and <The Outlaws>, as it borrowed lots of similar elements from those two movies. I also liked that it extended upon the trailers, and that the trailers weren’t all of what the movie was about. There was more to the parts to the story than just tomb raiding Seolleung, Gangnam.

Moreover, I thought that there were parts that didn’t make sense and were forced a little too much when watching, but in the end, they were able to answer most of the questionable parts that I had. 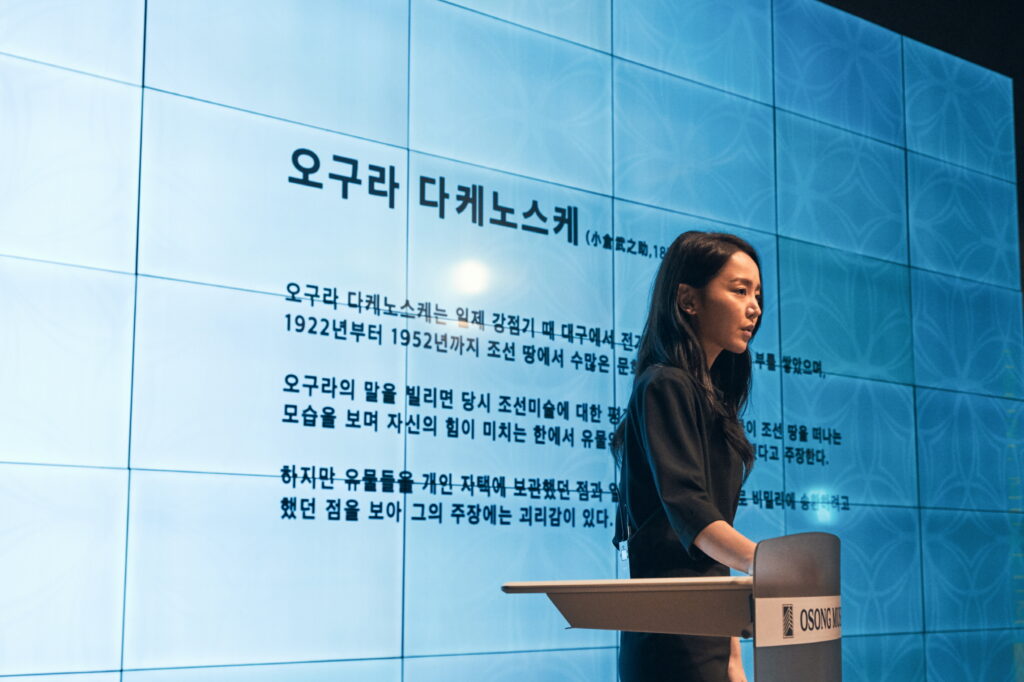 <Collectors> was a light, fun adventure film, but there wasn’t really anything special about it in terms of the story. Maybe because we’ve seen many films of similar nature, such as <Indiana Jones> and <Tomb Raider>, that just did it way better, but the story felt underdeveloped and as if it just lacked something. And comparing <Collectors> to those movies, it felt as if it was made from a similar time as those movies. In other words, it felt outdated.

Another negative I found about <Collectors> was that the movie just flows just as you’d expect it to. There weren’t any real surprises, and this goes hand-in-hand to the first point, but it just didn’t have anything special about it that makes it stand out. The visuals were good, the acting was on point, but it’s just the narrative and the progression that had me a little disappointed. 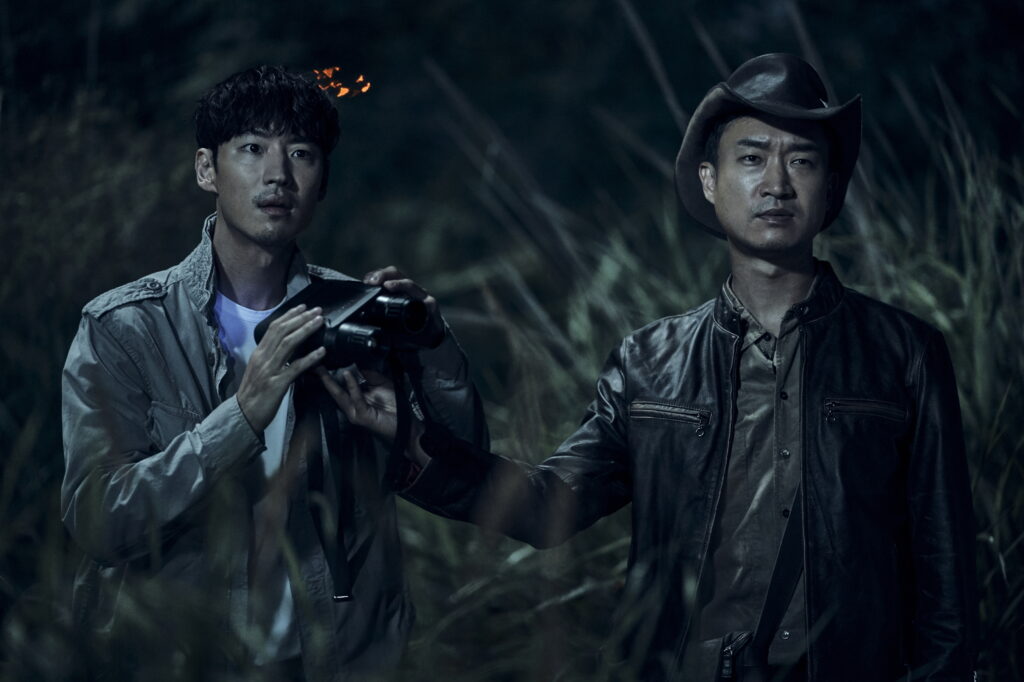 <Collectors> was a fun adventure film that’s good for a light watch. It’s not not a good film, but just don’t have too high of an expectation when going into it. It’s a good way to kill time and enjoy comfortably to close off the day, or if you’re feeling for a light laugh and adventure.