Hello everyone! It’s been a hot minute since my last written post, but am back at it! There have been numerous K-movies I’ve seen and reviewed on the EonTalk YouTube channel, but I haven’t been updating here on the blog. However, the EonTalk written reviews are back, and to kick it off, today’s movie review will be on the Korean crime/noir film that released last year, <Tomb of the River>.

<Tomb of the River> was directed by Yoon Young Bin, who I believe was making his feature film debut with this film, and saw Yoo Oh Sung and Jang Hyuk returning to the big screens in the gangster/noir genre. The film also starred Park Sung Geun and Oh Dae Hwan, and had supporting cast members with familiar faces, such as Lee Hyun Kyun, Shin Seung Hwan, Lee Chae Young, and Han Sun Hwa. There were very minimal marketing efforts for the film, in my opinion. Sure, there were posters and advertisements here and there, but definitely not as much push as one might think there’d be with a movie starring the two main casts.

If you know me, I’m a major fan of this genre when it comes to Korean movies. Some of my all time favorites are films in this genre, such as <New World>, <Nameless Gangster>, and <Friend>. But was <Tomb of the River> worth mentioning along with those other masterpieces? Let’s first take a look at the detailed synopsis of the film before diving deeper into the review.

The synopsis is as follows:
Gil Seok is part of one of the biggest gangs in the city of Gangneung, and he’s always put great emphasis on maintaining a peaceful state. One day, he’s offered the management position of a massive resort in his city, but Min Seok, who’s also going after the ownership of the resort, suddenly appears. From their first meeting, high tensions are felt, and in order to achieve his goal, Min Seok starts to put his thoughts into action. And a war between gangs, unravels.

Right off the bat, I must mention that the movie had great casting of Yoo Oh Sung and Jang Hyuk, two actors specialized in this field: Yoo Oh Sung in the gangster/noir genre, and Jang Hyuk in the action genre. Yoo Oh Sung is an absolute legend with his performance in one of the most well-received noir films out of Korean cinema, <Friend>. And his charisma hasn’t changed at all, as his glare and fierce eyes remained just as powerful in this. Also, Jang Hyuk gave his signature action moves in <Tomb of the River> as well.

As mentioned before, there were very little promotions of the film, but despite the lack of marketing, the movie had a surprisingly good cast. No, it wasn’t full of A-listers, but there were some familiar faces in the film that you can recall seeing from somewhere else before.

Moreover, the movie did a good job at showcasing the lives of these “gangsters” – how they live everyday, how they behave around one another, things that we don’t really see from a front-end, usually. To what extent does this reflect reality is another story, but it was interesting to see the movie’s take on this. For example, how the subordinates drink and smoke in front of their boss, and how they light the cigarettes for their bosses as well. It’s these details that had me intrigued in the beginning. 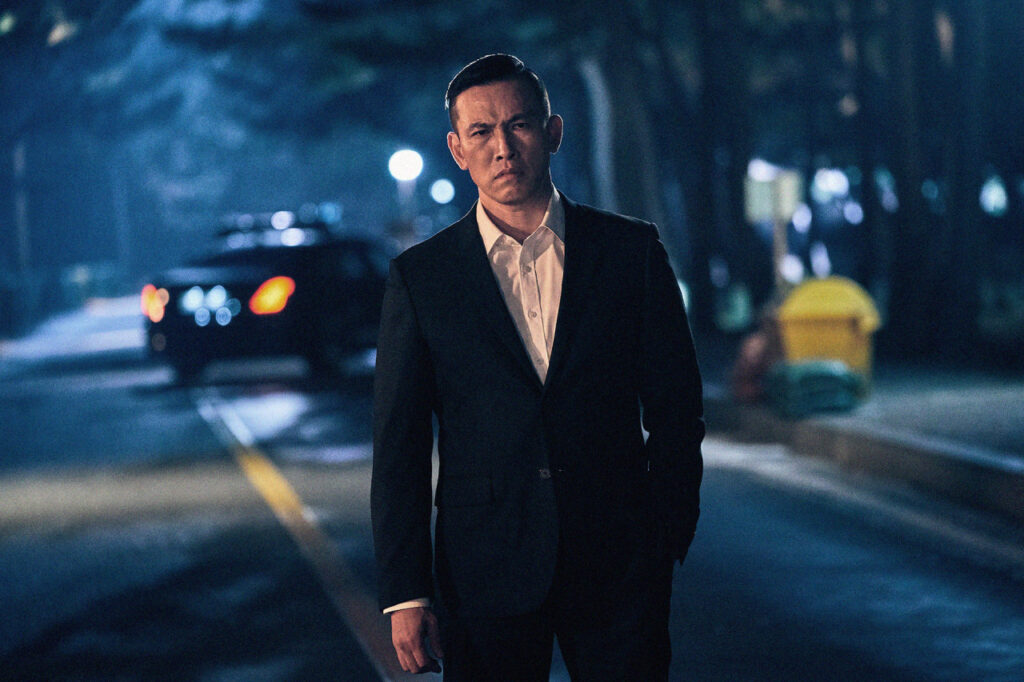 The film doesn’t rely on extravagant CGI, visual effects, or overly utilize sound and auditory effects. Sure, it does have it, more-so as it draws near its conclusion, but it doesn’t overuse it, especially in the first half, which is where I found the majority of the positive elements of the film lies. Instead, it tries to give a sense of suspense through other methods, such as the dialogue, facial expressions of the actors, and the overall acting performances. There’s this strange, mysterious tension between Jang Hyuk and Yoo Oh Sung from their first meeting, and there aren’t background music or visual effects that are used to create this atmosphere; it solely relies on the two actors’ performances to give off that tension.

And the final good thing I found about the film was that it had frequent humor points through its first half. And the humor it creates is also quite unique; from the attitude/mannerism of the characters, the language, the spoken dialect, etc. These were what created the lighter tones that kept a balance of not going too dark .

The biggest negative of <Tomb of the River> was its story. I kind of hinted that the movie was good for the first half, and I’ll say it here now, the movie spirals into a downfall after the halfway mark. It gets extremely slow and feels like it drags so much that there isn’t much progression; and the reason for this, in my opinion, is that the story was really generic and predictable with no originality, which is why the audience keeps thinking that they can guess what’s to come, which ultimately is the case. 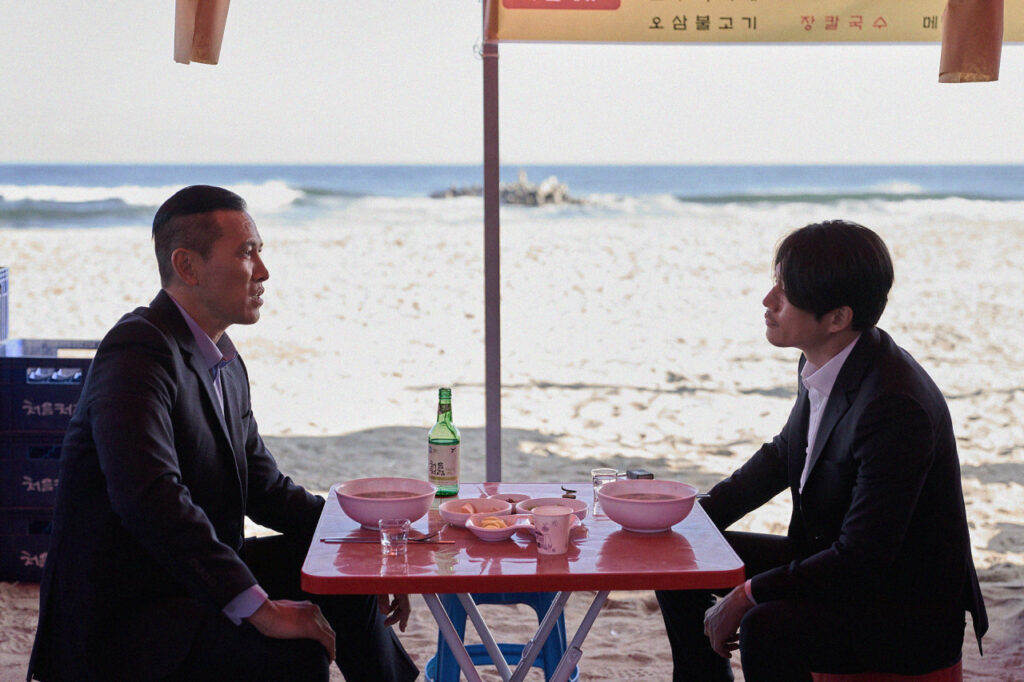 Furthermore, the movie tries way too hard to be hard. Although I highly enjoyed the natural tension it gave at the start, the more the movie progressed, the more it forced the noir vibe, which made it seem like they were simply trying too hard.

And finally, the organization structure was a bit confusing. This ultimately is because there were several characters in the film that looked alike, who were on different sides, so you start being confused as to who’s who, and who’s on which side. There were two “bigger” characters that looked extremely similar, but were on opposite teams. Thus, you start to lose track of who’s who. There also were characters with long hair that resembled each other, which had the same identity problem. If there were distinctive features or methods, such as hairstyle or clothing choices, that differentiated the two sides or just between the characters, it would’ve been much more helpful. 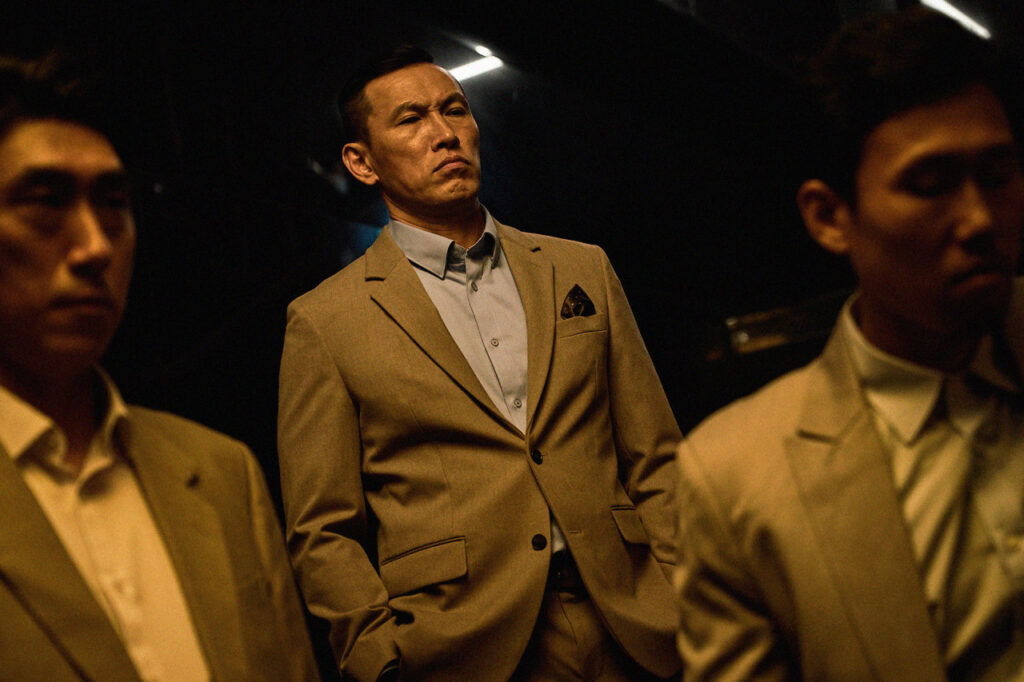 <Tomb of the River> was a film of the noir/gangster genre that Korean cinema does oh so well. With Yoo Oh Sung and Jang Hyuk’s incredible chemistry, the film was enjoyable to watch as the two started building heat between one another. However, I have to say that beyond the acting, the story itself wasn’t anything special, and was a B-class movie with A-class stars’ acting. The movie would be good on B-class standards, but not so much in the A-class, mainstream level; especially since there are so many other great Korean noir movies to choose from.