Hello everyone, and welcome back to another video movie review. Today, I have the written review of the new Korean film <New Year Blues>.

Directed by Hong Ji-Young, the director of <Will You Be There?>, <Horror Stories>, and the very similar film <Marriage Blue>, <New Year Blues> was originally supposed to release on New Years Eve of 2020, which would’ve been a perfect timing for this film. The movie literally revolves around the build up of the New Years starting from Christmas, and so to have this movie come out in late December would’ve been optimal. However, as the corona situation got worse in Korea, the film was delayed last minute, until finally releasing on February 10th 2021. This, I would say, was the second best choice, as it was targeted towards the Lunar New Year holiday. It doesn’t fit the content of the movie exactly, but it’s better than having to wait a full year for it to release in December of 2021.

Anyways, <New Year Blues> starred the likes of Kim Kang-Woo, Yoo In-Na, Yoo Yeon-Seok, Lee Yeon-Hee, Lee Dong-Hwi, Duling Chen, Yeom Hye-Ran, Choi Soo-Young of Girls’ Generation, and Yoo Tae-Oh. A very solid cast lineup to say the least. The film is about 4 different couples going through different life events prior to the start of a new year. Let’s first take a look at the detailed synopsis before moving onto the good parts about the movie. 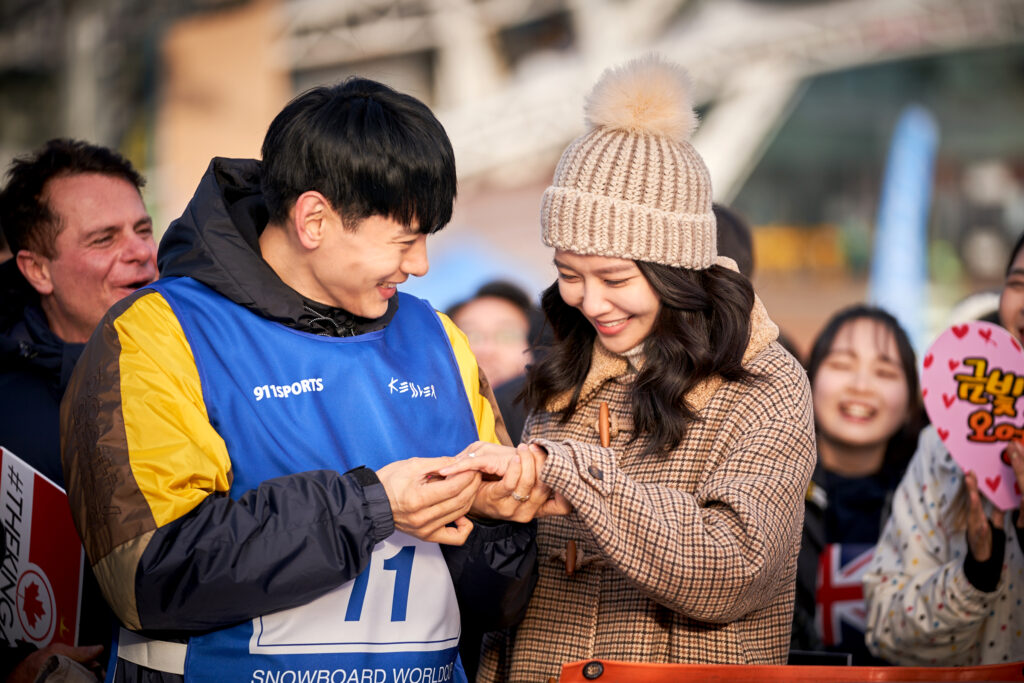 The synopsis is as follows:
‘Ji-Ho,’ a fourth-year divorcee detective who’s in charge of a personal protection program, and ‘Hyo-Young,’ a perfectionist health trainer who’s the person receiving the personal protection with an ongoing divorce suit.
‘Jin-Ah, a contract worker at a ski resort who leaves for Argentina after being dumped by her boyfriend, and ‘Jae-Heon’, a local wine delivery man in Argentina who fled to the country after being burnt out by reality.
‘Yao Lin,’ a soon-to-be bride that moved to Korea from China ahead of her marriage to ‘Yong-Chan,’ the head of a travel agency who was robbed of his wedding funds. And his sister, ‘Yong-Mi,’ who’s upset about losing her only brother after the marriage.
‘Rae-Hwan,’ a Paralympic national team member who feels sorry towards his girlfriend due to the prejudice of the world, and ‘Oh-Wol,’ who believes there shouldn’t be biases when it comes to loving someone.
The stories of these 4 couples, who all face their own difficulties, leading to the new year begins.

First, I thought the movie had great casting and that the chemistry between the cast was great. The Kim Kang-Woo and Yoo In-Na couple were a couple that sort of annoyed each other at first, but gradually and naturally got close and fond of each other. The Yoo Yeon-Seok and Lee Yeon-Hee couple met by sheer chance in a foreign country, and the foreignness of their environments brought them closer together. The Lee Dong-Hwi and Duling Chen couple not only displayed international marriage, but also bridging the gap between two different individuals that lived different lives, that must come together and join hands through marriage. And the Choi Soo-Young and Yoo Tae-Oh couple showed that nothing should come in between two people that loves each other. These 4 couples really fit well with one another.

Furthermore, besides the main leads there were special appearances every here and there, and it was good to see familiar faces such as Choi Siwon, Ra Mi-Ran, and Ye Soo-Jung. 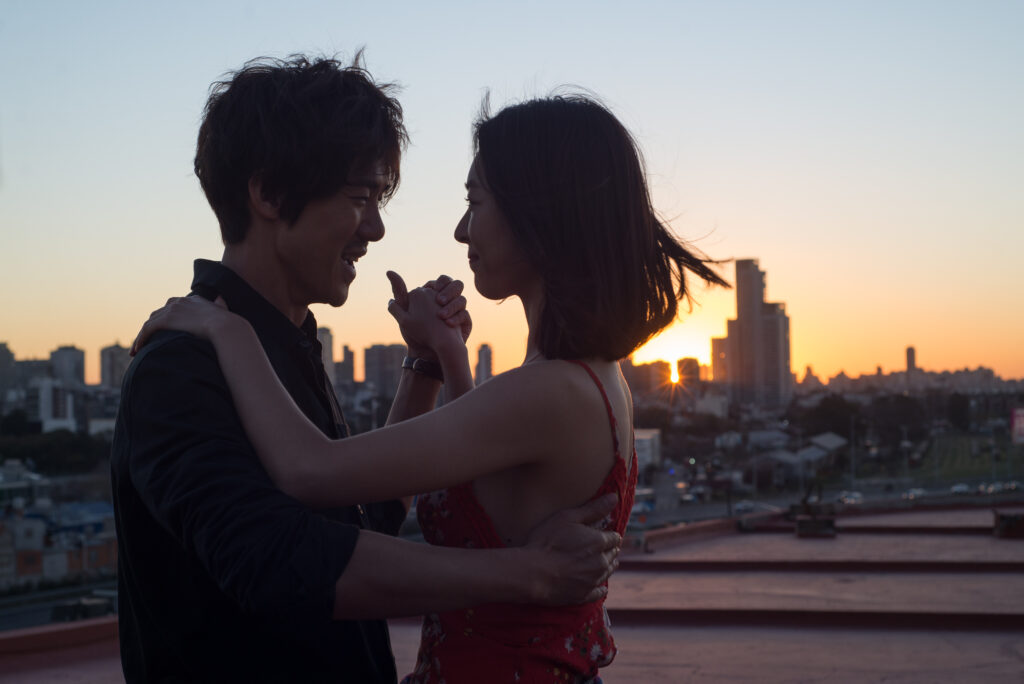 Moreover, I thought the cinematography of the film was great, especially the scenes of the Yoo Yeon-Seok and Lee Yeon-Hee couple, which takes places in Argentina. Those scenes were beautifully shot, and really makes you want to visit Argentina. It was almost like a promotional video for Buenos Aires, which isn’t a bad thing. It really made me want to visit, and makes you wonder if people really are as friendly as the movie makes it out to be. If you’re a viewer from Argentina, let us know if the comments!

As you watch, the movie starts to get a little cringe, and as it progresses it goes full-out cringe mode. The cheesiness is cute at first, but as it keeps going on, it becomes so forced that I just found myself shaking my head. And near its end, it gets so cringe that I found myself just laughing at how cheesy and forced it was. Definitely the biggest downfall of the movie if you ask me.

Also, the trailers gave away way, way, way too much. If you’ve seen the ‘making of’ and the ‘character’ trailers of <New Year Blues>, you’ve basically seen the whole movie. Everything about the story, characters, and background were all revealed in the trailers, which is quite disappointing, and even the parts that weren’t shown in trailers, you can predict what will happen and the movie flows as you’d expect it to. 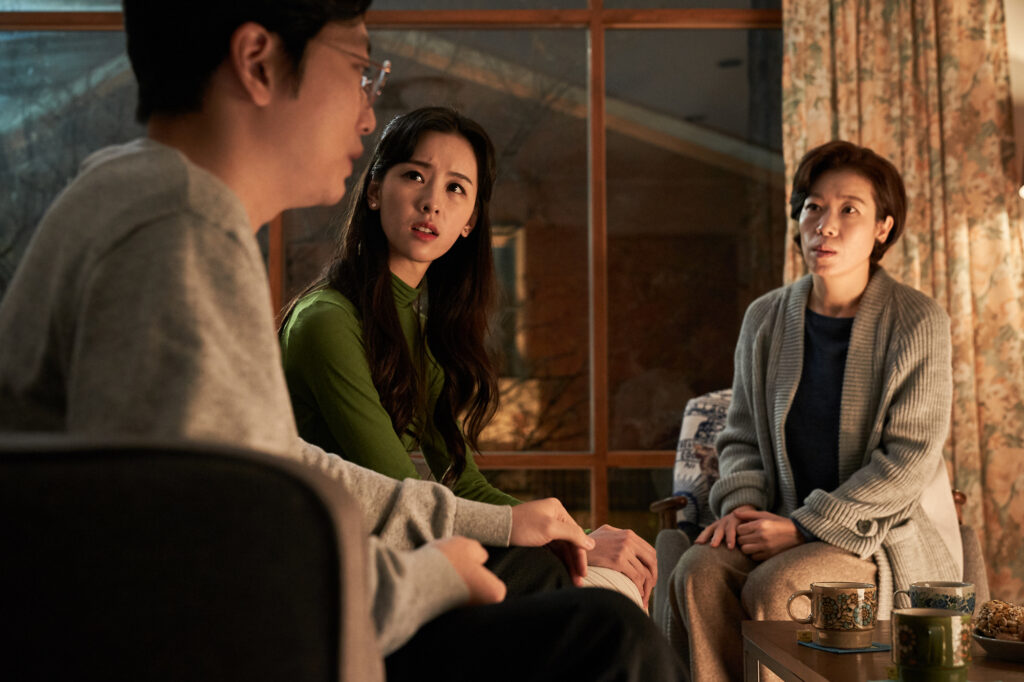 Other than that, there are nitpicks, such as parts about the story being logically improbable, but they weren’t so bad that I have to get into those. It’s just those two that I mentioned just now that were the biggest negatives.

<New Year Blues> is a very feel-good vibes type of movie, and good for a light watch. As mentioned, it’s a very cheesy movie, but if you embrace that, I think it could be pretty enjoyable, and you’ll find yourself cheesin’ it every here and there. Thus, go into it without much expectation, which I understand is hard to do knowing the cast members.