Hello everyone, and welcome back to another Korean movie review by EonTalk. Today’s movie review will be on the must-watch Korean melodrama, <You Are My Sunshine>.

<You Are My Sunshine> is an older film that was released back in 2005, and was directed by Park Jin-Pyo, who also directed <Voice of a Murderer>, <Closer To Heaven>, and <Love Forecast>. The movie featured the duo of Jeon Do-Yeon and Hwang Jung-Min, and the chemistry between the two was amazing. Based on a true story, the movie revolves around a farmer in his mid thirties who falls head over heels for a local girl, and how their love story blossoms, and then turns in the worst way possible. Let’s take a look at the detailed synopsis before getting into the review.

The synopsis is as follows:
Seo-Joong, a farmer in his mid thirties, is desperate to find a wife and settle down. However, finding love is harder than expected and he just can’t seem to find “the one.” Then one day, he lays his eyes on Eun-Ha, a local “dabang,” or a Korean coffee shop, girl, and falls head over heels for her. In order to get her attention and make her fall for him as he did for her, he starts showering her with gifts. Eun-Ha is initially unimpressed and shakes him off, but gradually she starts to fall for the innocent Seo-Joong as well, and is eventually won over by his kindhearted nature. Seo-Joong is eventually able to accomplish his goal of finding true love and settling down, as the two get married. Seo-Joong and Eun-Ha live an ever-so happy and jolly marriage life, but the couple’s marital bliss is short lived, as a devastating news is given. What seemed to be like a dream come true, turns into a nightmare that they desperately want to wake up from. 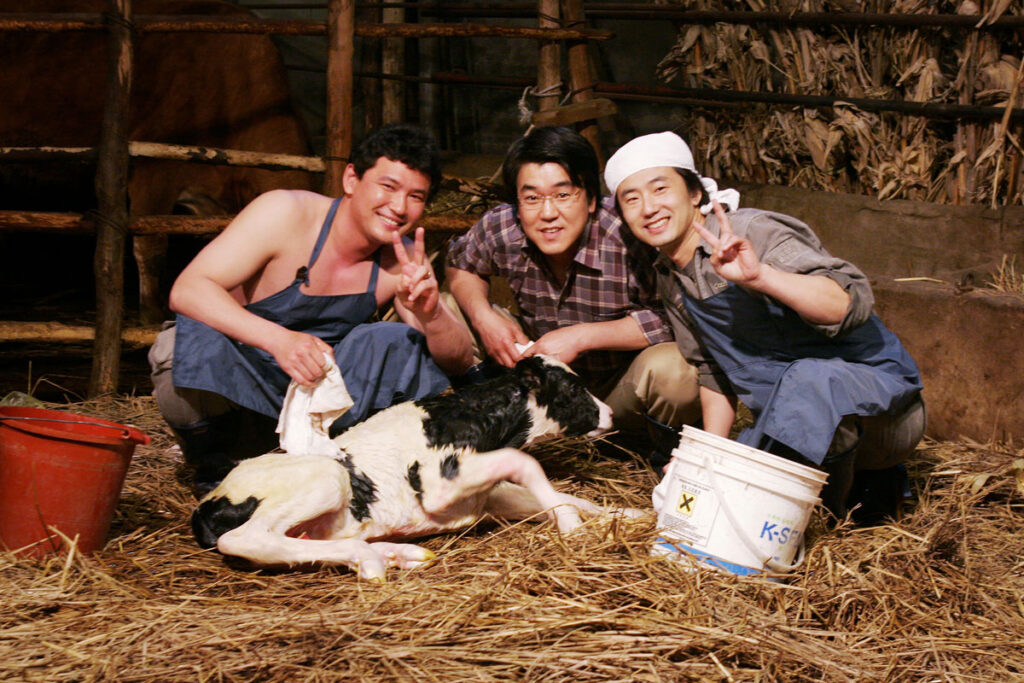 First, I have to mention Hwang Jung-Min’s performance. Hwang Jung-Min’s expressions were so real, and he fit the role so well. I can’t think of anyone else that could’ve replaced him. From funny to emotional, he can do it all, and he truly showed his talent through this film. He had his mainstream breakthrough with this movie, and won the Best Actor award at the 2005 Blue Dragon Film Awards with <You Are My Sunshine>. He made his famous acceptance speech when he won the award, which went something like this: “All I did was add a spoon to a dinner table that had already been prepared by others.” Through this, he showed just how humble he is, and displayed his unconditional appreciation for the director and the film staff.

Not to mention, the competition for the Best Actor category for that year was highly competitive. Some of the other nominees were Park Hae-Il for <Rules of Dating>, Ryu Seung-Bum for <Crying Fist>, Lee Byung-Hun for <A Bittersweet Life>, and Cho Seung-Woo for <Marathon>. 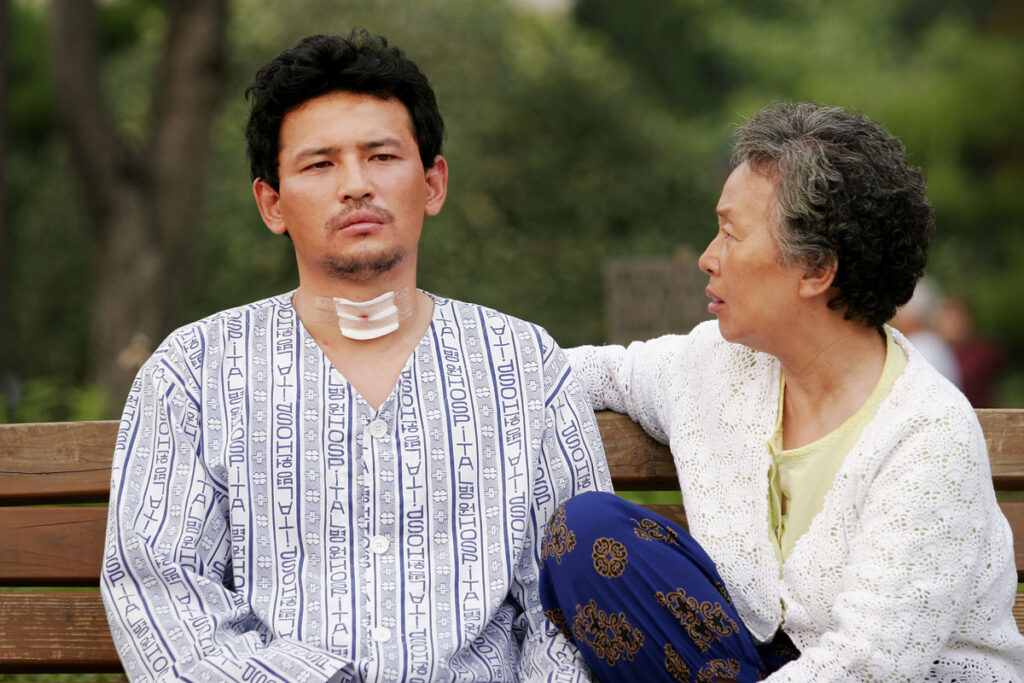 Furthermore, Jeon Do-Yeon was also incredible in her role. She also won the Best Actress award at the 2005 Chunsa Film Art Awards, and her and Hwang Jung-Min’s on-screen chemistry was jaw-droppingly good. If there was a “Best Couple” award back then, they would’ve definitely swept that award. Moreover, director Park Jin-Pyo also won the Best Director award at the 2005 Blue Dragon Film Awards with this film. This just shows how well-received and acclaimed this film was.

Visually speaking, <You Are My Sunshine> has that older film style with not much shifts in camera angles. Therefore, the audience can really focus on the actors and the performances they give. In other words, there aren’t much distractions or technical methods that takes away from the film.

And most importantly, the movie is a very real one. From the dialogue the characters have with one another, (such as Seo-Joong and his friends, and Seo-Joong with Eun-Ha) and trying to get her to fall for him, as well as the story, the movie was very real on all levels. I don’t want to say too much or give too much examples and details in order to refrain from giving spoilers, but yes, the narrative reflected reality very well, especially of that time. There was a really big turn of events, and the ending scene is one of the saddest scenes in Korean cinema. It’s worth watching for that build up to the finale and the big conclusion. 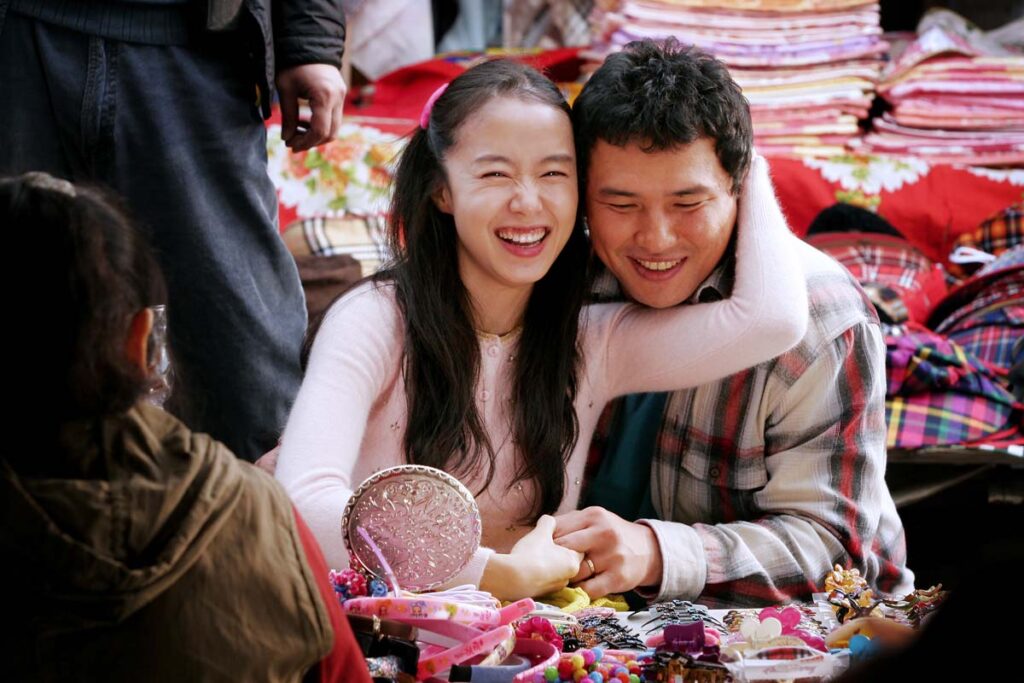 I mentioned this in the good parts as well, but the film has that older style. This can be good for the reasons given before, but on the other end of the spectrum, if you don’t like that older style, then you may find the movie to be on the slower side. In sum, you may find that the film has a relatively slow progression, and the tone and vibe is very different from what we see today.

All in all, <You Are My Sunshine> is a very real movie and that gets really emotional. However, the emotions aren’t forced, and is a genuine film. If you are a fan of Korean movies and the melodrama genre, then this is a must-watch.