Hello everyone, and welcome back to another movie review by EonTalk. Today’s movie review will be on the new K-film <The Day I Died: Unclosed Case>.


<The Day I Died: Unclosed Case> was directed by the female director Park Ji-Wan, who I believe had her feature film directorial debut with this, and the movie had a main cast lineup of Kim Hye-Soo, Lee Jung-Eun, No Jung-Eue, as well supporting cast members Kim Sun-Young, Lee Sang-Yeob, Moon Jung-Hee, and Kim Jung-Young. The film is a mystery drama that revolves around an unclosed case of a girl that allegedly committed suicide, but her body was never found. Before getting deeper into the review, let’s first take a look at the detailed synopsis of the movie.

On the night a typhoon passed by, a girl who was under watch by the authorities on an island jumped off a cliff, leaving only a suicide note behind. In order to close the case as a death-by-suicide, Detective Hyun-Soo, who’s returning to work after a long hiatus, heads to the island. The former cop who was in charge of protecting the girl can’t be contacted, and so she meets with the last witness that saw the girl and starts tracking the now-deceased girl’s final traces. As she undergoes her investigation, she sees and empathizes with all the pain the girl must’ve faced, and as she continues to dig deeper into the case, she realizes how similar the girl was to her. With all that she learns about the incident, she starts to think there’s more to the story than just a mere suicide.

First, I loved the casting and the acting performances of <The Day I Died: Unclosed Case>. Kim Hye-Soo was exceptional, as always, and showed why she’s such a respected veteran actress in Korea. She had the most screen-time, and was able to keep your attention throughout. Furthermore, Lee Jung-Eun is such a great actress. I can’t express enough how great of an actress she is. She’s extremely versatile, and practically everything she’s in she played a different type of character, but executed all so well. It was as if she was a totally different person from when she played her role in <Parasite>, and is almost unbelievable that the two characters were played by the same person.

And it’s not only the main cast members that were good. The supporting cast members were great as well. Kim Sun-Young is a familiar face in Korean movies and dramas, being in the K-movies <MALMOE: The Secret Mission>, <Miss Baek>, and <Herstory>, to name a few, as well as the K-dramas “Crash Landing on You,” “When the Camellia Blooms,” and “Romance is a Bonus Book.” 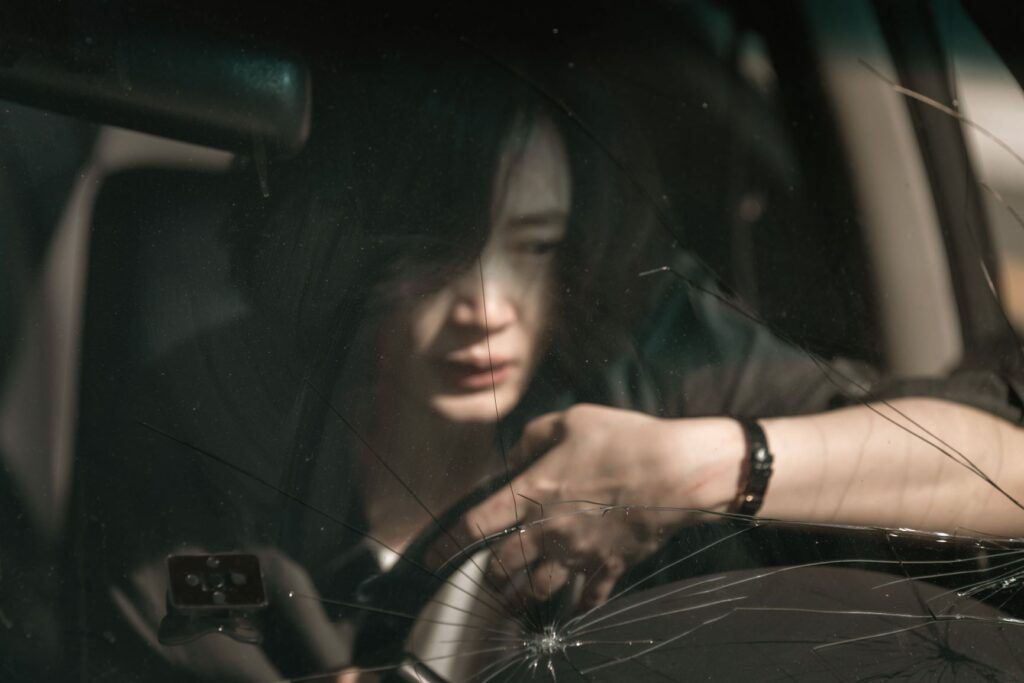 Moreover, the vibe and tone of the movie reminded me of the movies <Me and Me> and <Voice of Silence>, two movies that released earlier this year as well. It had a very odd/different type of suspense than what you typically see in crime thrillers, but I liked it. Also, it had the mysteriousness of <Me and Me>, and if you’ve seen my review on <Me and Me>, you would know that I didn’t like how that movie ended. However, I did speak highly of how it was able to deliver mystery, and <The Day I Died: Unclosed Case> had similar mysterious elements as that.

What I was disappointed the most in with <Me and Me> was how it ended, and I kept hoping this wouldn’t have the same fate and be able to finish strong. Ultimately, the ending was way better than <Me and Me>. It gets a little confusing, but there’s a twist and gets cleared up in the end. Furthermore, it also had similar elements to <Voice of Silence> in not only the general tone and deliver, but also how Lee Jung-Eun played a mute in this, and Yoo Ah-In was a mute in <Voice of Silence>.

And the final good thing I have to say about <The Day I Died: Unclosed Case> was its cinematography. I liked how the movie was shot in certain scenes, as well as the camerawork it had. 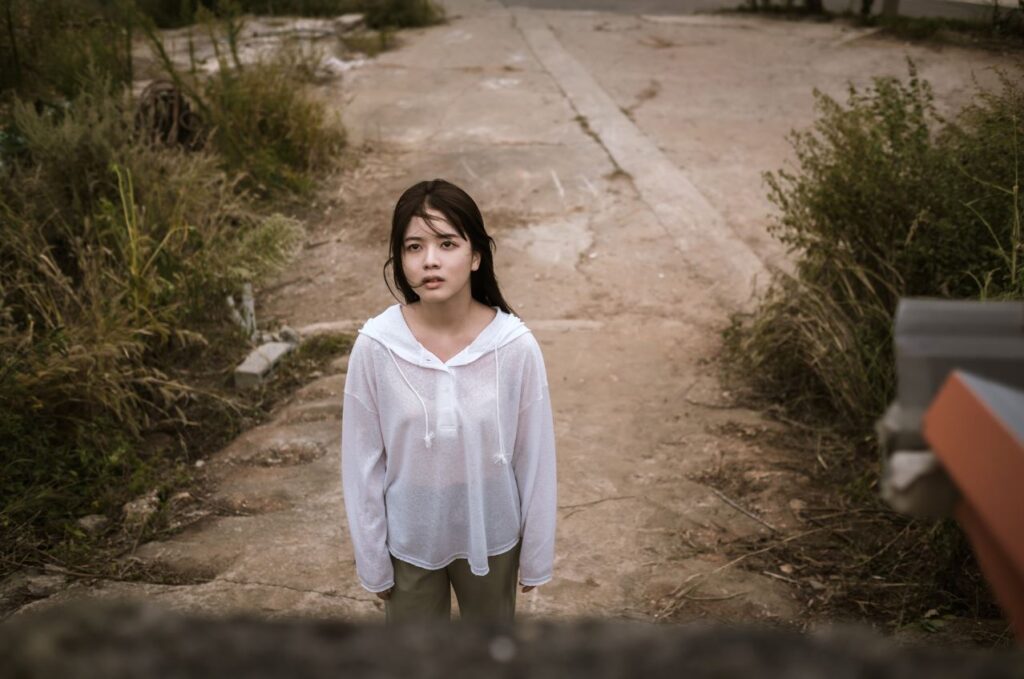 The biggest downfall I found about <The Day I Died: Unclosed Case> was its progression. It was slower than I’d liked it to be, and I feel like it could’ve been shortened a bit. The movie runtime comes in right under 2 hours, but it felt a lot longer than that. If it could’ve finished in 1 hour and 40 minutes or so, I think it would’ve made for a much better-paced film. The movie progression wasn’t too bad, but just a little too slow for my liking. And the reason for this is because there was hardly any action, hence, it feeling to be on the slower side.

Also, I briefly mentioned this in the good parts, but in terms of the story, the ending was good. I liked the twist the film had, and it wasn’t too foreseeable nor was it too out of the blue. However, the final final scene is where I have my disappointments. It cuts to a one-year-later sequence, and I just found how it ended felt really improbable and near impossible. The tone of the overall movie and the final scenes was too different, and didn’t match. 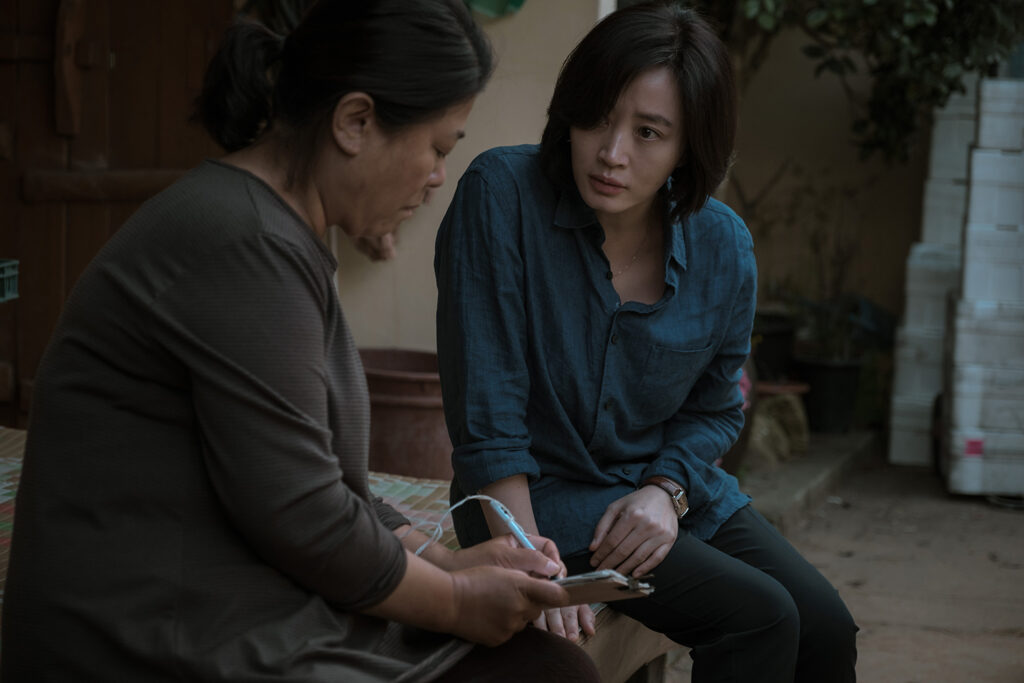 <The Day I Died: Unclosed Case> was a good mystery crime drama with great acting by great actors. It was a little slow for my cup of tea, but that’s just personal preference. The story was good, and if you like mystery movies, I recommend giving this a go.