Hello everyone, and welcome back to another movie review by EonTalk. Today’s review will be on the internationally popular film, <The Box>

<The Box> was directed by Yang Jung-Woong, who hasn’t had other works prior to this film. And the director isn’t the only one in his professional role for the first time, as Chanyeol of EXO is also acting in a feature film as the main lead for the first time as well! He’s joined by Cho Dal-Hwan, who’s a seasoned veteran in the field. It’s great to see more and more idols getting the opportunity to act in feature films, and I think this was a great opportunity for Chanyeol to gain experience. How was his acting performance? Well, I’ll get to that later in the review. But first, let’s take a look at the detailed synopsis!

The synopsis is as follows:
A washed-up former hit producer, Min-Soo, coincidentally discovers a young male, Ji Hoon, singing and playing the guitar, and he’s instantly mesmerized by his potential. He aspires to get Ji Hoon to become a singer, but there’s just one problem: Ji Hoon gets extreme stage fright. However, Min-Soo can’t give up on the potential that Ji Hoon has, and so they sign a contract to have Ji Hoon perform 10 times in various locations, while being inside a refrigerator box. And so, the two leave on a nation-wide tour to get Ji Hoon’s name out, and possibly cure his fear of the stage.

To start off, the intro of the movie was a quick and simple background introduction to the film. It was in a time lapse format that was very effective and delivered its story well. And its not just the format of the intro that I enjoyed, but I loved the camerawork the film had too. It was very cinematic and was like a musical show or theater; very Broadway-esque at times.

Also, there were lots of cameo appearances and familiar faces in the film. Within just 5 minutes of the movie, we see our first cameo appearance of Gaeko from Dynamic Duo. I was really surprised to see him on the big screen, and he covered the song “Bad Guy” by Billie Eilish. His remix was absolutely fire. There also were special appearances from Jung Hae-Gyun, as well as the comedian Kang Jae-Jun. It was fun to spot and find familiar faces throughout the film. Oh, and the movie also didn’t forget to sprinkle in humor every here and there, which I appreciated. 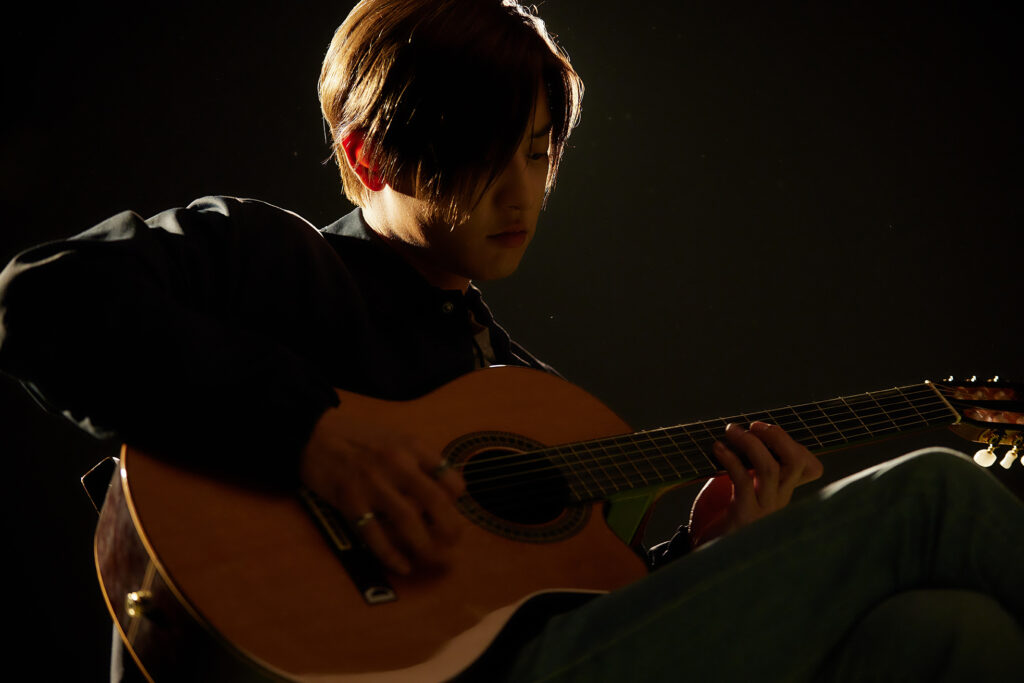 And the biggest, absolutely biggest positive of the film was the music. The movie was full of great music, and I found myself grooving to the beats and tapping my feet throughout its duration. <The Box> gives off that feel-good vibes through its entirety, and the OST of the film, “Break Your Box,” which you can hear in the trailers, is very catchy. Definitely something I suggest checking out.

Moreover, the movie not only had Korean music, but pop music as well, so I’m sure a lot of international fans and people not too familiar with K-pop can enjoy it as well. And the pop music was remixed and covered in a new and original way, so it was very pleasing to the ears.

Not only did the film have great auditory elements, but it was visually attracting as well. The movie was full of outdoor performances, and it just felt very refreshing to see crowds of people enjoying street performances. I can’t wait for the day when we’re able to go out without masks and watch busking performances again. When you watch the performances, you appreciate just how much work that must’ve been put into producing the scenes. The performances truly were incredible. 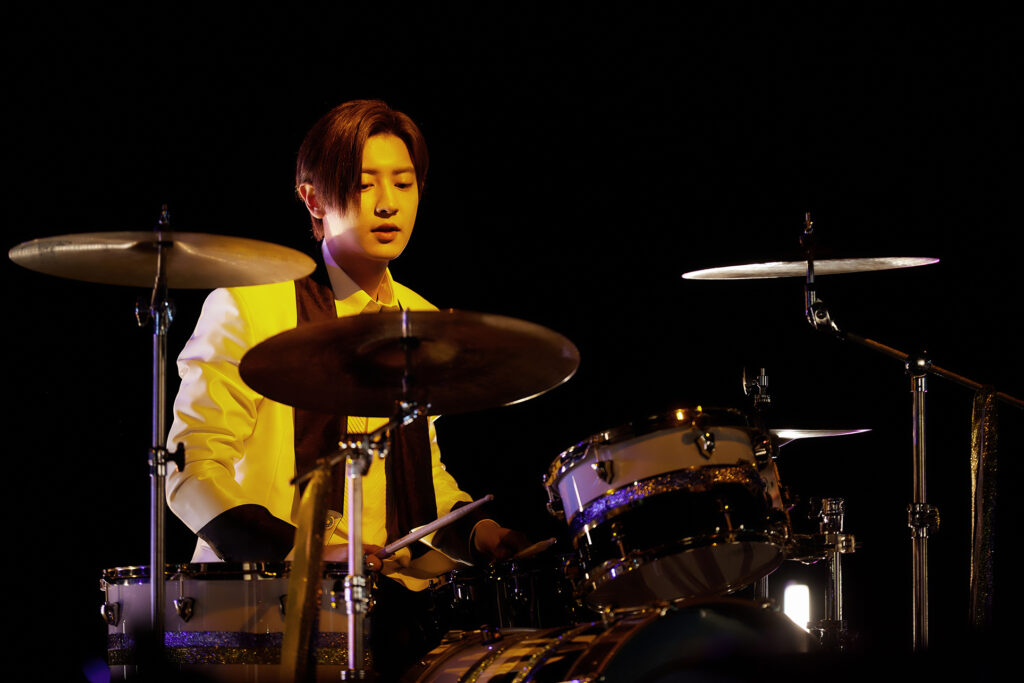 This was my first time seeing Chanyeol act, and we’re seeing more and more idols get the opportunity to act in movies, like fellow SM artist Irene of Red Velvet, who starred in a recently released film <Double Patty>. I think this is good, as we can see the idols we love not only through music, but through the cinematic experience as well.

I knew Chanyeol as the rapper of EXO, but what I didn’t know was that he could sing as well! He has a very charismatic and charming, husky voice. As mentioned earlier, check out that OST of the movie, and I’m sure you’ll fall for his singing voice as well.

As for his acting, I’m divided – so I’ll explain both here and in the bad parts. As for what was good, he didn’t have much dialogue in the first half or so of the film, as the character he plays is a fairly quiet one, so you can’t really judge his “acting” overall based on that. However, the role fit him well. He felt natural and the character felt like him himself; so in a way, I guess that means the role suited him well, and he played it and executed the role naturally. I think it was a good start for him in acting in feature films, and I expect this movie to be a good catalyst for him. The film will definitely gain international recognition with EXO fans and just K-pop fans in general, and this was a good movie to launch his movie acting career with. 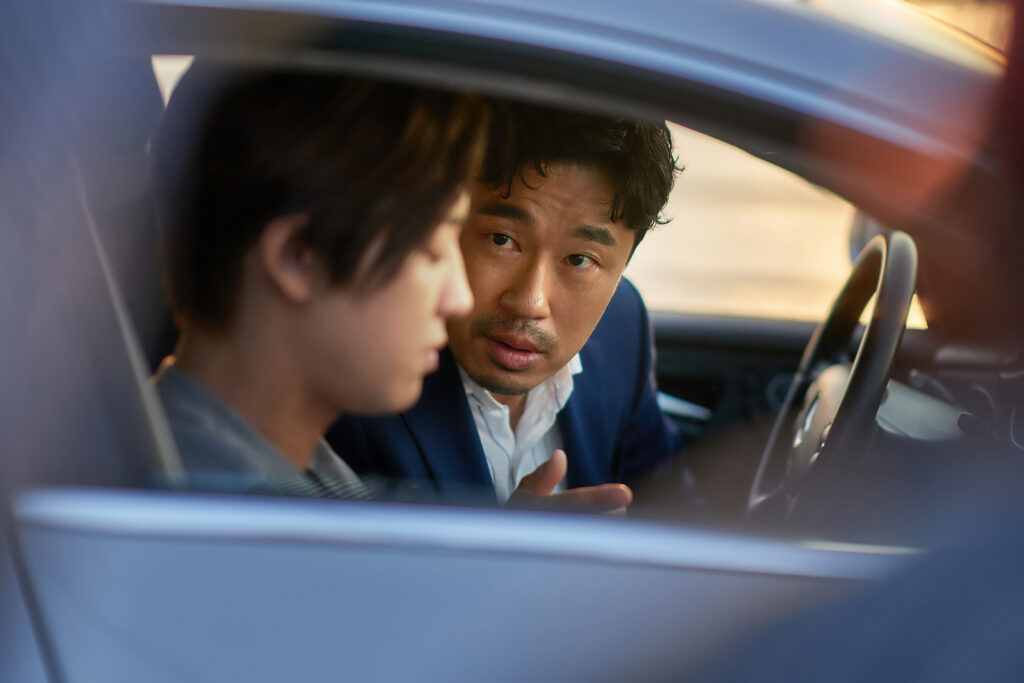 The idea of the movie is pretty original – the performer disguising or covering up and performing without showing his or her face. We see this in real life too, like Primary and Marshmellow, or even the singing audition show, The Voice. The mysteriousness and unknowing elements makes it that much more intriguing and entertaining. Sure, this is good, so what’s bad then, you may ask? Well, the idea was good, but the execution and how the story plays out is pretty generic. This is very subjective, but I just felt that the movie was predictable from the start if you know the overall story, and doesn’t really break away from the original perception you have.

And going back to Chanyeol’s acting, I mentioned earlier that he didn’t have much dialogue in the first half and he felt natural in that character, but once the role entailed more speaking, you can tell that the experience just wasn’t there – and that’s understandable, as this is his first time in a feature film. However, I gotta be honest, it took me out of the element a bit in the latter parts of the movie when the role required a little more from him. I still think this was a good experience for Chanyeol, and there’s a lot of potential for him to improve. I say this with all love and with the wishes of him improving and getting better, so don’t kill me EXO-L’s (lol). 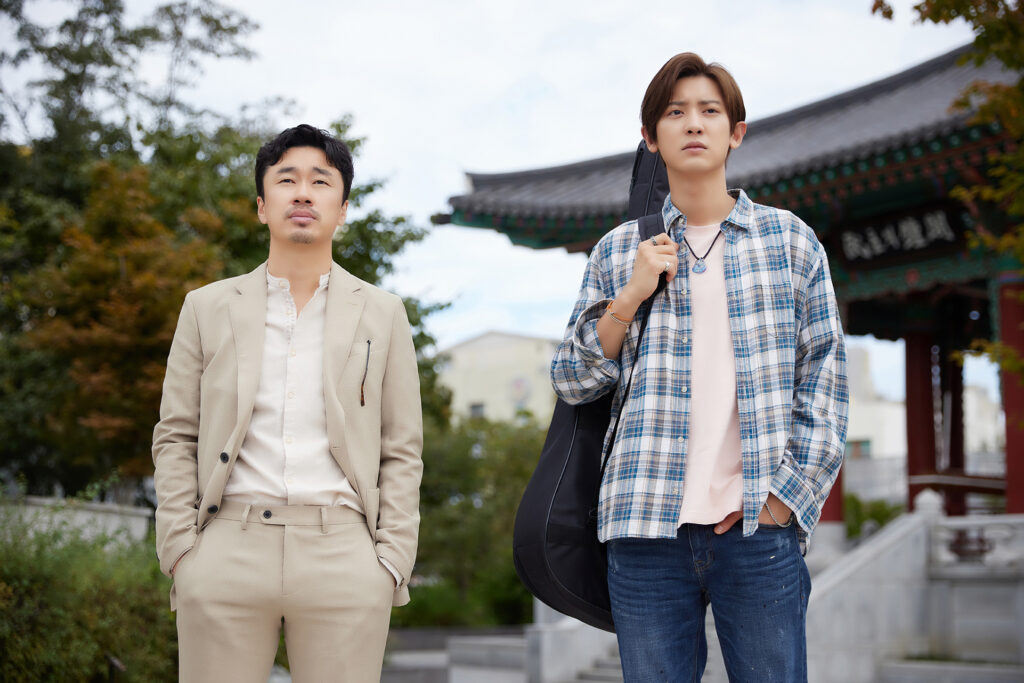 All in all, if you like music and musical dramas, I highly highly recommend watching <The Box>. The film was full of amazing music, and the movie was pleasant both to the ears and the eyes. I believe the movie is having a release in many different locations around the world, so if it is available in the city you’re in, I highly recommend giving this a go – especially if you’re a fan of Chanyeol, EXO, K-pop, or just music in general. And if the film isn’t accessible for you yet, I suggest at least checking out the original soundtracks.