Hello everyone, and welcome back to another movie review by EonTalk. Today’s review will be on the highly requested Korean film <Double Patty>.


<Double Patty> was directed by Baek Seung-Hwan, who also directed another fairly recently-released film titled <Big Mama’s Crazy Ride>. The film starred the duo of Shin Seung-Ho and Irene of Red Velvet, and I believe this is Irene’s first time starring in a feature film. A lot of people showed interest in <Double Patty> because of Irene, and we can see SM Entertainment, the company Irene and Red Velvet is under, pushing their idols into acting recently; case in point, Chanyeol of EXO also starring in another recent film, titled <The Box>.

Anyways, <Double Patty>, contrary to its title, isn’t only about food (although it does have a lot of diverse dishes), but revolves around two different individuals who lived two completely different lives, meeting and getting involved in each other’s lives. Not sure why they titled it <Double Patty>, but anyways, before getting into the review, let’s first take a look at the detailed synopsis of <Double Patty>.

The synopsis is as follows:
A girl, Hyun-Ji, who aspires to be an anchorwoman, and a boy, Woo-Ram, who wrestles and has big dreams. These two meet coincidentally when Woo-Ram goes to a burger joint Hyun-Ji is working at. And there, Woo-Ram falls for Hyun-Ji the moment he sees her. The two don’t have anything in common, except that they both face their own hardships that they must overcome. In that common ground, they find hope and encouragement in each other.

This was my first time seeing Irene act, and I must say, she was really really gorgeous in all of her scenes. I’m not sure if her acting was good, or if it’s her appearance that just stole my attention, but I was pleasantly surprised by how much presence she had on screen. The little gestures she had her were really cute, and those little details, such as her adjusting plates, dozing off, and just simply smiling, really put a smile on the audience.

Furthermore, once her character’s true personality came out, it got even cuter. I feel like the character fit Irene very well, and it felt as if she herself would also be like that role in real life. She’s had her controversy last year, but I won’t get into that in this review as I want to judge this for what it is, a movie.

The character of Hyun-Ji is my ideal type of woman – independent, knows what she wants and works hard to achieve that, loves all types of food and not afraid to try new types of food, and knows how to drink. And being drop dead gorgeous is definitely a plus. 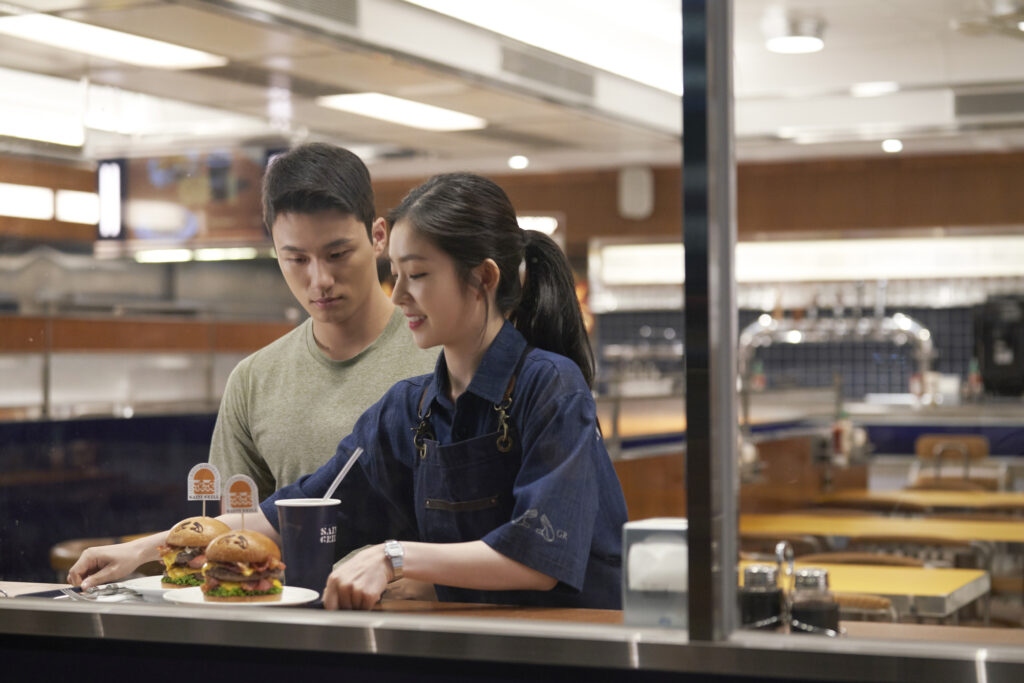 And moving onto the other main lead, I feel like I’ve seen the male actor, Shin Seung-Ho, from somewhere before, but I can’t put my finger on where. I tried looking up his filmography, but this was his only movie he starred in, and the K-dramas he starred in I haven’t watched. If you guys have seen him before, let me know where in the comments! Anyways, the first half or so of the movie is more geared towards the Shin Seung-Ho’s character and his story, as he has a lot more screen time than Irene. The two main leads don’t really have much interaction for the first 40 minutes or so.

Moreover, after watching the trailer(s), you’d think the movie would be about food and eating. I thought it might be similar to <Little Forest>, as that also had elements of food and cooking. However, this had much less focus on food than that. Yes, the movie did have a lot of different types of food, but the focus of the movie wasn’t on food. And I put this in the good parts, as I thought that if it were to be too focused on food, it’d limit itself in its possibilities and potential.

The movie also was very outgoing in certain parts, as it had some socially sensitive topics (or at least in Korea). One socially sensitive topic that the movie had was trans / drag queens. Although this may be more accepted in other parts of the world, it’s not common in Korea, and not common to see in the entertainment industry. Yes, it’s gotten a lot more open than before, but still a long ways to go. But it’s good to see that light is being shined towards the more sensitive subjects. 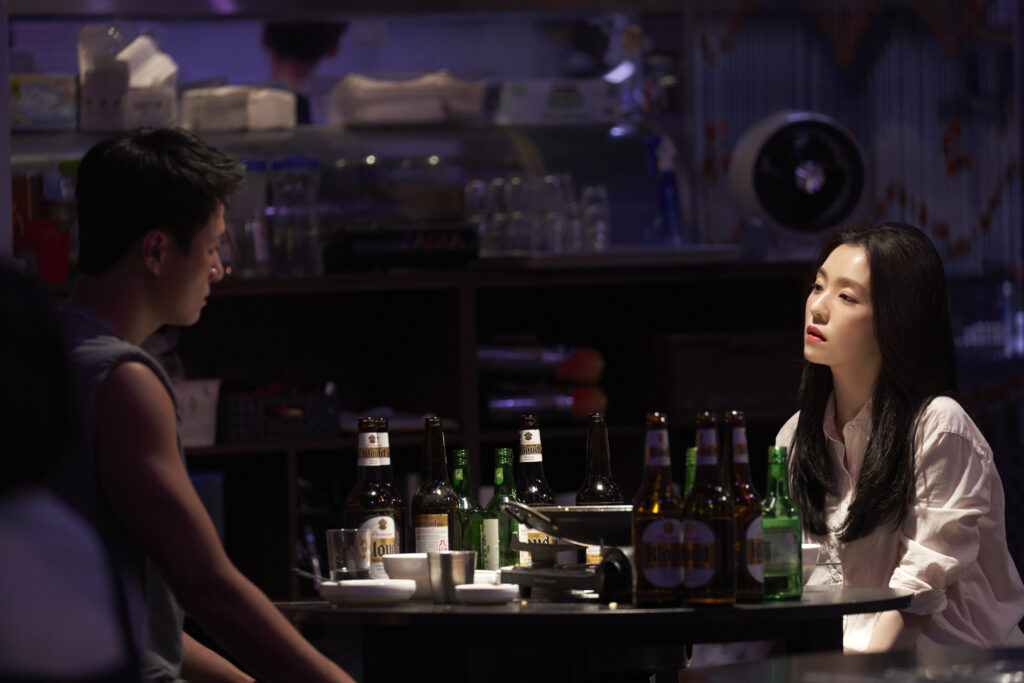 And lastly, contrary to what I thought/expected, the movie isn’t a full-on romance nor a romcom. It’s more of a drama that has hints of romance and comedic elements. It had humorous parts that makes you chuckle, and it keeps a good, light mood.

The film had these sudden changes of tones at times that was very unnatural and broke the flow of the movie. For example, the movie goes from a very light and happy mood to a sudden suspenseful tone. And when the mood goes from happy to a sudden suspenseful moment, it gets pretty cheesy with its background music. I feel like they could’ve been more subtle with their musical choices as well as transitions. Also, there was another sudden change in tone when the film got very “real” out of nowhere, which made the story and the overall movie feel very forced.

Moreover, this may be just the theater I was at, but the audio of the movie was bad. The high tones were really strong, such as bell sounds and clapping, and the audio balance seemed off, so much so that it hurt to hear at times.

This is a nitpick, but it was sorta weird as the movie takes place during COVID, and some parts reflect that, such as leaving an empty seat in between spots in lecture rooms. However, it wasn’t reflective in other, more obvious ways, such as noone wearing masks. This is understandable, as it is a movie after all, but it’s a nitpick I noticed. This isn’t anything that’ll make or break the film, though. I will mention that other parts were expressed realistically, like noone on the streets.

And the last negative thing I’ll say about <Double Patty> is that there wasn’t anything special about its narrative. Nothing about the story, or the movie in general, makes it stand out amongst other drama films. If it wasn’t for Irene starring in the film, I don’t think the film would’ve received half as much attention as it did.

<Double Patty> was a good light watch, and definitely something you need to watch if you are a fan of Irene, Red Velvet, or just K-pop in general. It’s great to see more idols getting the opportunity to give acting a go. As for the movie itself, it had elements to be good, but I can’t say it executed to its full potential. I personally think it would’ve been better as a K-drama, as it tries to go over too many topics and stories that just doesn’t work under two hours, and so it felt all over the place. And maybe because of this, but it lost my attention in the latter parts of the movie, and got a little loose. It’s not bad, but it’s also not something you need to watch in theaters. If it becomes available on Netflix or other streaming services, I’d definitely recommend giving it a go.