Hello everyone, and welcome back to another movie review. Today’s movie review will be on the new crime film <Voice of Silence>.


<Voice of Silence> was directed by Hong Eui-Jung, who’s only had a short film prior to this, and featured the amazing Yoo Ah-In and Yoo Jae-Myeong. The movie also had a child actress named Moon Seung-Ah, who put on a superb performance, which I’ll get to later. But let’s first take a look at the detailed synopsis of the movie before diving deeper into the review.

The synopsis is as follows:
‘Tae-In‘ and ‘Chang-Bok’ are the clean-up crew for a crime organization. They are responsible for cleaning up and getting rid of dead bodies that the organization is done with. One day, they receive an out-of-the-ordinary order from one of their clients. They are told to pick up and take care of a kid for a day, and they unintentionally become kidnappers of an 11-year-old kid. However, things take a turn for the worst when the person that gave them the order dies, and they’re left in a complicated situation with the kidnapped child.

First off, I loved the overall vibe the movie gave. <Voice of Silence> is generally a pretty serious movie with a slow burn, but it had moments of humor every now and then to keep it from being too serious. Also, it gives you a very odd feeling. Of course, kidnapping someone is wrong; Of course, killing someone is wrong. But the film almost unintentionally justifies those actions. It’s very ironic. The little girl that’s kidnapped by Yoo Ah-In and You Jae-Myung is a very shy, cautious child at first, but opens up and almost seems happy to be living with her new hosts. Also, whether the two main characters like it or not, crime organizations are going to kill either way. It’s at least with You Ah-In and You Jae-Myeong’s characters that they’re able to receive a blessed, wishful burial. By no means am I saying that either one of these crimes are justified, but it gives this odd, ironic feeling that it almost is.

Furthermore, another amazing part about the film were the acting performances by the actors. First, Yoo Ah-In. Yoo Ah-In plays a mute, and although he can’t speak, his way of expression through his eyes and facial expressions is incredible. He purposefully gained 15kg, or about 33lbs, for the role, which shows how much preparation he puts in to get ready for his roles.

Also, You Jae-Myeong put on an outstanding performance as well. He plays a character with a bad leg, who limps around, and his portrayal of this character was great. There’s no doubt that he’s one of the most versatile actors in Korea.

Moreover, the movie was shot beautifully. The film was a beautiful work of cinematography, and it was a pleasure watching the movie.

And finally, the little girl was played by Moon Seung-Ah. The only other work she was in before this was a smaller production titled <Scattered Night>, which won a few awards at the Jeonju Film Festival. She’s definitely another child actress to look out for, as she put on a phenomenal performance in <Voice of Silence>. 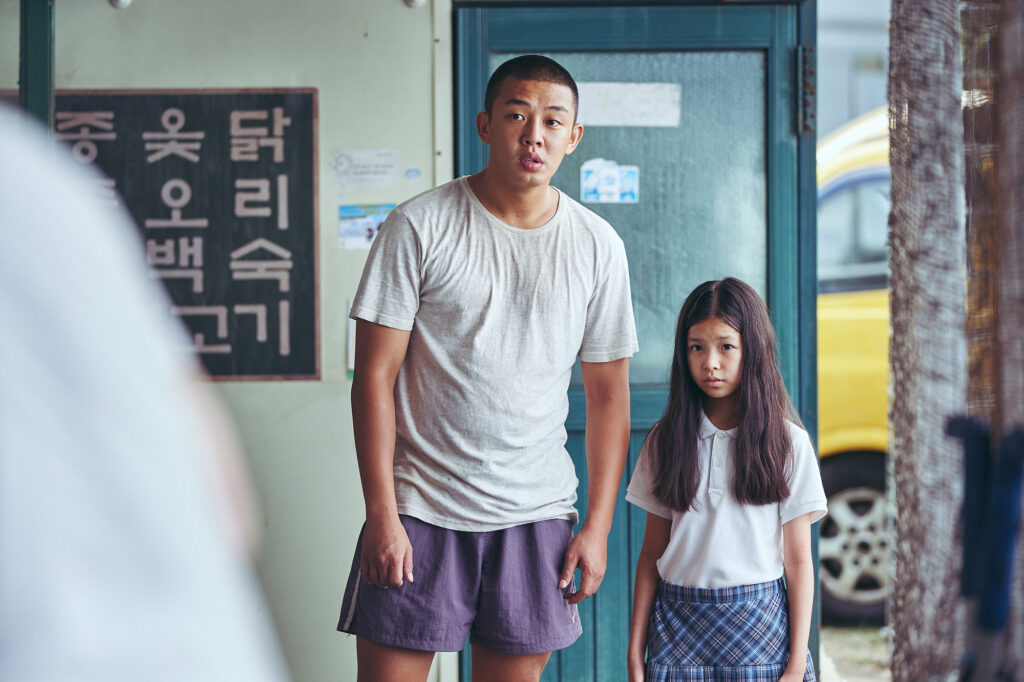 The first thing to mention as a negative of the bad parts is more of a personal preference. As mentioned, the movie was a slow burn. I personally don’t like these type of slower films, and I totally understand that’s a personally preference. A lot of people regard <Burning>, another film that Yoo Ah-In starred in, as the best movie of 2018. However, I personally didn’t think that the film was that good. It’s a good film, don’t get me wrong. But I wouldn’t consider it the best. I will mention, though, that <Voice of Silence> wasn’t as slow as <Burning>, and I actually was intrigued and engaged throughout the film. But if you are like me and don’t like slow burners, this may not be for you.

Furthermore, there was one part of the movie that didn’t make sense to me. It didn’t make sense and was very improbable how the little girl takes care of and follows her kidnappers so easily. I would think that you would despise and stay away from the kidnappers as much as possible, but the little girl in <Voice of Silence> was very open to the kidnappers. Granted, I understand that she probably did this to get on the good side of the kidnappers and earn their trust, but I just thought it was to an overdone extent. 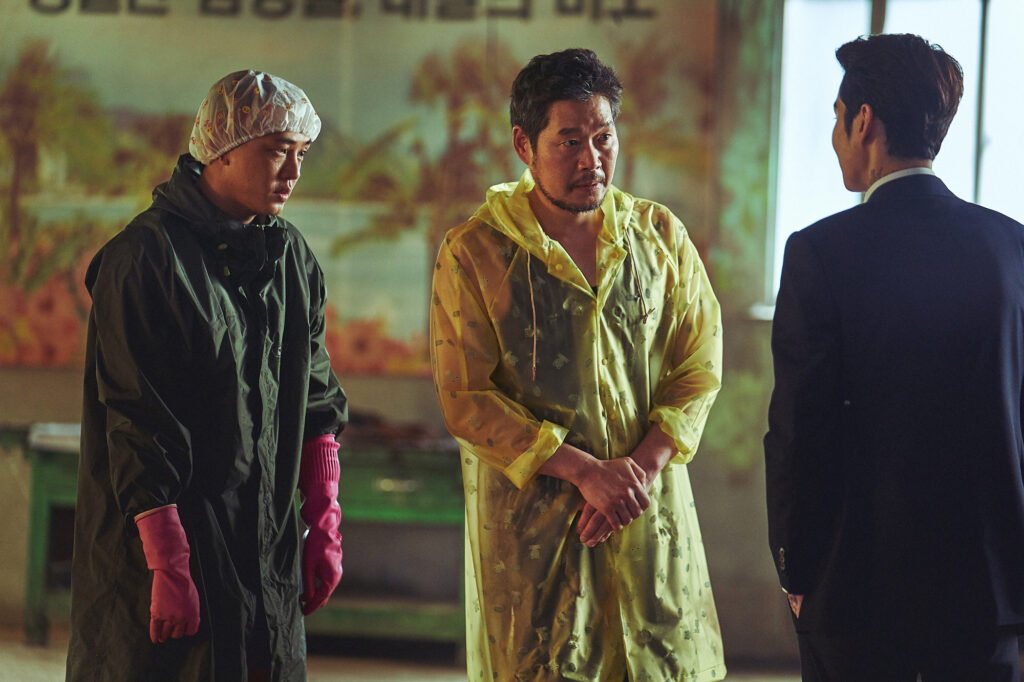 And finally, the movie ends on a really really weird cliff hanger with so many things left unanswered. So, what happened to You Jae-Myeong? The police? The younger sister? Even Yoo Ah-In? I just thought it ended too abruptly and could’ve used a little more explanation, or even an end-of-credits extra scene. I guess in a way they wanted the audience to fill in those gaps on their own, but I felt that the gap was just left open too widely.

<Voice of Silence> was a very strange movie, but in a good way. It’s a slow burn, but keeps your interest throughout, and the acting performances of the cast members were outstanding. If you enjoy crime movies, I definitely recommend watching. However, be aware that it’s not like your typical crime movies, as it’s on the slower side and doesn’t have a lot of thriller or mystery elements.