Hello everyone, and welcome back to another Korean movie review by EonTalk. Today’s movie review will be on the new crime-comedy, <Pipeline>.

<Pipeline> was directed by Yoo Ha, the director who famously directed <Once Upon a Time in High School>, <A Dirty Carnival>, and <Gangnam Blues>, to name a few, and all very good films. Because of his previous works, I had a pretty high expectation going into <Pipeline>. He was one of the pioneers that really made the “gangster” genre of Korean cinema what it is today. The film starred Seo In-Guk, Lee Soo-Hyuk, Eum Moon-Suk, Yoo Seung-Mok, Tae Hang-Ho, Bae Yoo-Ram, and Bae Da-Bin, and because of the cast, my anticipation grew even further. However, the movie shied away from Yoo Ha’s previous well-known genre, and was more of a comedic crime film. Could he do what he did to the gangster-crime genre to this more of a comedic-crime genre? Let’s first take a look at the detailed synopsis before I share my thoughts on the film.

The synopsis is as follows:
‘Pindori’ is a genius driller that’s a legend when it comes to oil theft. One day, he receives an offer from a conglomerate successor, ‘Gun-Woo,’ to partake in a grand-scale oil heist. Thus, he teams up with the master welder, ‘New Bird,’ the man who has the underground blueprint embedded in his head, ‘Chief Na,’ the human-excavator, ‘Big Shovel,’ and the watch-woman, ‘Counter,’ to rob millions of dollars worth of oil. However, everyone has different plans and objectives, and once these start revealing, things take a turn for the worst. The members all dream to turn their lives around, but will they be able to succeed in the biggest heist of their lives?

The movie starts off light and humorous, and has continuous funny scenes throughout its duration. I enjoyed that it kept a light mood, albeit it being different from the director’s typical style, and it had those chuckle moments sprinkled in that brought a smile to my face. There aren’t much “laugh-out-loud” funny scenes, and some of the jokes were a little childish, which I’ll get to later, but overall, I enjoyed the lightness the movie had.

The first 15 minutes or so of the film is like a recap of the trailers. Not everyone watches all of the trailers before going into the film, and so it was a good way to catch the audience up with what the general premise of the movie is about. That being said, I will say that I thought the story was pretty predictable, and nothing out of the ordinary. However, it had a couple twists that I didn’t see coming and caught me off guard. No, they weren’t necessarily the best twists, but they were good for a light movie. 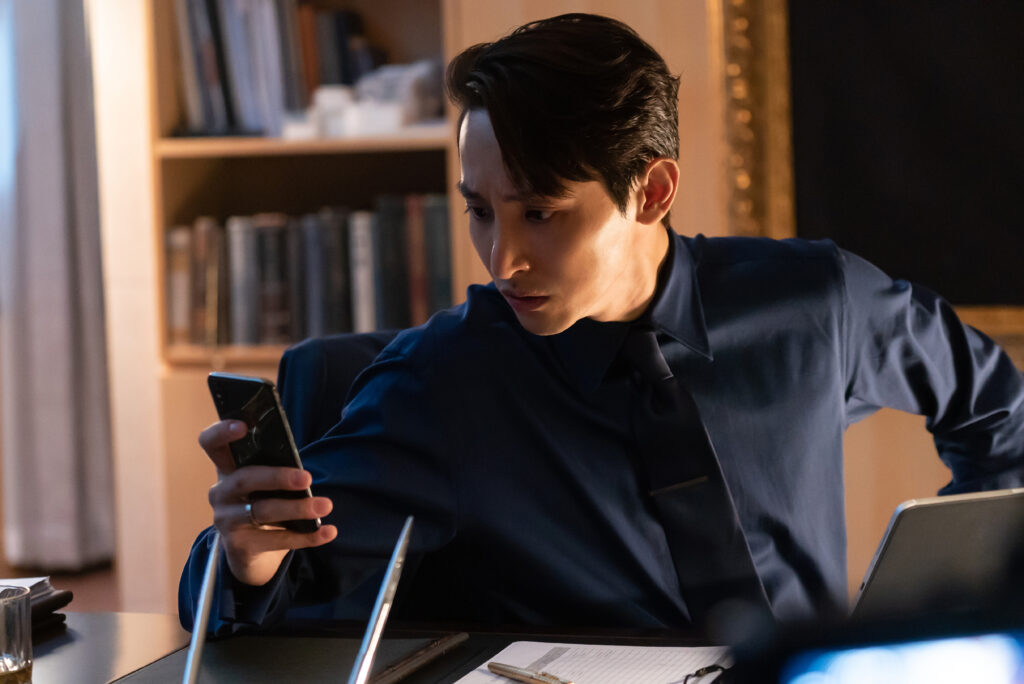 Furthermore, I thought that the acting performances given by the actors were good. You really start despising the villains, and empathizing with the protagonists. I especially enjoyed the performances given by Seo In-Guk and Lee Soo-Hyuk. I don’t know, Seo In-Guk is just full of that humane, admirable appeal, and so he’s able to really get the audience to connect with the characters he portrays. I especially loved him in the K-drama, “Reply 1997.” As for Lee Soo-Hyuk, you really start hating the character portrayed by him. And that goes to show that his acting was chillingly good. Seo In-Guk and Lee Soo-Hyuk are actually also starring in a K-drama together that’s being broadcasted at the time of recording, titled “Doom at Your Service,” and thus, as you can expect, great chemistry between the two actors.

Moreover, the film had some interesting transitions. I’m not sure if it was enough to give it its own “style,” or if I can say that it’s actually good, but it was noteworthy and wasn’t necessarily bad. Interesting, nonetheless.

There was another movie with a similar premise that released last year, called <Collectors>. This was kind of like a mixture of <Collectors> and <The Thieves>. While I personally enjoyed <Pipeline> more than I did <Collectors>, it wasn’t up there on the same level as <The Thieves>. 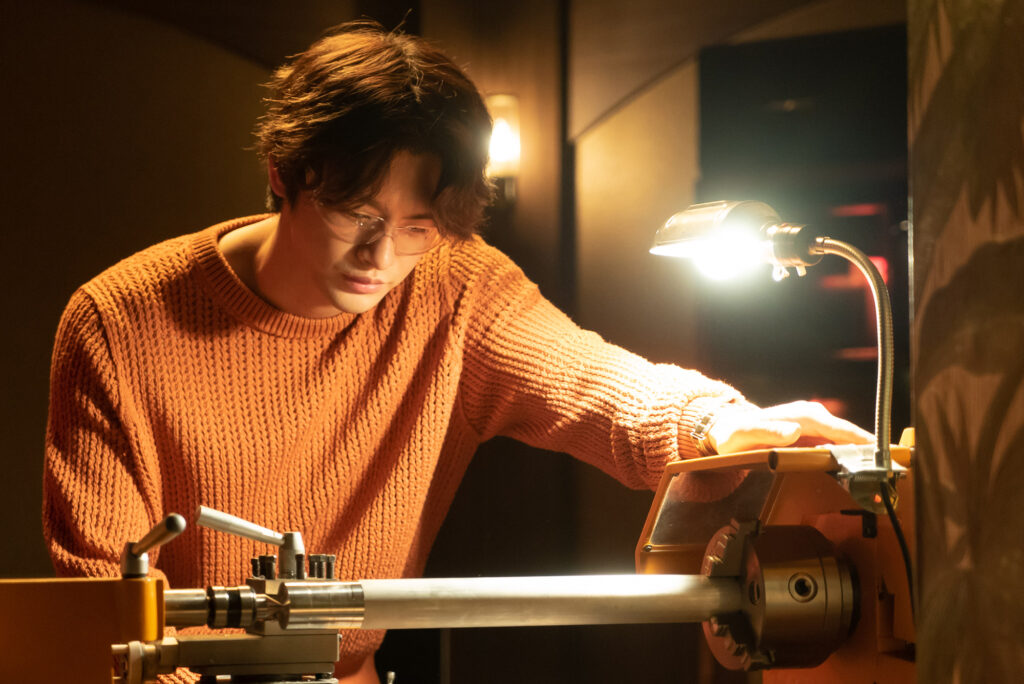 As mentioned, there are frequent humorous scenes throughout the film. However, as I also mentioned before, some of the humor it had was childish and cringe. I will say that there are some good, light jokes in there, but some of the cringe moments it had really killed the mood for me. Especially with the ‘New Bird’ character played by Eum Moon-Suk, I found to be very juvenile. Not saying that was Eum Moon-Suk’s fault or that he didn’t give a good performance, but just the character he had to play wasn’t something I enjoyed.

And the biggest negative of <Pipeline> was that there were too many parts that didn’t make sense. There were obvious logical fallacies that really stood out. How did the cops know that the cement/dirt is from the hotel by just looking at it? Big Shovel was shot in the arm, but was perfectly fine and able to work? How can someone survive so many explosions and burns? Impossible. 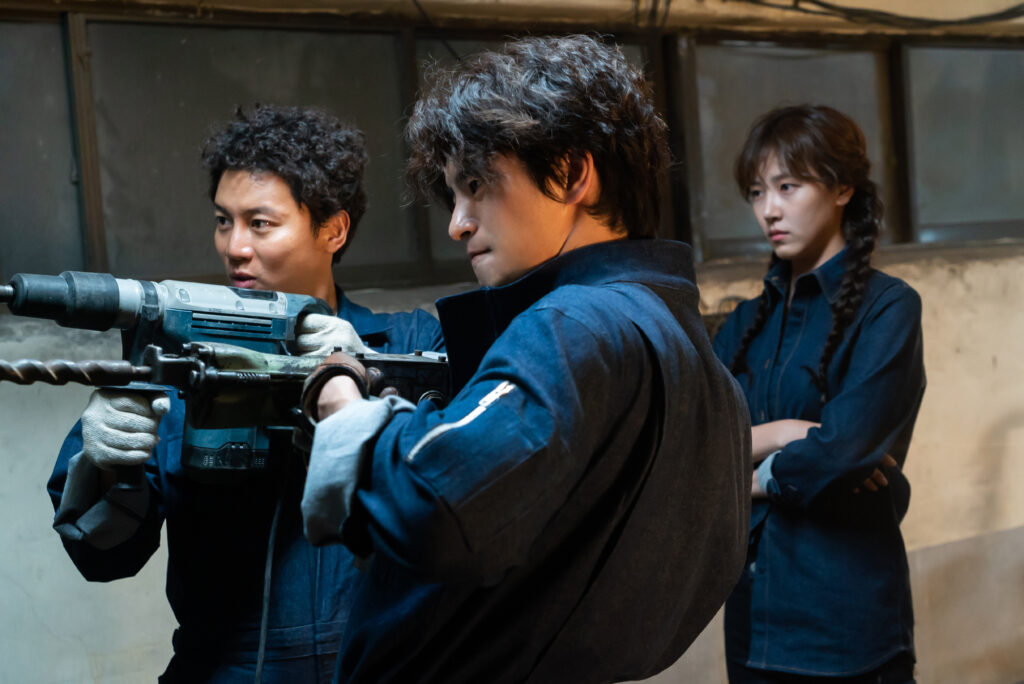 All in all, <Pipeline> was a good light film that was a different and new challenge for director Yoo Ha. Although it wasn’t up there with some of his other great works, I’d say it’s worth watching if you’re in for a light comedic crime movie. Personally, the high expectations I had led to the general disappointments I had with the film. That being said, if you’re a fan of Seo In-Guk, Lee Soo-Hyuk, or any of the other cast members, and enjoyed films such as < Collectors> and <The Thieves>, I’d say this is worth the watch.