Hello everyone, and welcome back to another Korean movie review. Today’s movie review will be on the new thriller out of Korean cinema, <Midnight>.

Directed by Kwon Oh-Seung, who’s having his feature film directorial debut with this, <Midnight> featured a cast lineup of Jin Ki-Joo, Wi Ha-Joon, Park Hoon, Gil Hae-Yeon, and Kim Hye-Yoon. No, not the most A-list actors and actresses, but amazing nonetheless; I’ll explain more later.

<Midnight> is a genre that Korean cinema is extremely good at: Thrillers. I’ve been craving a good thriller out of Korea, and it’s safe to say that this one delivered. Similar to that of another relatively recent film, <Seobok>, <Midnight> had a simultaneous release in theaters as well as the Korean streaming service TVing. We’re seeing a lot more Korean movies having these simultaneous in-theater and streaming service releases, and I personally think this is a great way for the global audience to enjoy new Korean movies as they are released; granted, they’ll have to be released on international platforms, such as Netflix. 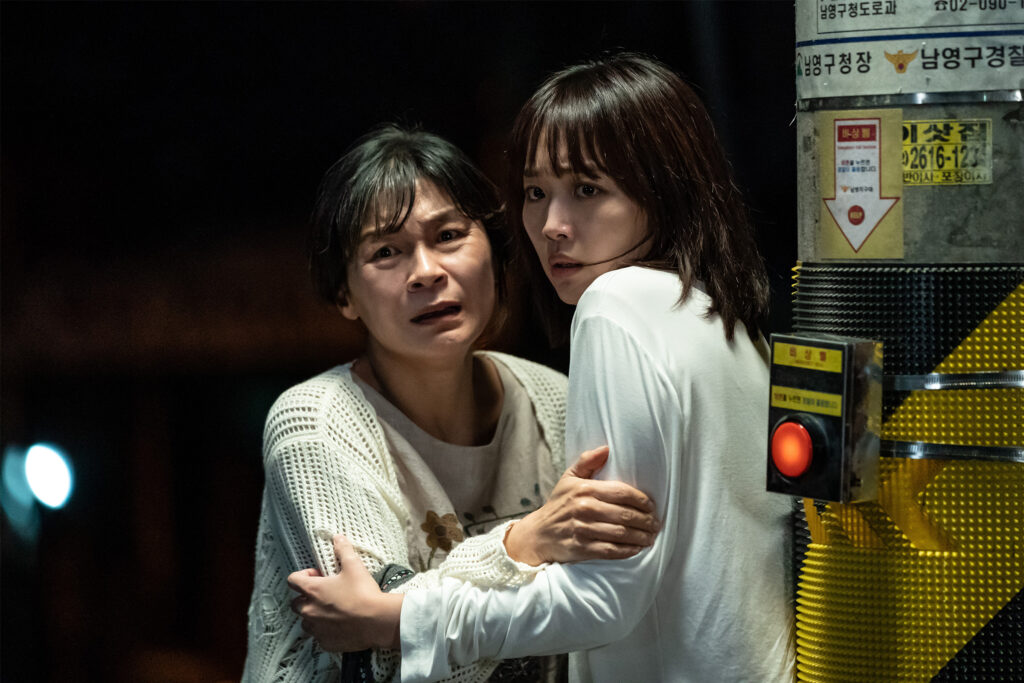 Let’s take a look at the detailed synopsis of <Midnight> before getting into the good parts about the movie.

The synopsis is as follows:
On her way back home, the hearing impaired Kyung-Mi witnesses So-Jung on the street, bleeding. She tries to help her, but ends up becoming the new target of the serial killer, Do-Shik. In order to survive, Kyung-Mi frantically runs away, but because she can’t hear even the mere sounds of the killer’s footsteps, it makes it even harder to escape from the murderer. To make matters even worse, the culprit returns baring a new face, threatening her and her surroundings. Will she be able to escape the horror of Do-Shik, and win in this unstoppable thriller chase?

The movie doesn’t waste any time and gets very suspenseful from the get-go. From the first 5 minutes, it’s very thrilling, and as mentioned, the film released in theaters and on a Korean streaming service simultaneously. However, I must say, this type of thriller is so, so much better in-theaters. There are movies like <Sweet and Sour> that released on Netflix that I think are good watching at home and on the small screen. And then there are movies like this that’s 10 times better on the big screen with the booming audio.

Also as mentioned, there aren’t A-list actors in this, but don’t let that take anything away from the performances. The acting in this was phenomenal. Wi Ha-Joon’s psychopathic acting was chillingly good, and he really seemed like a psycho in the antagonist role. This was my first time seeing him act, but I can’t say enough good things about him. He kind of reminded me of Park Seo-Joon and Kim Young-Kwang, like a mixture of them, but of course with his own charms as well. He’s definitely an actor I’ll be looking out for in the future. 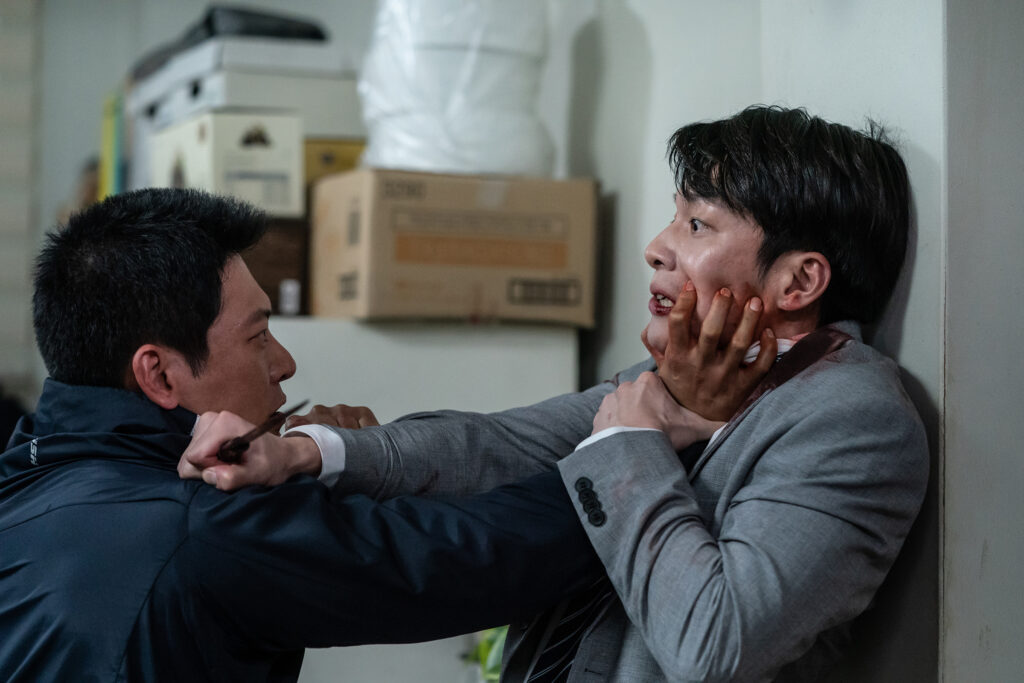 Furthermore, Jin Ki-Joo was also exceptional in this as well. She was in the film <Little Forest> before, but didn’t really shine as brightly in that, in my opinion. However, in this, she absolutely killed it. There was nothing to complain about her portrayal of the hearing impaired protagonist, and it’s her and Wi Ha-Joon’s acting that made the film go from a good one, to a great one.

Moreover, the film did a really good job at portraying the difficulties of hearing impaired people. For example, the portrayal of real life situations like how having a meal with other colleagues is so much more difficult and different, and not being able to hear what others are saying of you can be so hurtful.

These real-life examples were good, but what made the film great on another level is its use of auditory elements to enhance these portrayals. Even from the trailers you can get a slight feel of this, as the use of audio was so good. The movie goes silent often to get the audience to understand the hardships of hearing impaired people, which made the situations so real. Sometimes, you don’t need thrilling music or sound effects; silence is the scariest, as shown here. But when the BGM was there, it added to the effect and made it even better, not taking away from the overall flow of the film. And that combined with the camerawork it had, the movie was one of the best thrillers I’ve seen recently. 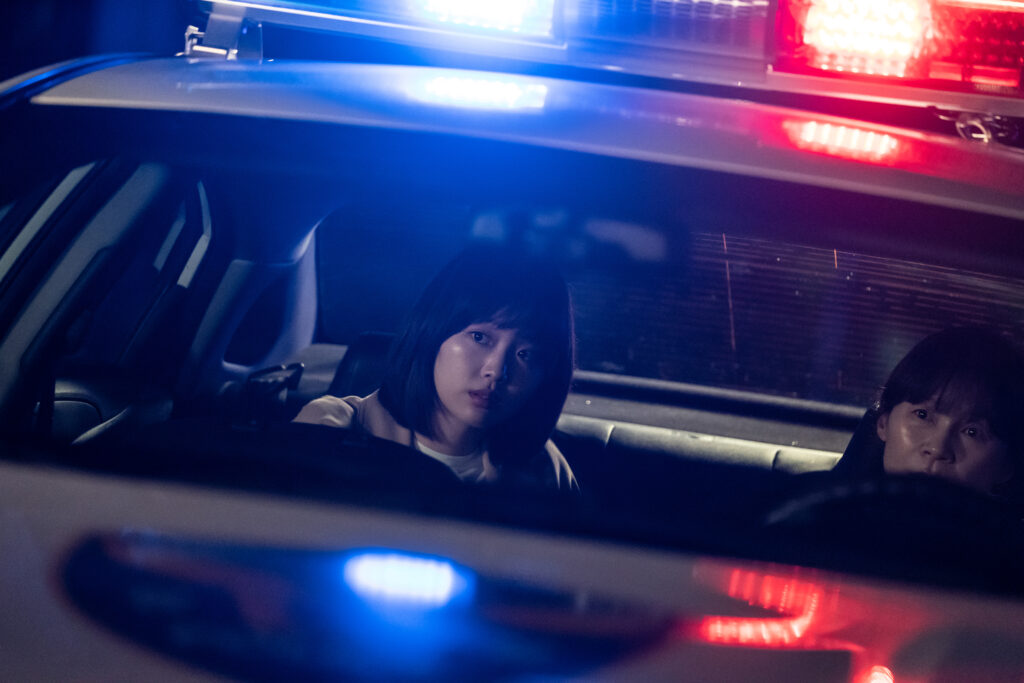 The movie was full of suspense and thrill, but it also had light and humorous scenes in the beginning to keep it from being too serious, and giving it character. I especially appreciated this, as this was when the character development took place, and you really understand the personalities and traits of the characters.

It goes without saying, because a lot of the movie is silent, there are lots of jump scares, which I hate. I understand some jump-scares are necessary for this genre, but I felt like it went overboard. I know that may sound contrary with some of the good things I said before with its auditory elements, but it’s just the balance that I wasn’t quite satisfied with, so don’t let that take away from how good it was in that sense.

Also, one of the biggest things that thriller and crime movies need to get down are logic and continuity. This wasn’t a major flaw in <Midnight>, but there were a few that stood out. For example, letting the suspect go without even checking the CCTV at the police station. It’s scenes like this and some others that makes normal civilians seem so dumb and gullible. It lacks in the realistic realm in this way. 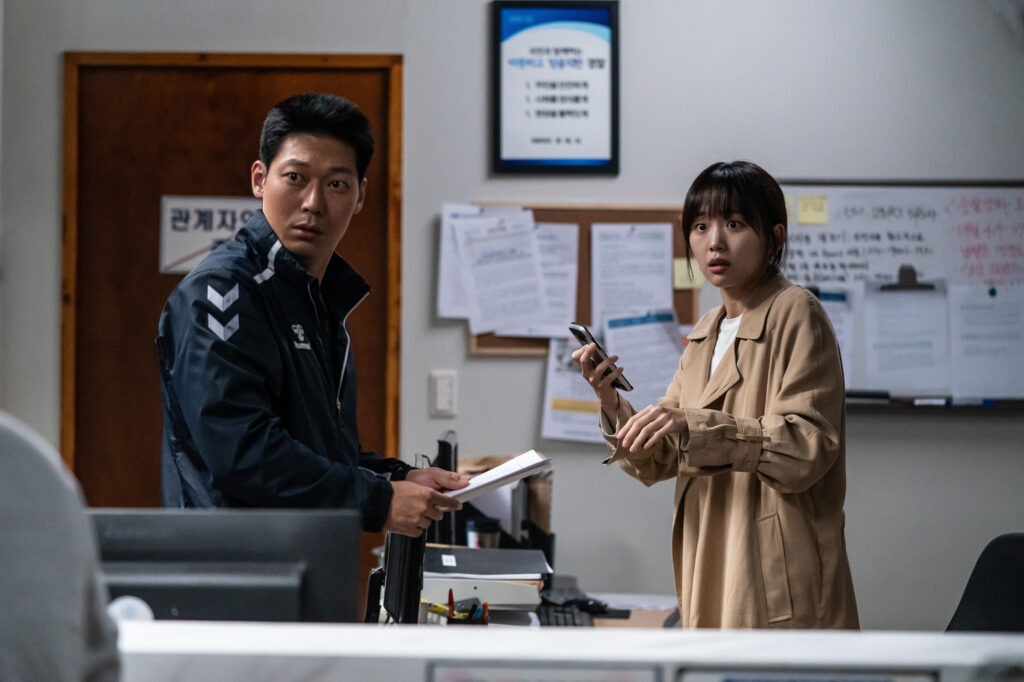 And lastly, the ending was pretty unoriginal and predictable, and there were slight moments of forced emotional scenes out of nowhere.

All in all, <Midnight> was one of the best thriller/chaser movies I’ve seen recently. The acting was phenomenal by everyone, especially Jin Ki-Joo and Wi Ha-Joon, and the cinematography and auditory elements of the film was incredible. If you are a fan of Korean thrillers, this is one that you need to check out.