Hello everyone, and welcome back to another movie review by EonTalk. In this post I’ll be reviewing the crime/thriller, <Beasts Clawing at Straws>.


<Beasts Clawing at Straws> had a stunning cast of Jeon Do-Yeon, Jung Woo-Sung, Bae Sung-Woo, Youn Yuh-Jun, Jung Man-Shik, Jin Kyung, Shin Hyun-Bin and Jung Ga-Ram (definitely one of the biggest lineups in 2020). The movie was directed by Kim Yong-Hoon, and I believe this is his feature film debut as I couldn’t find any others directed by him. <Beasts Clawing at Straws> is categorized as a crime/thriller, but I believe it’d be more appropriate to label it as a comedy, as it had much more comedic elements than suspense. I’ll get into this later.

The film was similar to the 2017 film <Real> in that it was divided into “Chapters.” Not saying this movie was similar to <Real> on other terms, though, as <Real> was a pretty horrible movie… Anyways, let’s first take a look at the synopsis of <Beasts Clawing at Straws>. 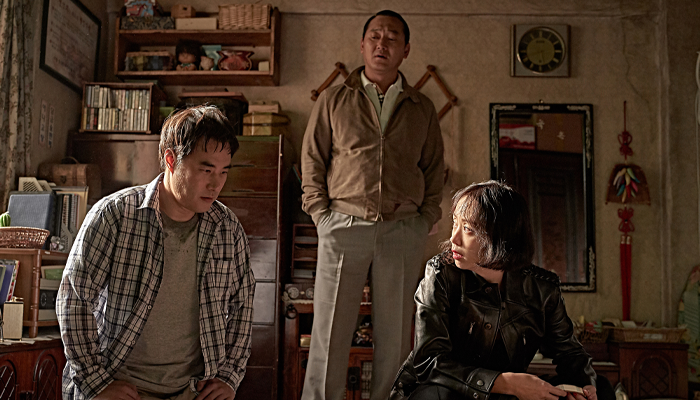 It all started with a single bag of money. After his girlfriend leaves him, Tae-Young suffers from a major private-loan debt that he needs to pay back. Jong-Man, the head of the household, takes on a part-time job to provide for his family. Yeon-Hee wants to erase the past and start a new life. And Mi-Ran, the wife of an abusive husband and suffering from many life problems.To these 4 individuals, living in rock bottom, an opportunity presents itself, in the form of a bag full of cash. In order to obtain and maintain the bag, numerous unforeseen incidents begin.

The biggest Good part about the movie was its ability to make you constantly speculate. While watching the film, I found myself continuously thinking “What if I was in that position?” “What would I do?” and it also keeps you wondering where the story is going. As mentioned in the synopsis, there are 4 different sides to the story, and you find yourself asking how it’ll all connect.

Going a little deeper into the story, I’ll give a little more details without giving too much, in order to refrain from giving spoilers. Basically, there are 4 sides:
Side A is a person that finds the bag of money. This person lives a very hard life, having to take care of his mother with Alzheimer’s, while also balancing his work.
Side B is an individual that has a huge debt that he needs to pay back. The people this individual borrowed the money from continuously come and threaten in order to get their money back.
Side C is a person that lives in a very abusive house; so much so that the person tries to get the spouse killed.
And finally, Side D is a boss that gets a huge sum of money, and does whatever necessary to hold it. 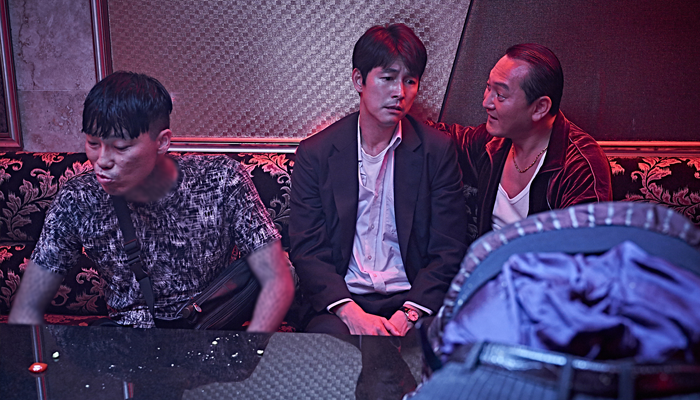 The movie shows and gives background stories of these 4 sides, and gets the audience to understand and empathize with each of these characters. As this continues, you start to wonder how these characters and their stories will connect, which is where the enjoyability of the movie is rooted.

Furthermore, another positive of the movie is that it had an amazing cast. The main cast lineup was full of A-list actors, and what do you get with a lineup of A-list actors? Class A acting! There isn’t much negatives to say about the acting performances, as they really show why they are in the positions they are in, in terms of acting. 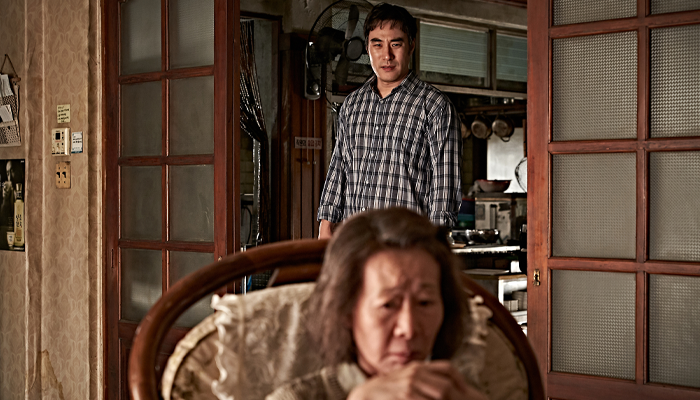 Lastly, the movie was full of funny scenes. With its frequent humor, especially from the combo of Jung Woo-Sung and Park Ji-Hwan, the film keeps your attention with the comedy it has. The chemistry between those two actors was great.

Moving along to the bad parts about <Beasts Clawing at Straws>, the biggest negative of the film was that it lacks identity. Let me explain. 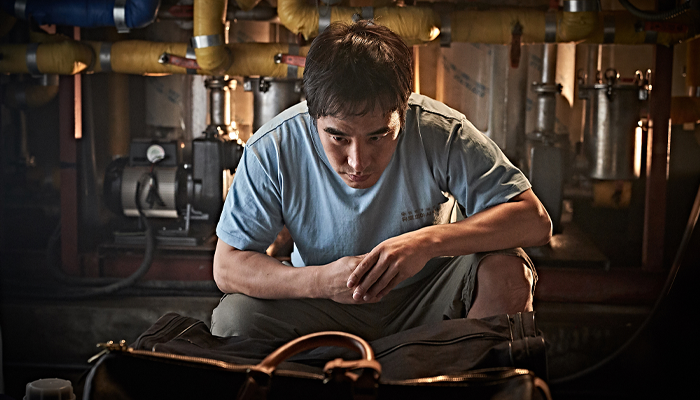 The movie has absolutely no thrill or suspense up until Chapter 4. Until then, it’s all comedy. However, this doesn’t mean the movie turns into a full-out thriller after Chapter 4 either. After chapter 4, the suspense definitely does pick up, but it isn’t anything that’ll keep your heart racing. It gets really confusing and has lots of “WTF moments,” and the story eventually starts falling apart. The way the 4 sides of the characters/stories connect is interesting, but it feels way too forced. Maybe because you constantly think about how the story will unfold throughout the movie and have a design of the connection in your head formed already, when the connection is shown, I found it to not be fully satisfying.

Also, I couldn’t stop but to feel like I’ve seen the movie before. Of course, I hadn’t, but it just felt like I knew the story and have seen it somewhere before. The movie wasn’t really predictable, per se, but it doesn’t really go beyond your expectations. 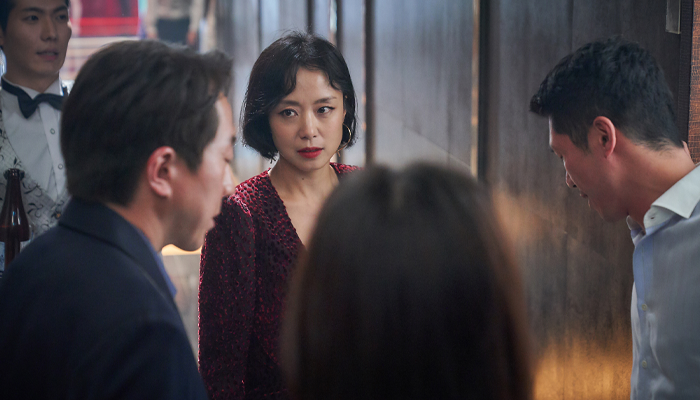 The trailers of <Beasts Clawing at Straws> were sort of misleading, as the trailers made it seem like it was more of a thriller, but it’s more of a comedy than a thriller. After watching, you think “what was the point of that movie?” I guess the point was that everything is connected and what goes around comes around? Either way, although the movie was a pretty entertaining ride, it loses its identity and the story isn’t anything out of this world. I’d recommend going into this without much expectation, which is hard to do considering the cast, but if you don’t have high standards for the film, I think you’ll have an enjoyable time.