“I’ll be back before the sun rises…”

<The Great Battle> was the third and last historical drama that I watched during the month of September 2018. Other than this, there were two others: <Monstrum> and <Feng Shui>. Amongst the three, <The Great Battle> was my favorite, as it had incredible action/battle sequences, suprisingly good CGI, a great storyline, and a good linup of marvelous actors. 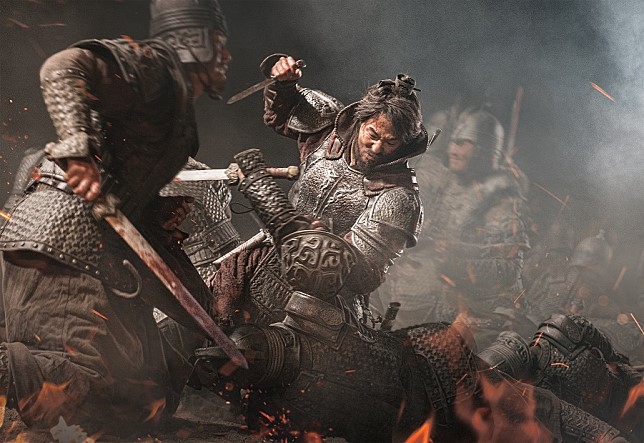 Based on a real legendary battle that took place in the ancient East Asian city of “Ansisung,” <The Great Battle> takes place during the Goguryeo era, in 645 AD. I won’t go too in depth into the history of the event, since this isn’t a history channel, but just to give a brief background, the Korean peninsula during this time was divided into three parts: Goguryeo, Silla, and Baekje; and the Tang dynasty of China was raiding its surrounding neighbors to expand their territory. Goguryeo was to their east, and a critical place they needed to invade and conquer. I’ll leave the historical lesson there, and if you watch the film, you can get a deeper understanding of the events that took place.

<The Great Battle> was not only a great action/war film, but it depicts an important time in the Korean history. One can learn a great sum of what shaped the nation of Korea. The film was directed by Kim Kwang-Sik, and features the likes of Jo In-Sung, Nam Joo-Hyuk, Park Sung-Woong, Bae Sung-Woo, Um Tae-Goo, and Seolhyun of AOA.

With the aim of conquering and expanding his kingdom, Emperor Taizong of the Tang Dynasty gathers thousands of soldiers to invade the Goguryeo frontier city of “Ansisung.” With over 200,000 warriors under Taizong’s control, the army of Ansisung must fight off the raiders with just 5,000 fighters. Although the Lord of Ansisung, Yang Man Chun, had to fight an army that’s 40 times larger than his, he bravely determines that it’s worth the fight.

Adding onto the visual effects, they apparently had over 6,000 extras for the film; so, it’s hard to tell how much of it was CGI and how much of it was actual filming that took place. Either way, it felt very “real.” Also, the cinematography changes quite a bit, mainly during the battle sequences. It felt like scenes from a really well-produced video game gameplay, with its slow motions and effects. Albeit, there were a couple over-the-top CGI scenes. 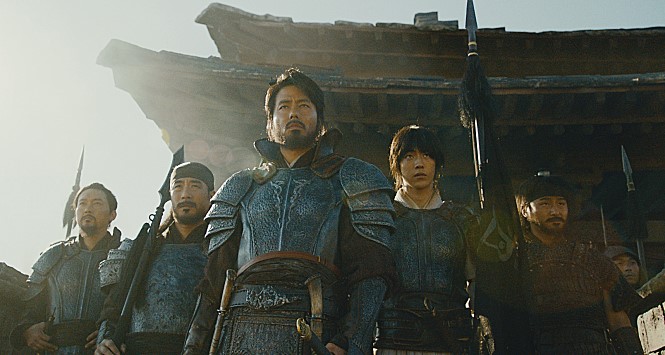 The film contained tremendous amount of action. Some may even say it had too much. However, for me personally, it had me entertained throughout its entirety. Even during the non-fighting scenes, there was a sense of tense-mood in the film. The thrill it provides isn’t the same as Korean thrillers, but the rush of adrenaline you feel from the action is quite intense.

The acting of the cast was overall decent. I’ll get to some of the disappointing parts later, but the performances by the actors wasn’t anything to bash on. It wasn’t their best acting, but not their worst either. A lot of people are comparing the acting of Seolhyun to that of Hyeri in <Monstrum>, as both are historical drama films that came out a week apart from each other, and both actresses got their fame by not acting, but through being a girl-group, idol singer. Of the two, I must say that Seolhyun was the clear winner. I mentioned in the <Monstrum> review that Hyeri’s acting wasn’t that bad, but was cringe at times.  With Seolhyun, I think she fit the role of lady-warrior much better than Hyeri did. 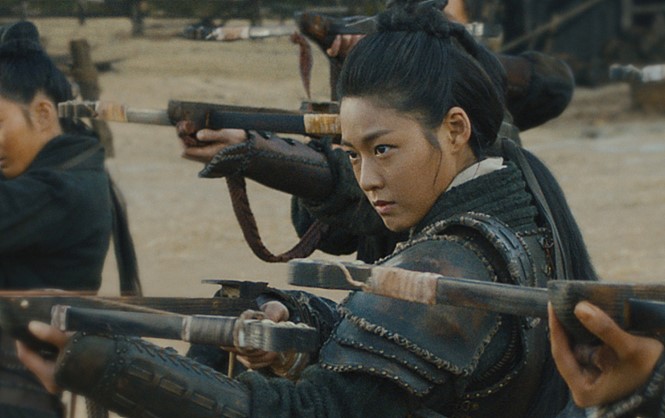 While watching the film, I couldn’t help by think the casting could’ve been done better. It was questionable if Jo In-Sung was the right choice for the “Lord of Ansisung” role. Not saying he’s not a good actor, but the image and energy he radiates didn’t really seem appropriate to the role. His voice is relatively high-toned, and, in my opinion, didn’t really fit the character.

I’ve heard other people mention that the Chinese used in the movie wasn’t good. As for me, I thought that it was a little off, especially for Park Sung-Woong, but that’s understandable, as he’s full Korean. But then again, I always mention that when English is used in Korean films, it’s almost always horrible. In this sense, I suppose they could’ve tried harder to enhance the Chinese used. However, since I speak basically zero Chinese, I really can’t be a judge of whether it really was good or bad. If you see the film and are fluent in Chinese, please let me know what you thought in the comments. 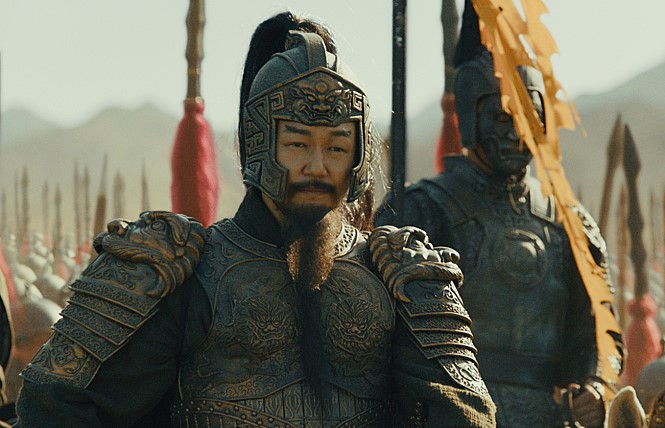 This isn’t necessarily a negative, but the movie was very gory. It could be compared to the likes of <300> and <The Lord of the Rings> trilogy; not something to watch with kids. It’s rated 12+, which translates to about PG 13 in the US, which I don’t understand how they got that rating. There isn’t any sexual content, drug use, or pervasive language, but as mentioned, the level of gore is quite high in this. But then again <The Lord of the Rings> was also PG 13, so it makes sense in a way. If you are of a mature age and like bloody scenes, then it’s a good film to watch. But definitely not a family-friendly movie.

Expanding on the above, I can’t say that everyone would enjoy this film. One should have some interest in the history of Korea, or East Asia in general, and be fond of war movies. I expect the audience of <The Great Battle> to be divided amongst those criteria, and since the film came out during the “Chuseok” week (Korean Thanksgiving), the people who watched most likely had those interests. A good targeted timing, indeed. 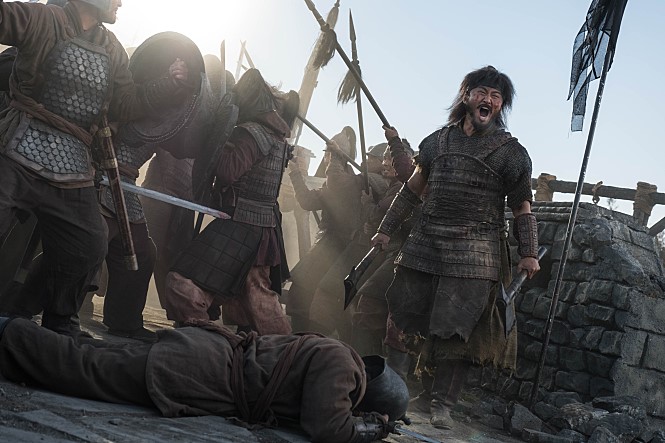 If you enjoy war-films and learning about Korean history, then I highly recommend this film. Also, it isn’t like typical historical dramas that come out of Korea, which are mostly based in the Joseon era. <The Great Battle> takes place in the Goguryeo times, which isn’t very common to see in films. Although it does have some higher level of gore and violence, as long as you don’t watch it with young children, I think you’d enjoy it, especially if you liked movies as the likes of <The Lord of the Rings> trilogy or <300>.