Hello everyone, and welcome back to another written review by EonTalk. This time around, I’ve got the movie review of the sequel to one of the better action movies out of Korean cinema, <Steel Rain 2: Summit>.

This film isn’t really a sequel to <Steel Rain>. I say this because if you’ve seen the trailer, you would know, but the story doesn’t continue from the first. In fact, it’s completely opposite. Whereas Jung Woo-Sung played the North Korean and Kwak Do-Won played the South Korean in the first film, they switched it up with this movie, with Jung Woo-Sung playing the president of South Korea, and Kwak Do-Won playing a supreme guard commander. I believe they did this because the movies are based on a webtoon, and the first film was based on the first two “Steel Rain” webtoons, and this one was based on the third? Don’t quote me on that, but I think that’s why there was a switched position. I really don’t get why they decided to title the film “Steel Rain 2,” though. I think it would’ve been better if they didn’t use the numerics, and just went with “Steel Rain: Summit.” 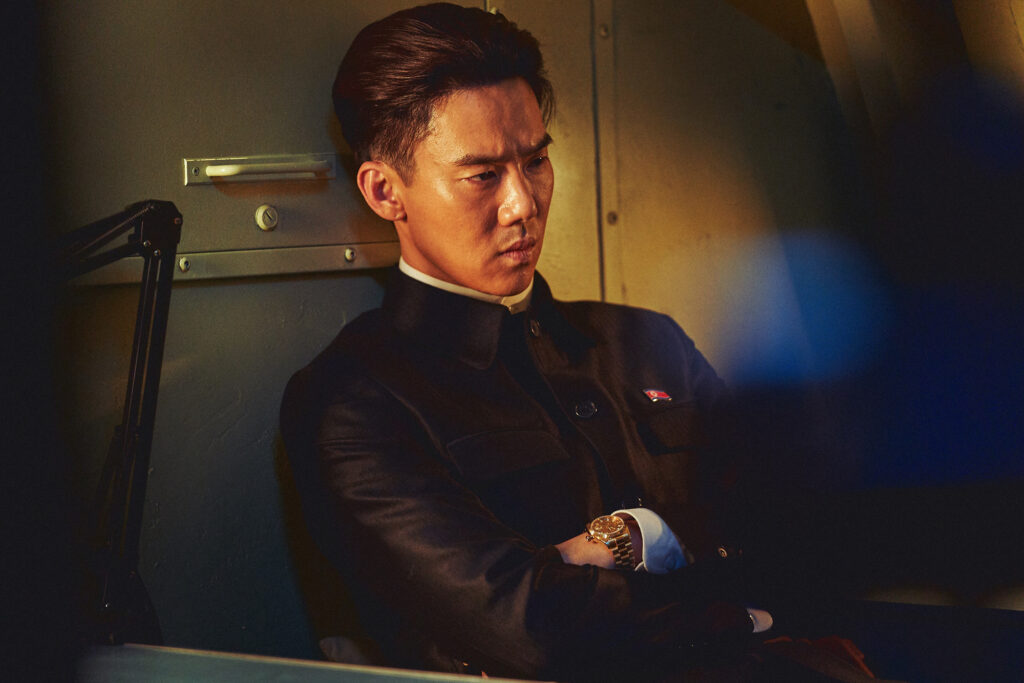 Anyways, Yoo Yeon-Seok played the chairman of North Korea, and Angus Macfadyen played the president of the United States. There were also supporting cast members of Shin Jung-Geun, Ryu Soo-Young, Yum Jung-Ah, Kim Yong-Lim, and more. Let’s take a look at the synopsis to get a better grasp about the story.

In order to have peace treaty talks between the US, South Korea, and North Korea, a summit is planned to be held in Wonsan, North Korea with the South Korean president, the North’s supreme leader, and the U.S. president. With ongoing differences between the US and North Korea and inability to come to a mutual agreement, a coup breaks out, led by the head of the supreme guard commander of North Korea, who seeks to protest the abandonment of nuclear weapons and the establishment of a peace regime. The three leaders of the three countries are taken and held hostage inside a North Korean nuclear submarine. While captured inside the captain’s room of the submarine, the three leaders start to talk, and an unexpected summit begins. Will the leaders of the two Koreas and the U.S. be able to prevent a war crisis? The fate of Northeast Asia plays out inside a nuclear submarine!

<Steel Rain 2: Summit> starts off light and humorous. As the director of the film, Yang Woo-Seok, stated, he wanted to show the “human” side of the president. And from the start, we get to see this. While watching, you get to see that the president is also a human, and relate to him on a personal level. He drinks soju and beer like the average person, and makes jokes with his family and colleagues. In this sense, <Steel Rain 2: Summit> is a “real” movie. Also, it’s real In terms of the potential possibility of a coup, terror, or something of a similar kind breaking out, especially with the political tensions rising between the US, China, and the two Koreas.

Furthermore, another element that felt very real was the inside of the submarine. Majority of the movie takes place inside a North Korean submarine, and they made it really feel like the characters were inside a submarine. Just to clarify, the set wasn’t a real submarine, and they built it from the ground up. If you’ve seen the behind the scenes trailer, you can see that they spent lots of time, effort, and money to make the set, and it shows. Also, the submarine battle scenes get really suspenseful and the effects were pretty good and believable. 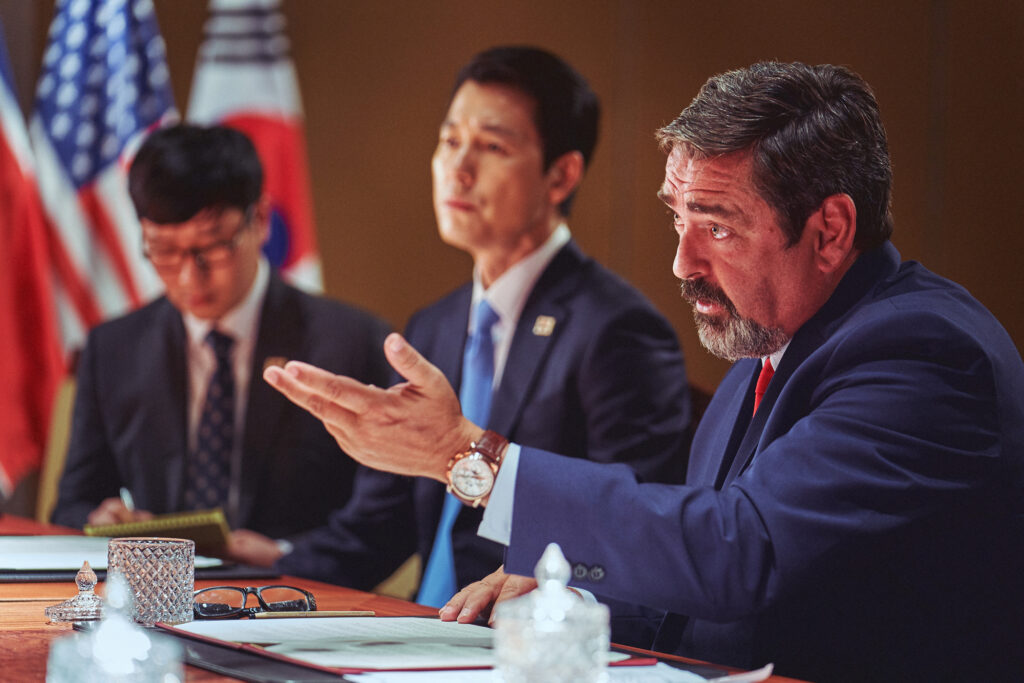 Also, I liked that the movie had a message. It was as if the movie was directly talking to the Korean citizens, the government, and leaders of the world. Especially with the last scene, we could see this. The movie also had a line that was a hopeful message that left a pretty good impact. I can’t remember the exact quote, but it went something along the line of this: “What makes America great are the things it made and created, not its power.” This was said to the US president, and it felt like it was being said directly to the real US president, with all the turbulence going on with the US nowadays.

The biggest negative about <Steel Rain 2: Summit> was that it was very, very nationalistic, in terms of Korea. I’d think that in the position of US, Japan, or China, that it can be offensive. There were moments where it seemed like they were looking down on the other side, especially with the US. You can tell they had Trump in mind for the US president character of the movie, as the president character tweets. And I think it’d be safe to assume that a leader of a country tweeting would be referenced to Donald Trump. 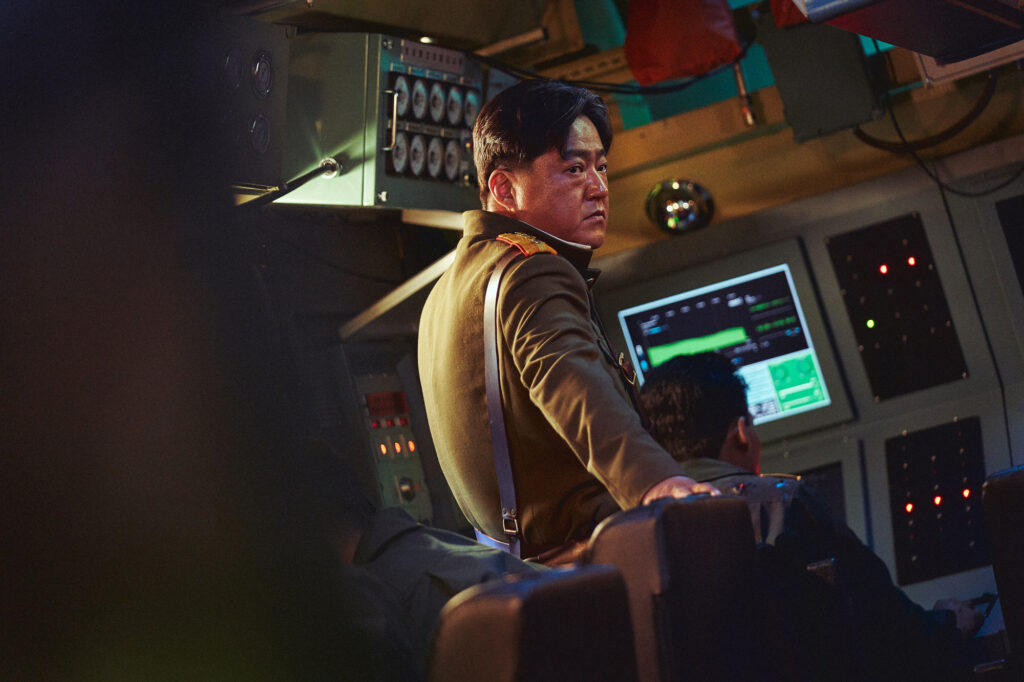 Moreover, you can tell Angus Macfadyen took lots of inspiration and modeled his performance based on Trump. Was the performance good? Ehh.. I can’t say it was memorable. I’m unsure how he was in other works, but in this, his performance wasn’t very good. I thought he overdid some parts, and felt very… unnatural. The US president of the movie made the US president into a really, really ignorant clown. But then again, the scary thing is, this is somewhat true, but I won’t get political.

Moving along, there were many parts that didn’t make sense. For example, Kim Jong-Un translating for the US president? I mean, he did study abroad in Switzerland I believe? So there is some real elements of him being able to speak English, but come on… Him translating for the US and South Korean president? Also, Kim Jong-Un apologizing to the US president? I don’t think so. And, this isn’t a bad thing, but just something interesting that I found was that they subtitled the North Korean into Korean too. 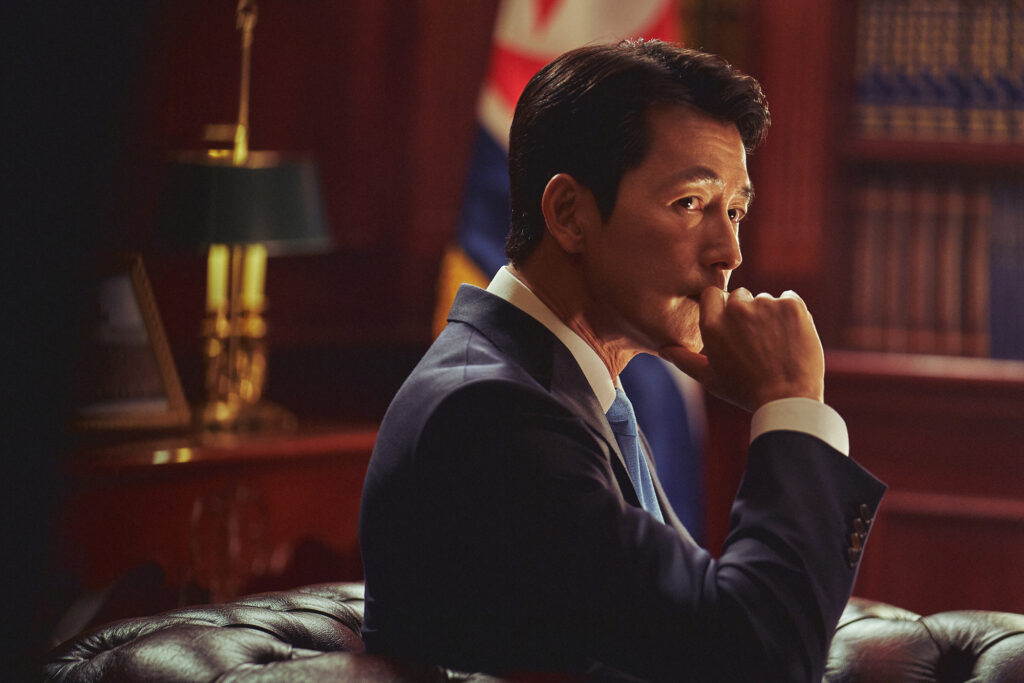 The final thing I want to say about the bad parts about <Steel Rain 2: Summit> is that the ending is pretty predictable. It gets a little cringe near the end, but it’s not unwatchable.