Hello everyone, and welcome back to another movie review by EonTalk. Today’s written movie review will be on the new melodrama out of Korean cinema <Josée>.


<Josée> was directed by Kim Jong-Kwan, who’s other works includes a short that was a part of <Persona> on Netflix. The film was a remake of the Japanese original, titled <Josee, The Tiger And The Fish>. I saw the Japanese version right after watching the Korean version, as it was available on the Korean Netflix, and the two were almost two different films with very different tones. I’ll get into this more later.

<Josée> starred the leads Han Ji-Min and Nam Joo-Hyuk, and as mentioned, is a romance melodrama that revolves around a young male who meets a disabled woman, and the process of the two falling for each other. Before getting into the review, let’s go over the detailed synopsis of the movie.

Josée, a disabled lady in a wheelchair, lives in a countryside home with her grandmother, spending her days reading and imagining herself in the shoes of the characters. One day, she and Young-Seok meet by chance, and Young-Seok starts to have feelings for Josée. Slowly but surely, he begins to approach Josée. However for Josée, who hasn’t ever been in love, her heart is too naive, and so she pushes Young-Seok away the more he gets closer. As the boy takes one step closer to the girl, the girl takes two steps back. Will the two be able to blossom their relationship into something special?

Right off the bat, I must mention the cinematography of the film. <Josée> was beautifully shot, and the photography was amazing. It was as if I was watching an artwork, and it literally is a work of art. You can tell each shot was taken into consideration, as the camera angles and movements were amazing.

Also, this can go both ways in terms of being good and bad, but the movie was a very “real” film. To lay out the good things about it being real, it depicted everyday things in a very special way. This goes hand-in-hand with it being beautifully shot, as it portrays everyday items in a very meaningful way.

Furthermore, I enjoyed that there were a few mysterious elements of the film. For example, the character of Nam Joo-Hyuk, Young-Seok. Who exactly is he? Is he a playboy that sleeps around with girls? What’s his relationship with the professor exactly? Does he not have a home, or if he does, why was it never shown? There were a lot of questionable things about him that went unanswered, which gave a very mysteriousness to the character. 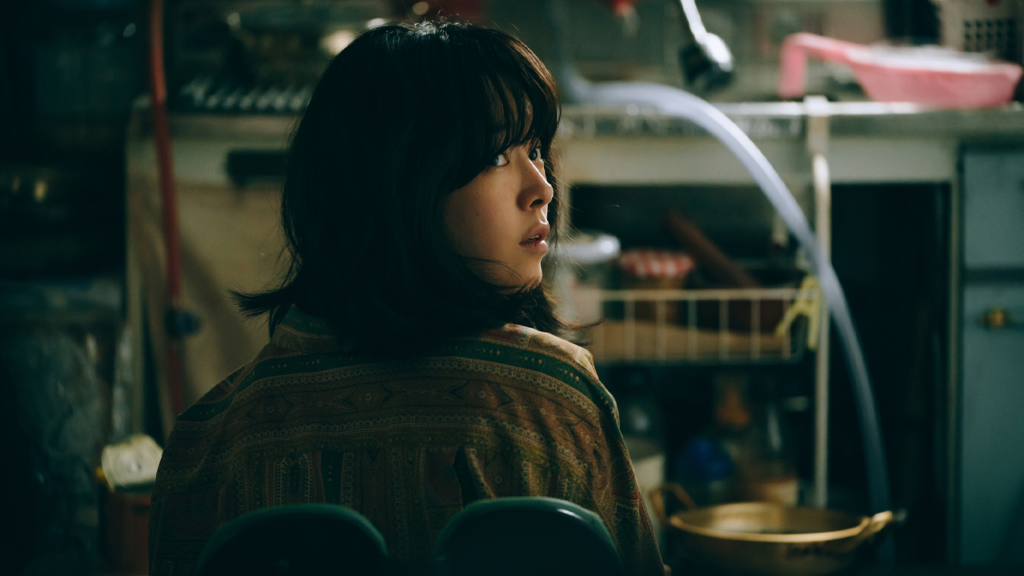 Also, Josée is a scary person, if you really think about it. This is a spoiler, so skip ahead a little if you don’t want to hear, but she tells Young-Seok to leave and never come back, but then changes her mind and tells him to never leave all of a sudden. Okay, let’s say this can make sense, but what’s scary is what comes next. She tells him if he ever leaves, she’ll spread rumors that Young-Seok forced himself on her without her consent. This is really scary, even if it was meant as a joke, as the atmosphere of that moment wasn’t a joke-telling environment. And the things she says before also makes matters worse and makes you wonder if she isn’t all there in the head.

However, I must say the acting by the two main leads was great. It’s no wonder Han Ji-Min is a veteran actress, and she portrayed the quiet, introverted Josée very well. Nam Joo-Hyuk is more well-known in the K-drama realm, but he pulled off the Young-Seok role very well. His performance in the recent K-drama “Start Up” was good, and his performance in this was equally good as well.

The last good thing I want to mention about <Josée> was the ending. There is a turn of events in the ending, and I did not expect that twist. It really caught me off guard, and I was really surprised. I wanted and hoped for something more throughout the movie, as I felt it was missing something. But basically lost hope for it as it didn’t seem like it’d have a twist or anything more than just being a slow burner. However, there was a real good surprise. 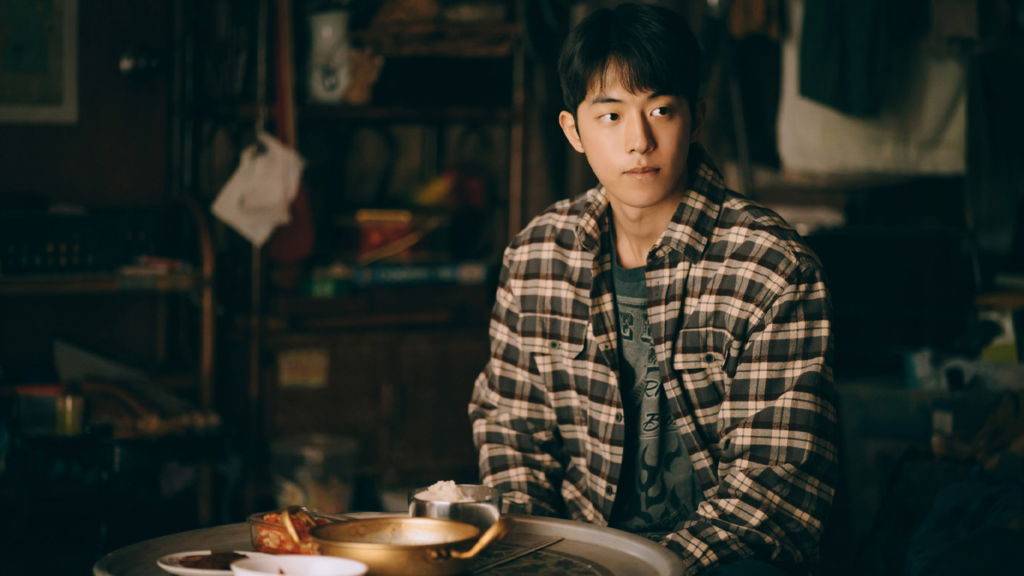 Continuing on the movie being a very real one, the bad part about it being a very “real” movie was that it was a very slow and mellow movie with not much action. It felt like an indie film with 2 A-listers. I’m not a fan of slow burners, so this wasn’t really down my lane, but I also think that this may have been partially unintentional. I couldn’t help but feel as if the movie was incomplete, and I think this may actually be the case.

The film’s distribution company “Warner Bros Korea” is closing its business in Korea, and so they’re releasing the movies they have in their library before closing. Maybe because of this, but I felt as if the movie didn’t get the true justice it deserved; as if it was unfinished in being production. 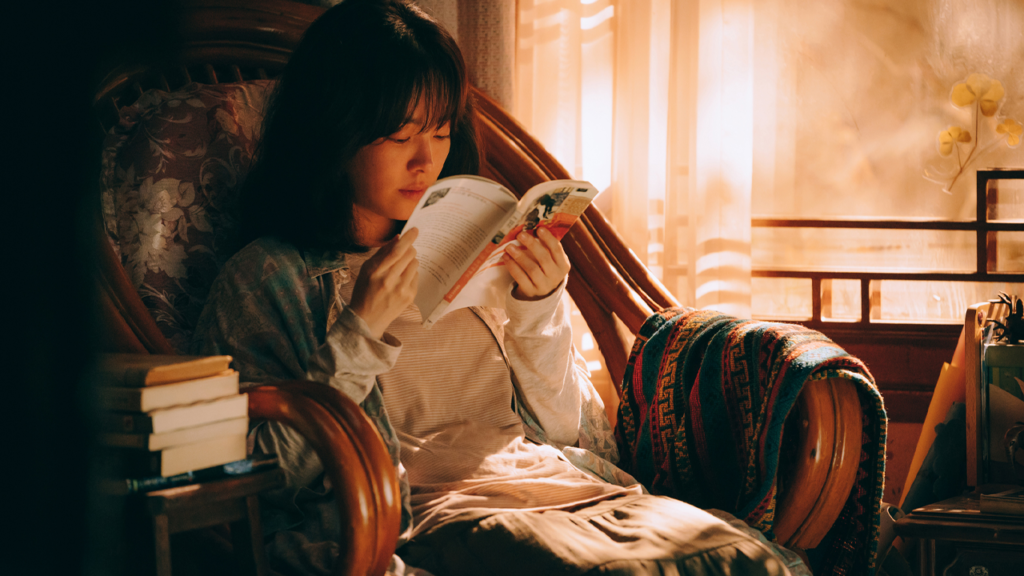 If it was intentional and was released after full completion, then I must express my disappointment. As mentioned, I watched the Japanese version, titled <Josee, The Tiger and The Fish> following the Korean version, and the two were so different. It was as if they were just two totally different movies. I definitely enjoyed the Japanese original way more, as it had so much more layers to it. There were elements of humor, drama, romance, and was just a feel-good movie, whereas the Korean version was dark, slow, and really didn’t have much action or humor at all.

Moreover, the movie runtime comes in at 117 minutes, so right under 2 hours. The Japanese version was also the same, having a duration of 117 minutes. But you know the saying that time is relative? Oh my do I agree with this when it comes to these two films. The Korean version felt way over two hours, as it was a much slower, darker film, and the Japanese version, with its comedic elements and quirks, felt more like an hour and a half. 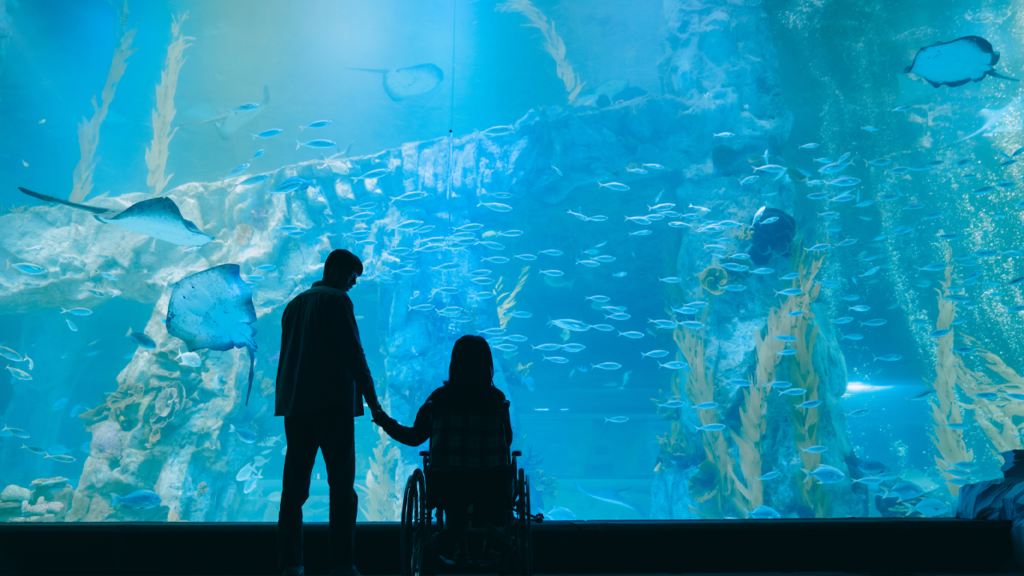 You can tell right from the start when watching that <Josée> will be a very “real” movie. If you are a fan of slow burners or indie-films, you may like this. However, it was way too slow for my taste. There were good elements to it, such as the acting and cinematography, but I thought the Japanese original <Josee, The Tiger and The Fish> fit my personal taste a lot better.