Hello everyone, and welcome back to another movie review by EonTalk. Today’s movie review will be on the K-pop film <P1H>.


This is the first K-pop related movie I’m reviewing on EonTalk, and the film is quite a move by FNC Entertainment! They call it a “K-Pop Cinematic Universe,” which is an interesting approach, to say the least, and when first watching the trailer for the film, I was wondering if it’d be like the start of a series of movies that all link together, much like the “Marvel Cinematic Universe.” Upon watching the movie, though, I don’t think that’s the case, but is a film that includes many different celebrities from differing fields of entertainment in one movie.

<P1H> was directed by Director Chang, who directed films such as <Canola> and <The Target>. The movie was made specifically for the upcoming group out of FNC Entertainment, “P1 Harmony,” and FNC Entertainment is a big entertainment company in Korea with many artists such as SF9, N.Flying, FT Island, AOA, and CN Blue. The company also has famous actors, such as Lee Dong-Gun, Jung Jin-Young, and Jung Hae-In, as well as entertainers Yoo Jae-Suk, Kim Yong-Man, Noh Hong-Chul, Moon Se-Yoon, Lee Gook-Joo, and Jung Hyung-Don. For a company to create a full feature-length film for the debut of a K-pop group can be very risky, but by including many of the already-popular celebs the company already has under its wing, it balanced out its risks. It’s most definitely a bold marketing and promotional move, and if successful, the returns may very well be worth it. 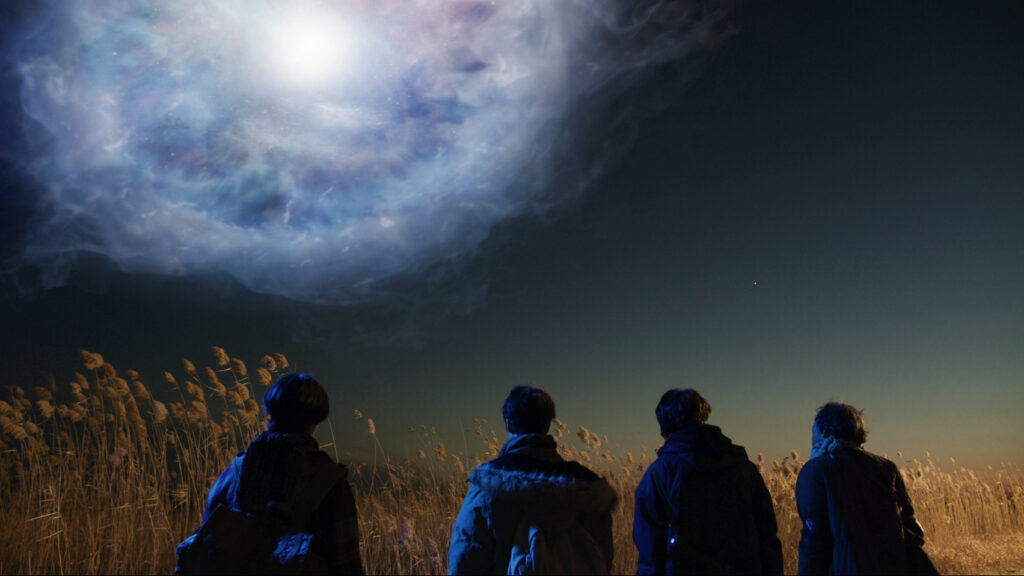 In the future, we are greeted with the ruins of Seoul following a plague that swept Korea. A small group of survivors try to find a way to get their lives back to normal, and with numerous drones filling the sky, hunting down the survivors with virus-infested needles, they must do whatever they can to stay alive.

In the past, two boys who cannot remember who they are, where they are, or just anything about what’s going on, suddenly wake up to unknown men chasing them down. They must try to figure out their identities and why they are the targets of these unidentified men.

And in the present, a high school kid lives a seemingly normal life. With an ambition to gain fame through dancing, he’s greeted with a sudden disastrous situation.

From the past, to present, to the future, these characters must save the planet from the virus that’ll wipe out Earth.

First, I loved that the film had lots of familiar faces. Granted, they were mostly FNC celebrities, but there was a mix of actors, singers, and entertainers in <P1H>, and it was fun to see and find familiar faces you know. And it was great to see well-known, big named, veteran entertainers willing to feature in this for their junior rookies. When Yoo Jae-Seok came on screen, it was like seeing a close personal friend you know in a movie, as you see him everywhere on TV, but never in feature films. His acting was pretty funny, and reminiscent of when he acted a little in the variety show “Infinite Challenge.” And there were many, many others that was very delightful to see.

Furthermore, the acting overall in the movie was good. I was afraid that it would seem like a B-class movie, as the main leads would be played by the P1 Harmony members who don’t have previous acting experiences. However, I was proven wrong. I was pretty surprised by their performances, and although not all of them were great and could use more practice, a lot of them showed great acting potential. Oh, and Seolhyun’s acting really improved as well. 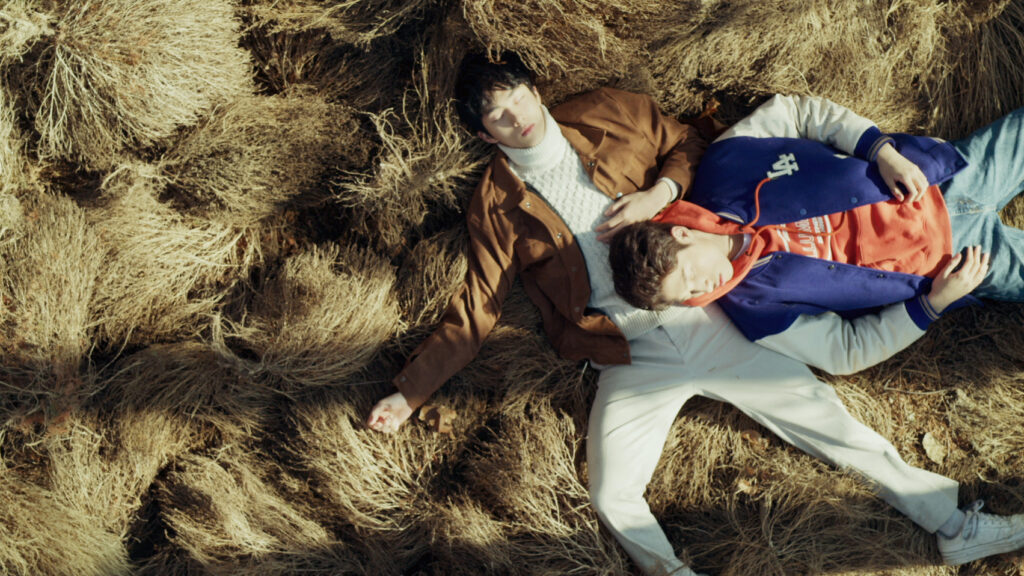 Also, the film had surprisingly good CG. It’s not the best in some scenes, but overall it was pretty good. The computer-generated scenes plaid a crucial role, as the movie had a very wide range of genres that required lots of CGI. <P1H> had action, thriller, SF, disaster, super hero, and zombie elements, and it executed most of those very well. It had good action and thrill, and I was alone in the theater when watching, and I was pretty shook during the suspenseful moments. Have you every been in an empty theater alone? It’s quite the experience, especially with movies that have thriller elements. Anyways, the story goes from dystopian theme, to super hero, to vibes of a Kdrama, to zombie attacks. All in all, I found it very enjoyable.

The last thing that I want to mention as a positive of <P1H> is that I really acknowledge how challenge-seeking FNC was with this movie. It’s good to see that they’re willing to invest so much for the debut of an idol group, and makes you excited for their debut. Surely, if they are willing to invest that much time, money, and effort into producing a full feature film for their intro, they must have great talent and potential. I’m assuming they filmed this either last year or early this year, judging by their winter clothes, which means they had the plans for <P1H> and P1 Harmony, as a group, in the works for some time now. 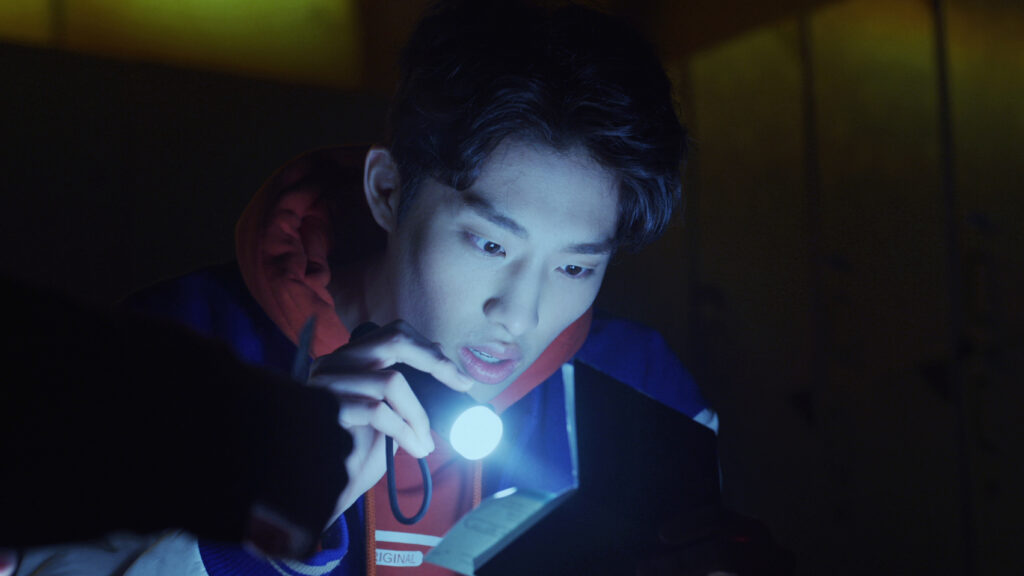 The biggest downfall of <P1H> that I found was that there were just too many things going on that it felt a little disorganized at times. As mentioned, the film is a mashup of many different genres and themes, and it opened up many different stories within the movie. I was worried about how they’ll be able to connect the many different elements and explain the story in the end. Ultimately, I thought that their ability to link everything together would be the determining factor for the success of the movie, in terms of the story. However, I didn’t like the resolution, and the ending felt a little forced and rushed. Compared to how enjoyable the film was, the ending didn’t live up to its build up.

Moreover, this isn’t necessarily a “bad” thing about the movie itself, but the film is said to be a “K-Pop Cinematic Universe,” but it’s not really a “Cinematic Universe” in the sense of like the MCU. At least I don’t think it is, and that’s not what I took away from the movie. Unless, they’re planning to make sequels/prequels, it’s not a cinematic universe in the same way that movies like the Avengers is. However, I’m assuming that they’ll link the movie with future music and music videos P1 Harmony will come out with, and possibly web comics or web series? Who knows what’s in the works over at FNC, but I’m excited for it. 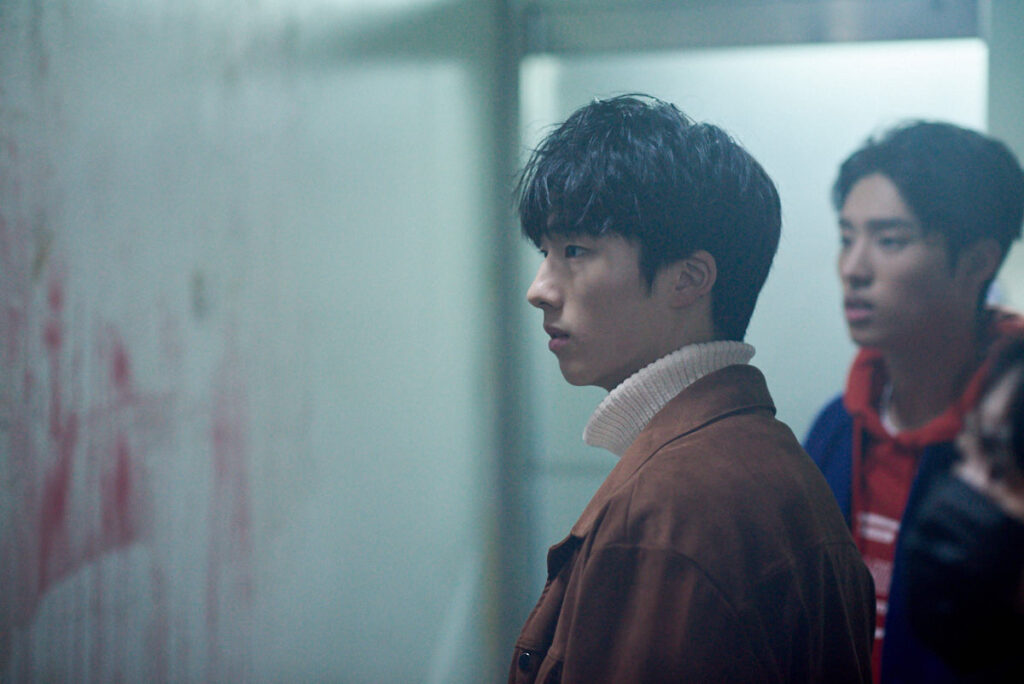 And finally, as mentioned, this was a very brave move by FNC to invest so much into a rookie group. Quite honestly, I think this may be a good way to get the faces out to the public. However, there’s undeniably high risks involved. Producing a movie isn’t cheap, and by no means does this movie look cheaply made. Will they be able to make a return on the investment is something that may be of worriment, as the film had very limited screenings. The movie was only available at Lotte Cinema theaters, and even within Lotte Cinema, there weren’t that many showings. As a promotional move, I think it was good, but as a movie, I’m honestly doubtful they’ll make a return. I guess the group P1 Harmony will just have to work that much harder to reduce the gap between investment spent and returns made.

When I first watched the trailers of <P1H>, I was worried, mainly because it’s such a risky move, and with movies that have the main focus of being used as a promotional tool, the quality isn’t that great. But I was wrong. This was a movie first, and a promotional tool second. It was actually very well-made and doesn’t feel like a B-class movie. It’s one hell of an intro for a rookie group, and I clap my hands towards FNC’s daring challenge. I personally think it was a success, as they showed that the P1 Harmony members are not only idols, but overall entertainers, being able to act as well. Even if the ticket sales aren’t great (which they won’t be), it was a good promotional move that’ll show returns in the longterm. The movie goes through many different themes, such as time travel, dystopian society, disasters, crime, and zombies, and I think it worked. If they would’ve polished the ending, it would’ve been better. Also, I would’ve loved to see this as a mini series as well.