Hello everyone, and welcome back to another movie review by EonTalk. Today, I’ve got the written review of the new Korean comedy <Oh! My Gran>. 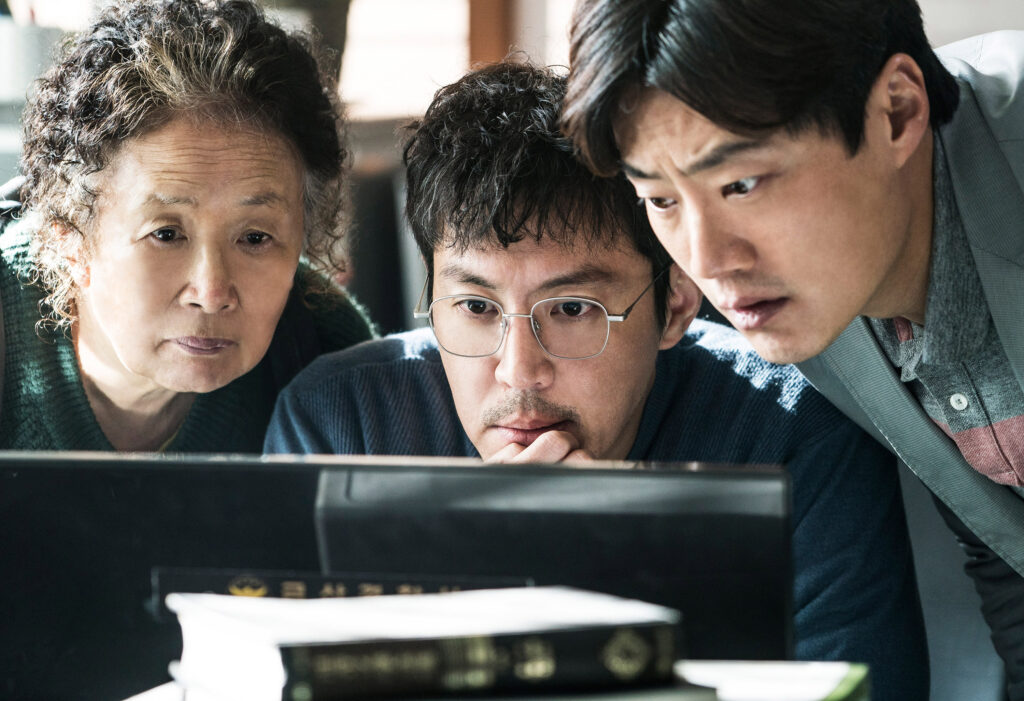 Directed by the first time feature film director Jung Se-Gyo, <Oh! My Gran> is a light comedic film starring the likes of Na Moon-Hee, Lee Hee-Jun, Choi Won-Young, Park Ji-Young, and Lee Jin-Ju. As you can see, the movie doesn’t have the most extravagant lineup, but you can’t deny it has some great talents. Na Moon-Hee is a highly respected actress in Korean cinema, Lee Hee-Jun showed an incredible performance in the film released earlier this year titled <The Man Standing Next>, and Choi Won-Young was a cast in the massively popular Kdrama “Sky Castle.”

The Korean title of the film is “오! 문희,” which literally translates to “Oh! Moon-Hee,” and if you haven’t noticed, this is the actual name of the lead actress, Na Moon-Hee. And similar to her past works such as <Honest Candidate>, <A Little Princess>, <I Can Speak>, and <Miss Granny>, <Oh! My Gran> is in the same lane, as it’s a comedic drama that not only delivers humor, but emotional moments as well. 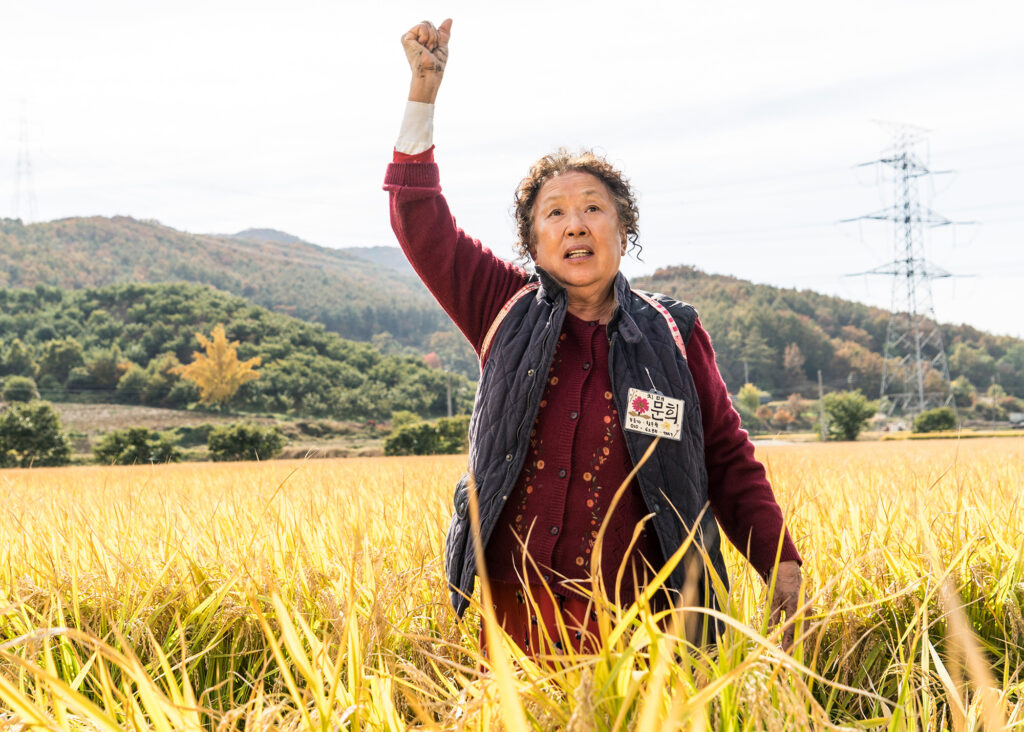 The movie revolves around the character, “Moon-Hee,” who witnesses the hit-and-run incident of her granddaughter but can’t remember the events of the night as she’s suffering from Alzheimer’s, and her son “Doo-Won” trying to track down the person who caused the accident. Let’s first take a look at the detailed synopsis of <Oh! My Gran> before getting deeper into the review.

The synopsis is as follows:
In the peaceful town of Geumsan, Doo-Won receives the sudden news that his one and only daughter has been in a hit-and-run accident. The only witnesses of the incident are his mother, Moon-Hee, who’s suffering from Alzheimer’s disease, and the family dog, “Aengja.” With his daughter, Bomi, in a coma and the police not able to progress the case, Hee-Jun grows more and more impatient. Just then, Moon-Hee remembers a key point of the accident, and Hee-Jun and his mother take it upon themselves to get to the bottom of the case.

<Oh! My Gran> was a very cute movie with cute characters. The grandma (played by Na Moon-Hee) was very cute, the little girl (played by Lee Jin-Ju) was absolutely adorable, and even the dog was really cute. I wished the young daughter would’ve had more screen time, but unfortunately she was in a coma state majority of the time. Also, I was surprised by how good of a performance the dog, “Aengja,” had (lol). Moreover, Lee Hee-Jun showed a great acting performance. It wasn’t as good as his performance in <The Man Standing Next>, but that’s a totally different genre of movie, and so, it’d be unfair to compare the two. He showed great acting in this, nonetheless.

Furthermore, the movie had lots of funny scenes, as one would expect from a film of this genre. However, it didn’t only have humor, but also elements of mystery and emotional scenes as well. It showed how scary Alzheimer’s disease can be, and in that sense was a “real” movie. 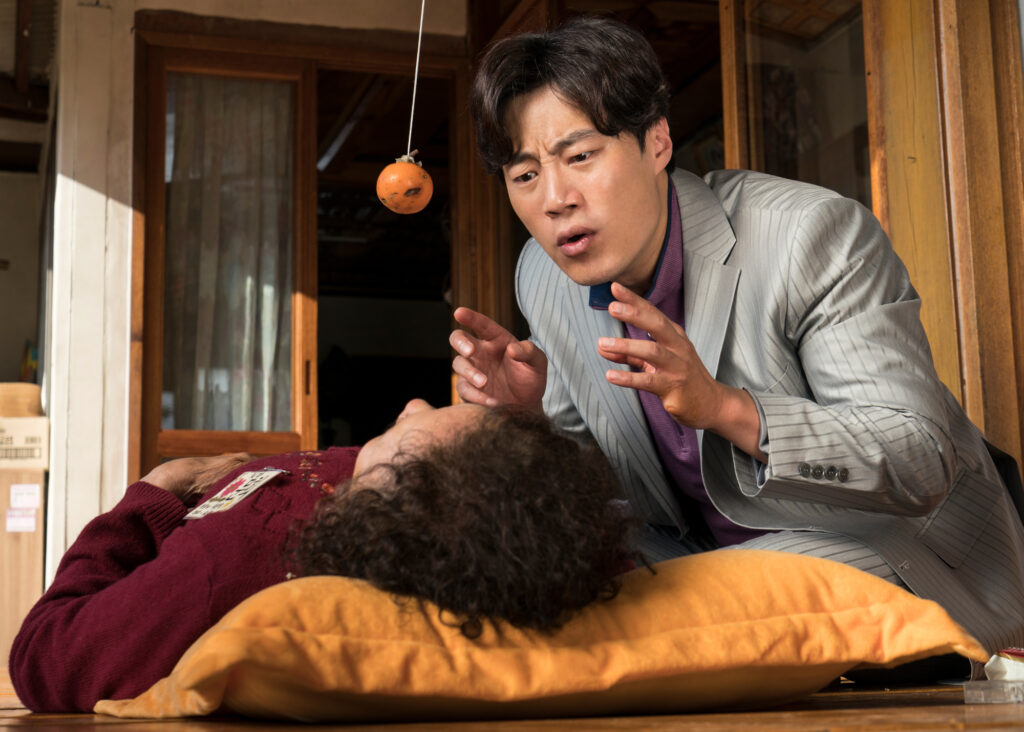 The movie has a predictable story that doesn’t surprise you with the storyline. The ending was weak with a foreseeable resolution, and although the movie comes in at just under 2 hours, at 109 minutes, I felt that it could’ve been shorter. The film drags a little, and seemed a little too long for a light comedy.

There’s a part with CGI (Computer-Generated-Imagery), and the CGI was so bad that it was funny. It almost seemed as if they made it bad on purpose, as if they were like “if we can’t make the computer graphics good or seem real, mind as well go in the complete opposite direction and make it really bad on purpose, and deliver humor in that way.” If that was the case, I’d say they were successful in doing so, as I found myself laughing the most in that scene. 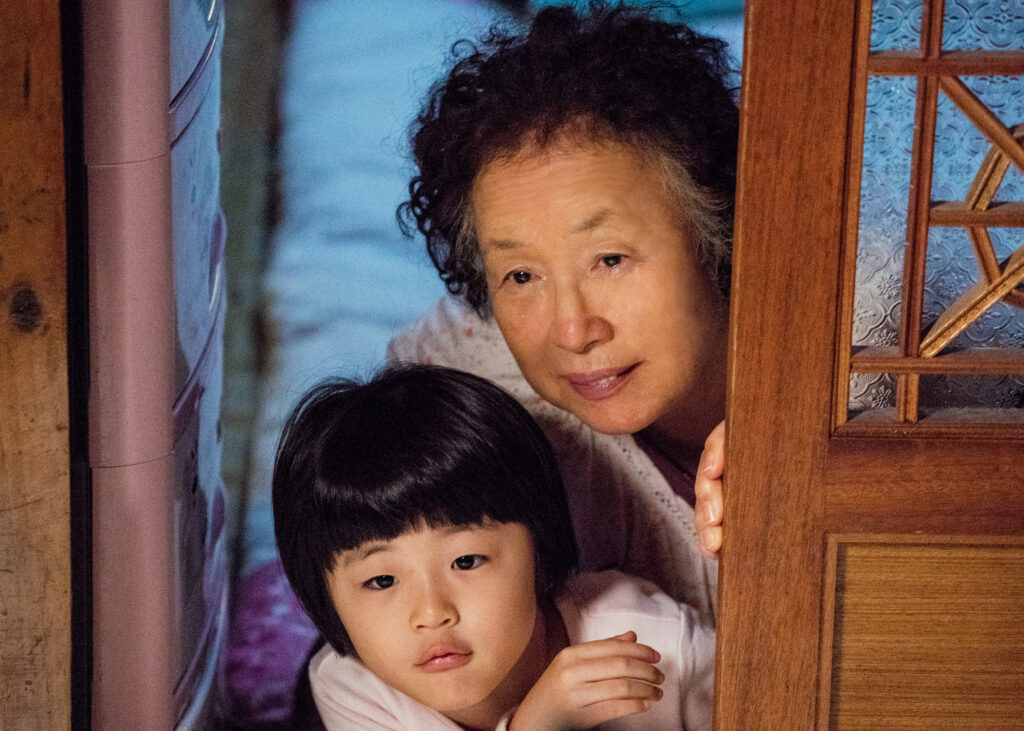 I mentioned that the movie had lots of funny scenes, as well as elements of mystery and emotional scenes as well, but I can’t say that they were all executed well. There were some good humor points, but then there were also parts where it seemed over-the-top. And funny scenes aside, the mystery was there, but very, very poorly executed. It felt as if they didn’t develop the story in terms of mystery beyond the rough draft, and the narrative flows as one may expect. Finally, the emotional scenes weren’t all that sad either, giving the impression that it was included just for the sake of having emotional scenes. The film overall, from the story to the characters, definitely needed to have been developed more.

<Oh! My Gran> had good acting performances by the cast members, but other than that, I can’t really say there was anything special about the film. It’s a light comedic watch that won’t surprise you in terms of its story. However, if you enjoy watching humorous films, I’d say this could be a decent light watch.