Hello everyone, and welcome back to another movie review by EonTalk. This time around, I’ve got the written movie review of the Korean film <Diva>.


<Diva> was directed by Jo Seul-Yeah, who had her feature film directorial debut with this, and the film marked the return of Shin Min-Ah to the big screens in 6 years. Starring alongside Shin Min-Ah were Lee Yoo-Young and Lee Kyu-Hyung. The movie is officially categorized as a mystery thriller, but it’s so much more. I’ll get into this in detail later. The movie revolves around two professional divers and the mystery surrounding their car accident.

‘Lee-Young’ is the focus of the professional diving world; the diva of diving. One day, she gets into a terrible car accident with her best friend, Soo-Jin. Following the accident, Soo-Jin goes missing and Lee-Young can’t remember the night of the incident. Rumors spread about Soo-Jin and the mystery of the night of the accident grows more and more. Lee-Young must get her head back in the game and maintain the superstar level she was once at. However, her ambition to return to the diving board and the secrets she didn’t know about Soo-Jin starts to drive her into madness. The diving diva submerges into an unknown depth of fear.

First off, the film was beautifully shot. I loved the cinematography from the start, and it set the tone well from the beginning. And mixing that with the audio it had made it that much more better. I especially liked the silent moments; those brief moments of silence really built anticipation and showed that you don’t need fast-paced music to give thrill and suspense.

Also, the movie was very different. You wonder what kind of movie <Diva> is after watching the trailers, and I went into it with a very vague understanding of what the movie was about. To be honest, I wasn’t really looking forward to the movie and had low expectations. However, I found myself enjoying the movie a lot more than I thought I would. The movie is not only a mystery thriller, but has elements of drama and sports, as well as horror, which I didn’t expect. The horror isn’t so bad that it’s unwatchable for those that don’t like the genre, but it’s there. 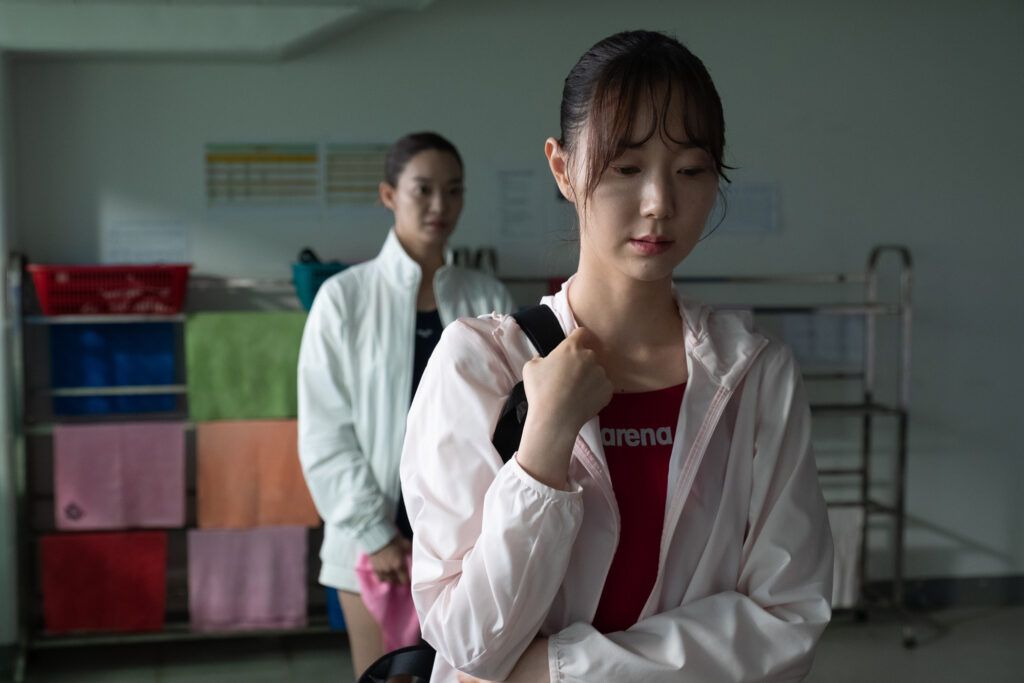 Furthermore, there were moments of thrill and suspense that were breathtaking. I found myself holding my breath and at the edge of my seat, grasping onto the armrest at the climatic thrilling parts. But the biggest element of the genres was mystery. I was asking myself “What’s going on?” and trying to fit pieces together while watching. There were also symbolisms spread out throughout the movie, such as the jellyfishes and scar, and trying to find them were a mystery in itself.

Moreover, Shin Min-Ah’s acting was incredible and it was great to see her return to the big screens. She hasn’t aged at all and it’s hard to believe that she’s in her mid 30s. Her beauty was mesmerizing, but don’t let that take away from her great acting skills. Her acting performance was chillingly good. 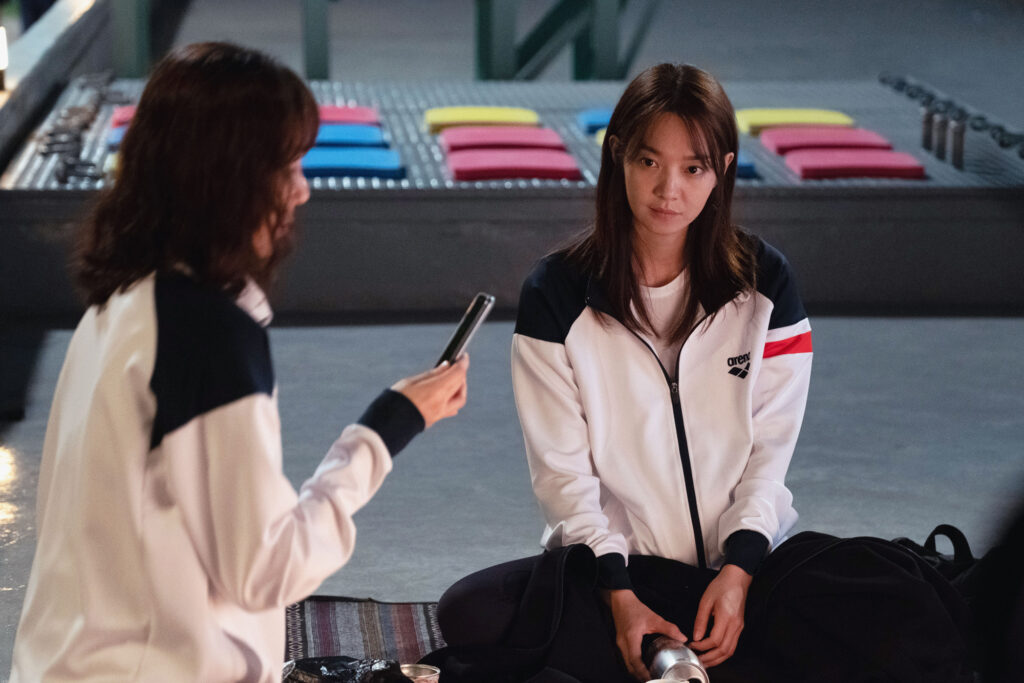 As mentioned, there was an element of the movie that I didn’t expect: Horror. This is a genre of film that I really don’t like, and so going into a movie that I didn’t expect to be a horror to end up having it wasn’t very pleasant. However, as I also mentioned, the horror isn’t too bad, and was watchable. But if you really really hate even the tiny bits of horror, this won’t be for you. The thing I hate the most about horror movies are jump scares, and this had a few of those.

One thing that kept bugging me while watching was my worriment of the ending. It’s common to see movies of this type to really have a good start and is enjoyable until the middle part, but just completely fall apart and burn at the end. This isn’t necessarily the case with <Diva>. The ending wasn’t bad, per se. However, I kept feeling like they wouldn’t be able to conclude the movie well with a satisfying twist or ending, especially since they did really well building the mystery and thrill. Long story short, the ending wasn’t bad, but it was okay at best, in my opinion. Let’s put it like this, it was like taking a fun, thrilling ride in a nice sports car, but you get to the destination and it isn’t what you expected.

<Diva> showed the return of Ms. Shin Min-Ah to feature films in 6 years, and what a return it was for her. Her acting was amazing, and the movie itself was a fun, thrilling watch. It was a good, enjoyable ride, but I will say that the ending wasn’t as good. It wasn’t bad, but it wasn’t good either. However, it definitely is worth your time if you like mystery thrillers, as this definitely executed those two elements very well. I recommend giving <Diva> a watch if you’re craving for a suspenseful time.